As well as posting on here PLEASE message Samsung directly via there online chat or via Twitter. The more they get hit the bigger they know this problem is and that it won't go away without action!


As well as posting on here PLEASE message Samsung directly via there online chat or via Twitter. The more they get hit the bigger they know this problem is and that it won't go away without action!

I have already used the chat, but I have just used the Contact CEO email with the following;

As a large multinational company I would have expected you to acknowledge the significant issue being experienced by thousands of customers worldwide. There has been no official response on any of the community support forums. The lack of response is leading to speculation that this is a deliberate act of sabotage. This failure to communicate with loyal customers is doing irreparable damage to your company's reputation. Please review this policy of silence and post updates on your website. Thanks

It will probably be ignored but I thought it would be worth a try. I have used this method with other companies and had some success.  🤔🤔🤔

Also being Sunday they will not see it until tomorrow 🤔🤔🤔

I have the same issue in the Netherlands

Same issue, same timing. UK. HT-J5500. Will be taking up with Samsung through all available channels.

Same issue here. It started about 3 days ago.

Done the Samsung webchat and they've advised that an engineer is already looking at the issue and they will update once they have an official statement from them.

Not sure if it's relevant or what it means but I can't find any new Samsung home cinema systems.  You can buy new Soundbars but no full surround products available anywhere.   Looks like they've stopped making them.  Any ideas on what resolution are they likely to be able to provide if no alternative products?

I'd guess everyone would get $5 off a new soundbar or some other token attempt to make this go away. My J4500 is about 4 years old, and I'm sure they won't be sending a new soundbar or a usable fix for my current system. 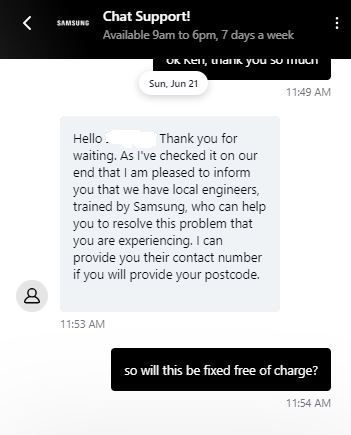 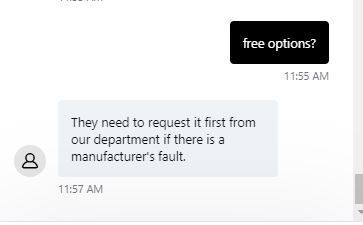 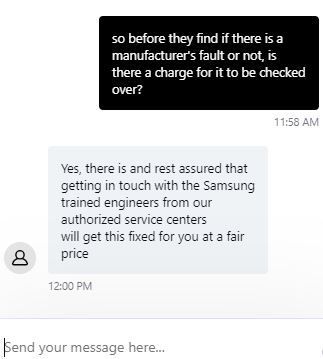 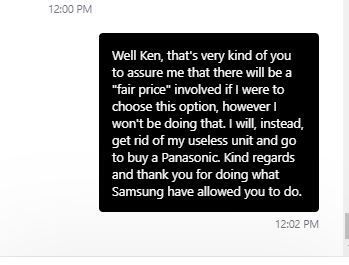 Whirring from the bluray (like it was just firing up) on a 5 to 6 second cycle, no sound from the TV, disk drawer only partially extended at the first attempt, when opened no Bluray disk would play (and there was another strange sound, you could cycle through the functions but occasionally the graphics would flash onto the TV (Samsung) but for less than a second (hence no chance to enter settings for a USB flash).

Its a long sentence but that was the symptoms.

Was it the touchscreen? (This has recorded a similar problem in previous posts.) Opened the box (it is 4 years old) disconnected the ribbon?....Nope! Again.

Checked the motherboard, no bulging or leaking capacitors....all looks good!

No dust in the box...Check!

Each test resulted in the same bootloop.

Much trawling of the web later on Thursday Morning, using different descriptions......still no similar problems logged which matched mine.

Next Youtube, on Friday evening a greek chap with 2 minute video showing a rebooting Bluray with "no disk" on the panel at each boot, this looks familiar thought I!

I had researched keeping the speakers, buying a new Bluray and AV receiver (by others...) to replace the Samsung unit...cost? Circa £300.

PLEASE, PLEASE FIX THIS - SAMSUNG, replacement will an unnecessary expense.

AND ITS YOUR FAULT IN THE FIRST PLACE!!!

Old SSL Certificate? Lazy cynical behaviour, especially since you no longer market a replacement for the Home Theatre bluray system.

There, got that off my chest.

GOOD LUCK, EVERYBODY or should I say FELLOW SUFFERERS!

Thanks for all the posts they helped me confirm what I suspected, that SAMSUNG HAD BRICKED THE DEVICE!!