I have a 7 month old A32 5G. A couple of months after I got it I stopped seeing the 5G symbol. The instrument was not connecting 5G anymore. But it worked as if it was not 5G capable. After a couple of months trouble shooting with the carrier they said return to Samsung. I opened a ticket and was told to take it to a local walk in Samsung repair facility.

The tech said send it back. I sent it in. I just got an invoice for $117.99 for an in warranty phone. The rep said that the technician it was a moisture issue. That is a bunch of *****. It has never been around any water. If only one component of the instrument failed because of moisture I think its just an excuse for Samsung to charge for a defective instrument. The phone worked fine except for not connecting to 5G. I told them just send me back the phone and it better still work. Makes me not want to purchase any more electronics from Samsung! 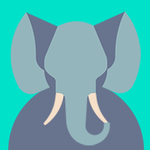 Galaxy A Series
Send an email to Samsung ceo or something. I am new to EU community, back in india we have specific email id for this kind of stuff. You can contact a moderate for the same
0 Likes
Share
Reply

You know I would if I could find the CFO of the US operations team email.

Galaxy A Series
Umm Google it , that's the best option or contact a moderator in this community
0 Likes
Share
Reply

Can the moderator get anything done? And how do I contact him or her?

Galaxy A Series
Not Surry of there names, but you can find them I comments. Just dm them
0 Likes
Share
Reply