Hi all, the strap on my gear fit 2 has broken and I bought a copy as replacement as I couldn't find a genuine Samsung strap. The copy strap keeps popping off the watch face so I don't trust it to keep my watch on my wrist.

I contacted Samsung today and they said that the strap isn't covered under the warranty but I can buy a new strap. However, when I was transferred to sales they said they don't have official replacement straps but they have some resellers that offer straps. She gave me 3 companies - formysamsung, e spares and partmaster. I've checked all of these online and none of them sell straps either.

So I now have a fitness band that I can't wear! Has anybody else had this issue? I can't believe Samsung don't sell replacement straps, just shows that they're only interested in selling new things and not interested in providing after care...

Sorry to hear you've been having trouble sourcing a replacement strap for your Gear Fit 2. As a workaround for this issue you can try visiting an authorised Samsung Support Centre to enquire about fitting a new strap or fixing your existing one. This will be a chargeable service however it will ensure that the strap is genuine and that any work done will not affect your existing warranty. To find your nearest Support Centre please follow the link below, select 'Mobile Device > Phones, Tablets and Wearables' and enter your post code: http://www.samsung.com/uk/support/servicelocation/.

I've had a look at the link you shared and my nearest service store is 25 miles away.

This is hardly convenient and confirms my thought that Samsung is not interested in keeping existing customers happy.

I think this will be my last Samsung product.

I agree it's a conundrum why Samsung have chosen to not sell straps.

Accessories I would have thought are a good revenue earner?

Have you tried Amazon or eBay for example.

Another option could be to search for someone selling one of those watches that's non working etc just for the strap.

Sorry so hear others have had problem with strap on the Gear Fit 2 breaking.

My Gear Fit 2 strap broke one side of my watch today 😢 all i was left with was 2 stubs protruding from watch where strap had been connected. I'm assuming new strap fits on these stubs 🤔 I now realise the end had broken apart on the strap I Also learned how to remove the strap its important when you push the release tab you try to slide towards you from the watch. 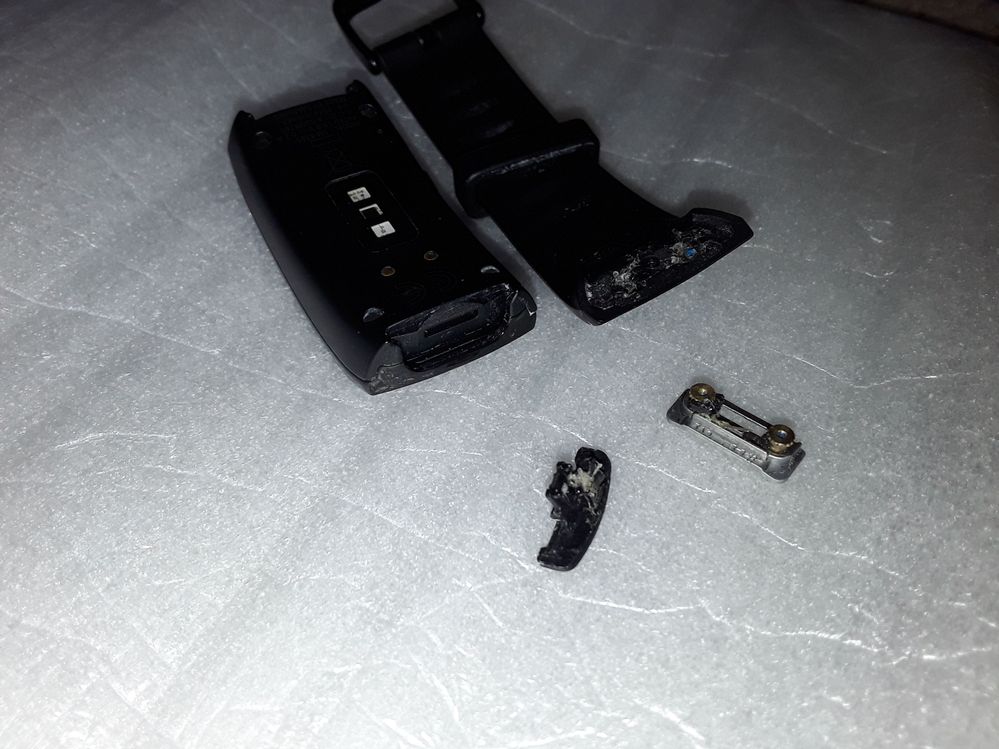 towards you from watch, Pics of my broken strap and one I had removed. 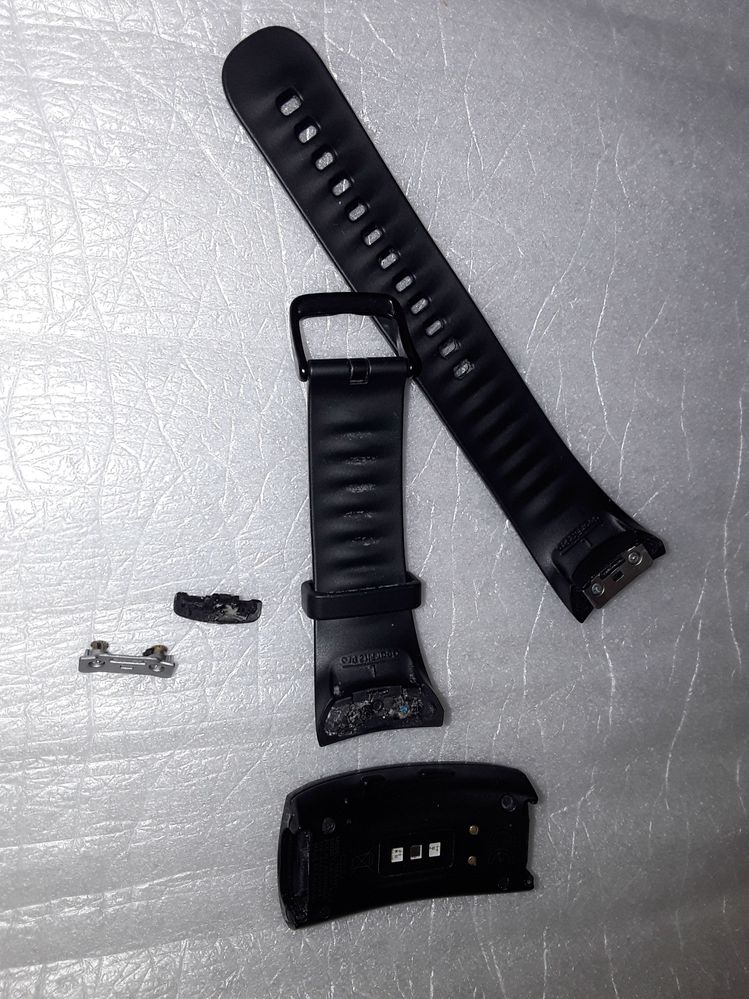 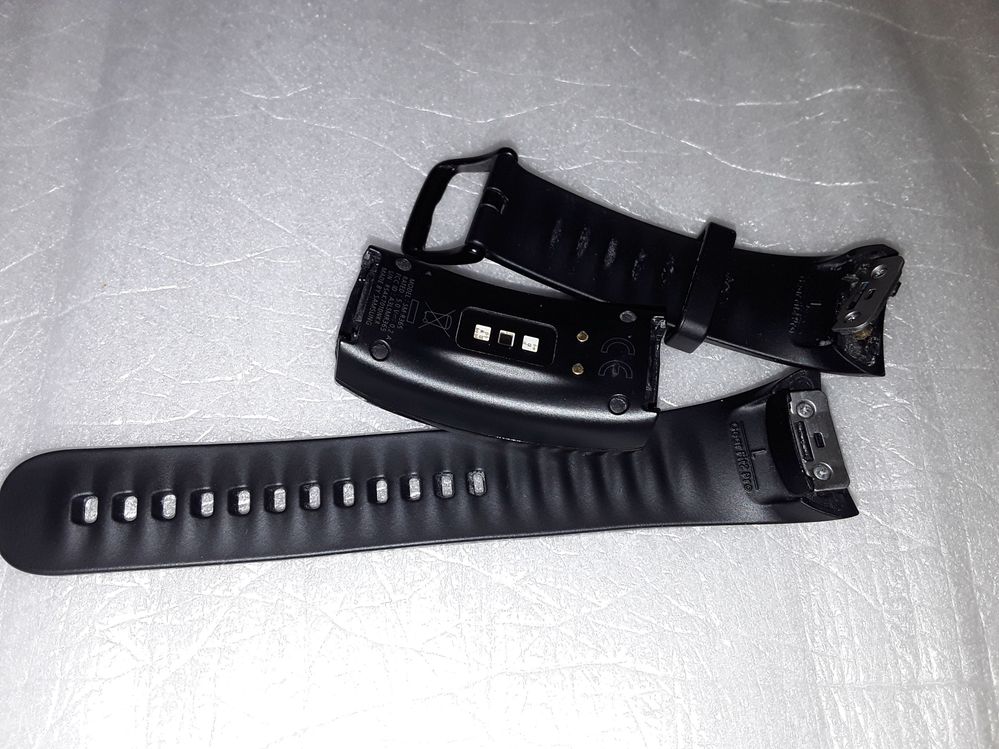 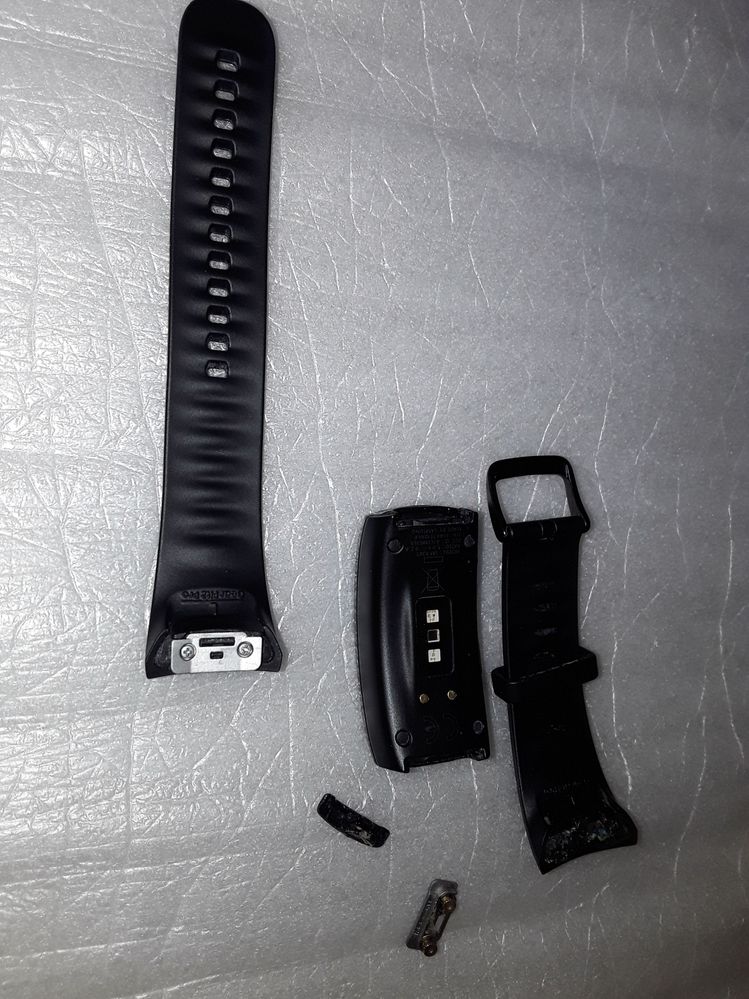 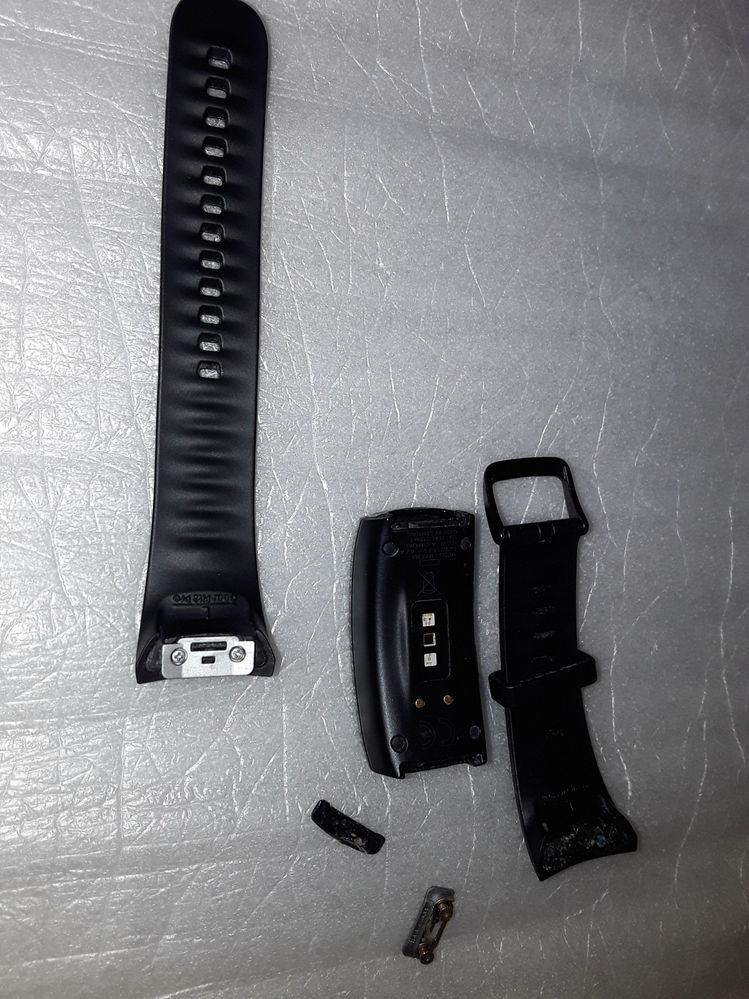 Disappointed now with the watch and lost confidence with it staying on my wrist I was hoping they were more robustly designed but now only 3 months old 😮 the straps broken already.

After having my watch for only 6 months my strap also broke and it was sent to Samsung South Africa, one of Samsungs technicians assessed the watch and responded by stating the following "your units warranty is void due to physical damage."   I was very disappointed as i think this is a design fault that Samsung needs to address urgently.  My watch was not being abused as they made out to be.   I agree with you that these watch straps should have a more robust design and hopefully Samsung will address this issue urgently. 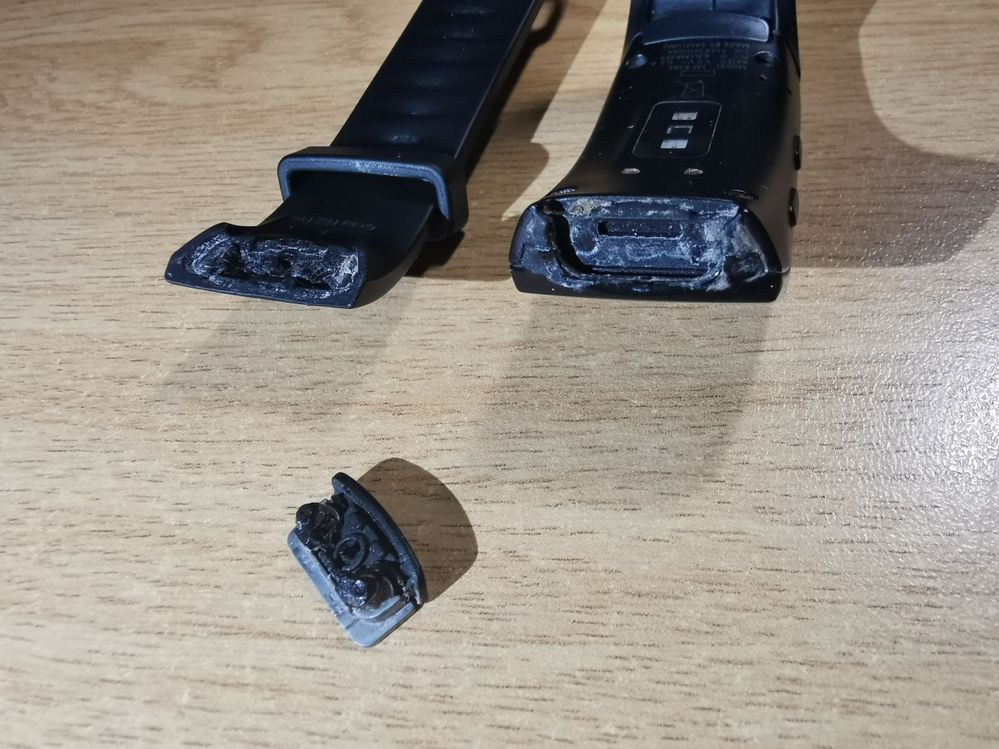 Sorry to hear your strap has broken, mine was only 3 months old with normal usage when it suddenly fell apart. Definitely poorly designed you would think the least they could do is sell replacement original straps at low cost 🙂🤗

Add me to the list with a broken strap after 3 months, exactly the same as the photos posted in this thread. I was putting it on my wrist when it broke. I have no idea what kind of support I will receive here in Thailand

Sorry to hear about another broken strap good luck in finding a replacement.

Wearables
This same thing happened to my watch yesterday. Were you able to find a solution to this problem?
1 Like
Share
Reply

My third Gear Fit 2 Pro watch looks like yours, so I just ordered a new, non brand name replacement band. My Gear Fit 2, which I bought as soon as it came out, the bands broke where the metal piece was still attached to the watch. My mistake, I should've looked at how they're supposed to be attached , but I was in a hurry to get to work and didn't want to leave my watch. I glued the band back on, but effectively super glued the metal piece into place , which I now know is how the band is supposed to detach from the watch. Whoops! I bought the rugged silicone band, but with the connector pieces still attached, it band looks warped.

My second Fit 2 watch (but first Fit 2 Pro watch), my mother in law got for my birthday. She felt sorry for my beat up, glued together watch. I immediately ordered a replacement band with a traditional clasp, since it easily fell off when my wrist brushed my thigh. This version didn't have the traditional clasp, and it was made where you push the little piece into a hole. Bad design. I went to the store and when I got home, the watch wasn't on my wrist. I was never able to find it, so someone scored on a brand new fitness watch. I received the band I ordered the next day and bitterly returned it right away.

I decided to get a cheap knock off fitness watch and wait for the next Fit watch to come out . Instead of an improved Fit watch, they released the cheapo Galaxy Fit that isn't worth the $80-$100 they sell it for. Samsung sold me on the original Fit line, and it's exactly what I want - a fitness watch with a few smart features. Now all they offer is a full blown smart watch or a dumbed down fitness watch. I feel as though they alienated those who were drawn to the original Fit line to begin with. I bought a used Fit 2 Pro, have had it for a month, and the Samsung band once again broke with the metal piece still attached to the watch. I'm done.

From the never ending, pain in the ***** curved phone screens, the fragile glass backs, and getting further away from what their customers desire, this will be my last Samsung watch and likely my last Galaxy Note phone . I still have a Note 8 because I'm still trying to decide who will get my business next. It'll likely be a mfg who understands that some customers still use the 3.5 mm jack (like when I accidently leave my Bluetooth ear buds at home, or want to use my high quality, studio headphones, or to use my still functioning Square credit card reader. I don't want to buy a new card reader, where I have to stop charging my phone to use it, because Samsung has decided for me what I no longer want or need the 3.5 mm jack). LG has a phone with a stylus, but I'm waiting for the next generation of it. I've had only Samsung phones for over a decade. Sadly, they've all but pushed me out the door.

same is with me as well with same strap

The one clip keeps popping out .. .have tried a replacement strap which improved thing slightly but it still falls off constantly   Have now got a cracked screen from it falling off my wrist.  Bought in USA and Samsung UK won't even contemplate fixing it.  Samsung US have asked for me to post to them but not good enough aftersales care!