Galaxy Z Fold | Z Flip
My flip 3 screen protector it coming off my phone I'm to afraid to take it off and get a 3rd party screen protector and apply it myself I can remember reading somewhere when I got my new phone that you can get significant discount on your 1st screen replacement. does this discount still exists and how much will it be?? Link?
0 Likes
Share
Reply
7 REPLIES 7

Galaxy Z Fold | Z Flip
I'll be honest I wouldn't be sending it to Samsung to replace,you will see alot of horror stories about how they will claim it's not under warranty or you have damaged the actual screen and will charge £££ to fix it.

@Rueben: In this instance it is recommended that you reach out to our Help Desk directly to enquire about arranging the screen protector replacement through an authorised Samsung Support Centre. If you have a Samsung Care+ policy then please have your policy number to hand when you get in touch.

Galaxy Z Fold | Z Flip
Don't send it off to Samsung! They will remove your screen protector, tell you that it's warranty is now void due to physical damage, and then offer to fix it for £400+. When you refuse, Samsung will return it in a worse state than you sent it.

My advice comes from being a UK Samsung iPhone user. 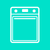 just here to say that this phone is a POS that Samsung won't cover. I got the hairline cracks in the screen that developed into a black horizontal line and now a big black blob. Samsung says it's not covered under warranty, $250 bucks to repair it. I'll be selling this phone as soon as I can. Anyone starting a class action lawsuit for this???

To add insult to injury, they're offering $50 dollar cracked screen repairs on phones from the S9 onward, EXCEPT foldable phones....hmm I wonder why....

Was your experience with a flip/fold device?

I took my previous device, a S20FE into a store & had removed factory screen protector & the damaged screen  & outer frame were replaced within 3 hours with a no quibble warranty fix.

I've a Z Flip3 that I left screen protector on as instructed & after 7 months the crease looked more prominent. After a few more days of light use it looked a bit like a pencil rubbing across the middle. It still worked fine & no cracks. While looking for advice before contacting Samsung I turned it off & using my spare device. The flip still worked both top & bottom parts of screen open or folded.

Opened it to power up for pics to send & it's even worse than when I was using it & can't unlock it as bottom half blacked out. Never used without a Samsung case, never dropped, got wet etc. In fact most of the time it's never even been outside the house.

Not sure if sending it off for "quote" to fix it just going to be told it's not covered is wise, but my home insurance will need a quote. If not being repaired by them won't Samsung have removed the protector & who kmows whatelse while checking damage. Surely it should be returned in the same or better condition than they received it.

I paid less than todays RRP originally but insurance pay new for old, not lower cost or reduced figure for annual depreciation so that's a relief.

But if Samsung say repairs needed as warranty void for any unknown reason then I'm not sure about getting original device repaired to the as new condition if they don't even put a replacement protector on.

My protector is still 100%  intact with no marks or signs of any use.

Do I risk sending it as no store near me now so don't fancy wasting a day travelling if I'd have to go back again.

if you have a spare, send it in. it's free. ubreakifix said they wouldn't attempt to repair since it'll be up to Samsung to reimburse them -- and they didn't want to take the chance that it wasn't covered.

take pics before you send it out 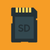 I’m experiencing this now. Sent mine back as the screen was coming un-glued on the fold. The didn’t mention the screen at all and just said warranty is void due to cosmetic damage!