A70 not charging / Warranty void 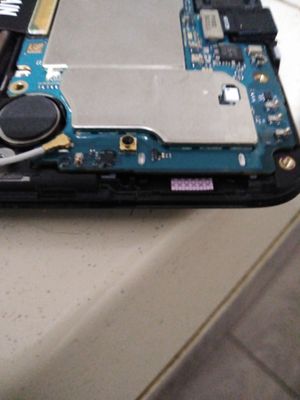 Hi all, this is a long post so please bear with me.

So I been having problems with my A70 charging after my screen was repaired through insurance by Samsung.

3 weeks after I got the phone back the phone would not charge, after buying new chargers to rule that out still no luck then one day out the blue it started charging again and was fine for about a week then stopped charging again.

I few days later a tried again and nothing but tapping the back of the phone brought it to life and it was charging which lasted 2 mins, after tapping again it would resume charging and I managed to get it to 14% now it won't charge at all.

I've also heard online about the latest android 10 update which can and has bricked a lot of Samsung devices and prevented them charging, I updated to android 10 a few days before in stopped charging so I'm thinking this may be the problem.

Apart from this the phone works 100%

Since my screen was repaired by a Samsung approved repairer my phone was still in warranty so I made a booking on Samsung website for the WEFIX mobile repair service to come out.

Today the technician arrived and I explained that my screen was repaired and the charging problem along with the android 10 update.

He said there was a lot of problems with the update and informed me that these phone are supposed to be high end phones but are not and supposed to be moisture proof but aren't.

Anyway he took my phone into the van and I was excited to be having it fixed within an hour.

An hour passes and he comes to my door and says sorry BAD NEWS, your warranty is void due to moisture being detected, WHAT?

Told him the phone had never been near water or been in the rain and he said that it can happen if the phones been in your pocket, SERIOUSLY if this is correct then its not fit for purpose.

He said that theres moisture indicators inside and these are little tabs that turn pink/purple when liquid or moisture gets inside and after inspection they had changed to pink/purple therfore the warranty is void due to accidental damage.

He also pointed out there were other faults including,

A bent frame, Screws missing and the main board had a dent in it.

He said that this was due to whoever repaired the screen and made a bad repair resulting in moisture getting and one thing leads to another which has caused the charging issue and there was nothing he could do.

Feeling gobsmacked he left me with useless phone that won't change now apparently out of warranty.

When I got back inside I was looking at the phone and noticed that he never but the back cover on correctly and it was sticking up in one corner, so I decided to investigate myself and took back cover off.

My first consern was the moisture as this had apparently made my warranty void, after a Google search on the moisture indicators I learned these are little white tabs with pink x marks on them and when they come into contact with liquid/moisture they turn pink/purple.

Looking at the phone I found 4 of these in total, on the mainboard, charging port and 2 on the frame, none were pink/purple in colour whatsoever and were white with the pink x marks and clearly not been in contact with moisture (see photo)

After further investigation I found the frame not to bent at all, no screws were missing and no dent to main board.

Surely if there was a dent on the main board the phone wouldn't function at all.

After putting the back cover on the phone power's up normal and is 100% fine apart from not charging, it's now at 4% battery.

Now I'm left puzzled to why the technician was lying saying that the moisture indicators were pink/purple when clearly they aren't and that screws were missing along with the rest.

Do they get commission if they deem a phone out of warranty due to accidental damage?

I'm glad I had a look inside to find out that his findings were false but feel cheated he's lied and said my phone is out of warranty and there's nothing that he can do.

Can someone please help and give some advice and point me in the right direction of what I now should do.

At the moment I'm sitting with a phone that's 4 month old, apparently out of warranty that I'm paying £35 a month to be a paperweight.

Ive be loyal to Samsung since the first galaxy and think I may go elsewhere if they don't resolve this fast.

Any help would be appreciated.

If you have a Samsung Experience Store go there for advice too.

If the phone was supplied by a Network as part of a contract then it would be them that applies the warranty not Samsung so try them too.

Water sensors can be tripped also due to sudden temperature changes which can cause moisture inside.

However as you've chosen to open the phone yourself and they become aware of this your warranty is definitely voided now.

Do you have any other type of insurance such as Home Contents or some Bank Accounts provide cover as a perk of the account.