How To Disable My Monitor's Auto Onscreen Display (OSD) Popup?

I have a Samsung SF350 27 Inch LED Monitor, and every time I go to the computer after the display has gone to sleep, it pops up an annoying onscreen display (OSD) for about 10 seconds. I don't need it to pop up every time it wakes from sleep. It is very large, intrusive and annoying. I don't even understand the use of it. As well as this, it pops up in the bottom right hand corner of the screen and obscures my Windows 10 notifications. 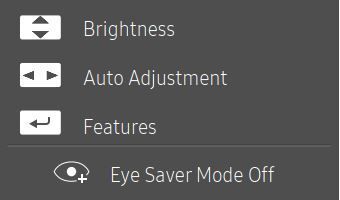 Can someone please tell me how to disable it?

I have since found out that the name of the annoyance is a Shortcut Button Screen (OSD Menu).
I have contacted Samsung Support and they are unable to fix it, so beware of this very annoying functionality.

I am going to purchase a new monitor. And no, not a Samsung. Once bitten, twice shy.

Thanks for your reply, Spash, but it is already off.

I tried turning it on and off again, but still the annoying Shortcut Button Screen (OSD Menu) persists. 😞

Hi, I got same very annoying problem. Did you found solutions?

I have the same issue on my 24T35F model, pretty annoying...

Unfortunately, Samsung don't have an answer for this problem.
I contacted Samsung Support, and they were baffled as to why this would happen. They said there was no logical reason for it to continually pop up like that.

They went through every setting they could think of and even did a reset. Even the support guy agreed that it shouldn't be happening. He said he would look into seeing if there was a fix in any firmware update, but I never heard back from him.

I even tried using it on other computers, but the same thing happened.

Yeah, me too. I have 3 products of Samsung and I have sell all with cheap price. Never buy again. And I will post it other place for help other people.

They said will check firmware soon. And well, now 1 year passed and nothing happen.

This is pretty ridiculous. I just received a S80A UHD monitor which I am using an Xbox on, and every time I go from one screen to another or one game to another, that screen pops up. There is also a long delay between screens that used to never happen on a television set. It's like the screen turns itself off completely for a few seconds, which is really annoying. In addition to that, the screen is pretty dark and I have already configured all of the settings to make it as bright as possible. There just seems to be a sense of darkness that shouldn't be there. Really annoying.

Sell with cheaper price then buy another Brand monitor bro. They never fix it, I have waste too much time for contact support over year, and nothing helpful.