I have a Samsung Q95 tv and recently just bought a Q950T samsung soundbar and constantly have issues with eARC.

I have connected them through HDMI 3 port of one connect box using the HDMI cable that came along with the soundbar.

However, I keep seeing TV ARC on the display of the soundbar instead of eARC.

I have made tons of attempts :

I also have to say that even when I have eARC on, even if it is not working since TV ARC is shown on soundbar, I have sound (instead of other reports I saw around here about not having sound when you have eARC on).

Does anyone has any clue what I can try and solve this thing?

I have seen other reports here that other users have similar issues but most of them I think report that they have different brands of TV and soundbar (mostly SONOS i think).

It is really frustrating not getting a TV and soundbar of the same company to work!

We have similar issues having just spent a lot of money on the Q700t TV and the Q950t soundbar. We have bought a brand new HDMI 2.1 cable and have manged to get the eArc and Atmos sound working. However, the eArc connection sometimes disappears but remains connected through Arc instead (Atmos sound is reverted to 5.1). If you switch the TV off/on at the wall and then go to settings you can get eArc working again but toggling the eArc Auto/off button. But this is frustrating given the amound we paid and that both products are Samsung. Any ideas what is going on here? We are running the latest firmware on both Tv and soundbar.

Additionally, we have had to switch off all the sound enhancements (adaptive sound on the TV and virtual surround on the soundbar) as when watching anything, the talking was too quiet and the background noise was suddenly too loud. Any ideas was it going on here also?

“Additionally, we have had to switch off all the sound enhancements (adaptive sound on the TV and virtual surround on the soundbar) as when watching anything, the talking was too quiet and the background noise was suddenly too loud. Any ideas was it going on here also?”

We have the same issue with the same TV / Soundbar combo - makes no sense. Following for responses that hopefully include a quick fix!

We are greeted by this error message everytime we switch on the TV (Q700t TV with Q950t soundbar connected via e-ARC HMDI 8K cable). Really annoying. Strange that a samsung tv doesn't seem to work seamlessly with a samsung soundbar (lots of money for the setup). Noted that Samsung havent commented on any of these posts. 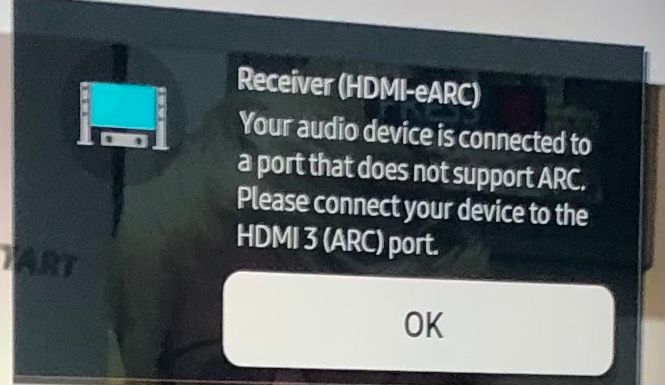 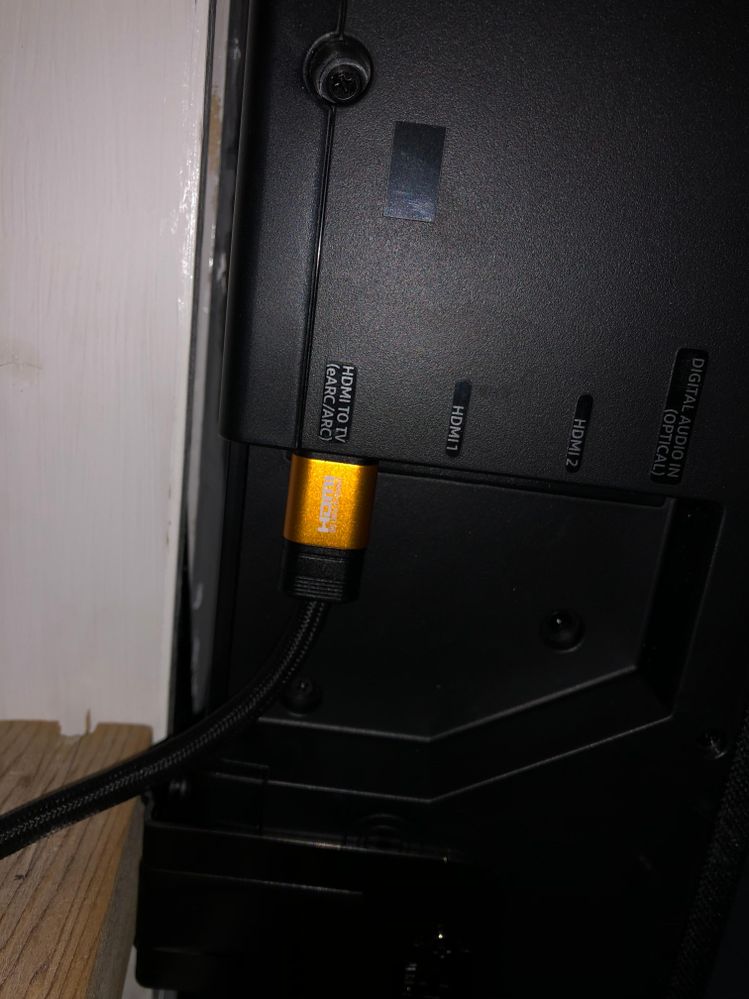 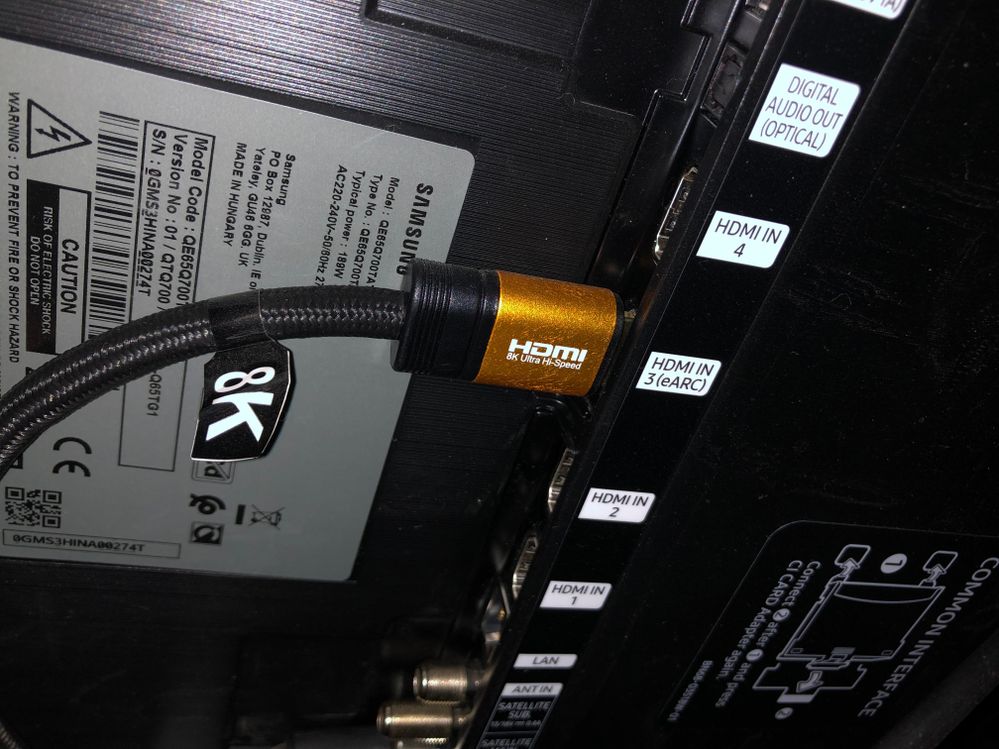 I replaced the hdmi cable with a 8k cable and it didn't solve anything.

Even with the last firmware update for the soundbar...

Sometimes it works for few days and then it crashes.

We've had the same problem. Since the beginning. Qe55q95t and hw-q950t

The replaced the mainboard of the tv and the one connect box. Problems still occured.

Then I've send the soundbar to the repair shop of Samsung. The have replaced the mainboard of the soundbar. And everything is working fine since then.

Now we have a new problem. The soundbar doesn't always turn on with the tv. That's why I'm here, searching for a solution..

Audio & Video
Hi..I'm having the same issues. Samsung
QE75Q900T TV connected to a Samsung Q950T soundbar via the eHDMI ports.
I phoned Samsung. They did a remote reset on TV & Soundbar but after turning the Set up back on the next morning the problem had returned. It's not recognising that there is a cable in the Arc hdmi. The only way I get sound is if switch to WiFi. Has a solution been found?

Replacement of the main board did the trick for my soundbar

Audio & Video
Thanks for your reply.. I'm waiting for a visit from a Samsung technician soon. Hopefully they will sort it out.

They also came to our house. But only for the tv. I've had to send the soundbar to te repair shop of Samsung. So the have replaced the main board of the tv and one connect box. But that didn't do the trick.

Sending my soundbar and replace that main board solved my problem.

To bad they wouldn't take a look at the soundbar at my house.  But it's working fine now, I had the problem from the beginning.