Wearables
Apparently there are problems with some Watch 4's after latest update from October (firmware version ending V13 )
Seems in some cases if you let the battery run out or manually reboot it, the watch will not restart and according to Samsung will need to be taken in to a Samsung store to be sorted
As far as I can figure from various articles you need to make sure you keep it charged ( and not restart it ) until hopefully a further update comes out to sort the issue
Don't know if is all watches or just in some regions but guess need to be careful
1 Like
Share
Reply
10 REPLIES 10

Wearables
Mine has run out of power several times and it has been fine.

Wearables
Yes, samsung has stopped the roll out of this update where it's bricking watches. Samsung are busy trying to get a patch repair the issue. If you look at Sammobile site it mentions all about this problem. They isn't a new timescale for when the patch will be available.
1 Like
Share
Reply

I'm one of those who has dead GW4 because of this problem. Unfortunately I am in Malaysia and Samsung Malaysia refuses to acknowledge this problem. Thus is refusing to fix the problem without charging just under $100usd.

Wearables
Mine seems to be fine after the update. I turn it on and off every night.
0 Likes
Share
Reply 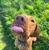 I am a UK GW4 owner and affected by the issue. Watch was working fine after the update then I went on holiday and decided not to take it. While I was away battery drained and it went off. On my return it won't power up. I have tried on the Samsung Duo charger I normally use, the original one that came in the box and power share with my S22 but none work. I have opened a ticket with Samsung under warranty and they have sent a courier to come and pick it up today.

I will update this thread with the outcome.

Wearables
Why don't Samsung test the software first? Going to turn mine back on after the update later.
0 Likes
Share
Reply

Based on what I have read online it isn't affecting all watches (mine was a very early pre-order) and it seems to only happen when the watch has completely drained of power rather than just a reboot while the battery still has power. I suppose their testing just didn't catch this issue.

I have just confirmed on the Samsung website that here in the UK the watch is covered by 24-month/2 year warranty so I am not expecting any issues. I wonder though if they will just replace it.