So firstly I want to apologise for lying to you all in the subject field I just wanted as many of you unlucky people being had off, to see this post before it gets taken down. I'll be posting this on every review site I can where they can't take it down too!


Over the last two years, I have watched Samsung go from a company I really respected, to become just as disgusting of a company that Crapple is, as they lie and manipulate us as end-users. I'll try and explain without the fat to the best of my ability.

As I write this on my brand new Ultra 21 (the last ever device ill buy from them) , im looking at my two old devices sat there with busted screens, an S9+ and Note 10+ 5G who by the way Samsung "claim" is the exact same price to fix????

So let's look at what's wrong with that:

As they release these so-called "new phones" with all these new upgraded tech spiel promos we are used to hearing  " our new 50% brighter OLED / AMOLED features higher resolution, more pixels BLAH BLAH screen is even better than our last screen" it transpires that they fleece....sorry, charge you the same cost for a screen today in 2021 for a phone made 4 years ago, 2 years ago 🤔

So either they're taking the mick out of us, or the phones screens are indeed just the same on each unit, either way, that is BS to us, loyal consumers.

I then find out that Samsung doesn't even have their own repair centres in the UK, they either use a company called WeFix that comes to your place of work in a van (more $$$ on top) or they use another company called TMT. As a result, I paid the extortionate £280 for a new Note 10+ screen (that's years old but still the same price) and the phones come back and will not connect to ANY network. Completely ruined my son's gift for his birthday.

Is it not strange that they feel they don't need their OWN in house repair at all? Nope, they just sell these screens with massive marks up to third-party companies and that's why your repair price is ludicrous. No care is given once you have paid with this firm at all.

Last night I was sat on my bed watching my curved TV model UR<span;>49MU6220K which was brought from Curries, placed into my TV bed and hasn't moved since, therefore in immaculate condition (smoke pet free blah blah)

I notice an update take place and im then booted out of Netflix and all of a sudden I see the same dreaded message that literally thousands of you have seen " INVALID MAC ADDRESS CONTACT SAMSUNG CUSTOMER SUPPORT". I have seen thousands of you posting this for YEARS and not once has Samsung replied, identified or even bothered to announce new more reliable tech (correct me if im wrong) or even address why this happening to so many of us. The silence is deafening.

Now as someone that deals with MAC addresses and soft/hardware for the banking/computing industry I can tell that this is BS.

There is no way to at LEAST manually reprogramme the MAC Address to see if it simply lost its memory (common fault with hardware) this also seems to happen after a few years of use, not when TVs are in warranty. That's not conspiratorial either, it's reading your in-depth reports with supplied model numbers and collating that data (thank you for that)

Please remember that you have zero ideas about what's in the updated patches that Samsung force you to accept by having a linked account with them. There is no Rollback function to the previous version or that you could load onto a USB to check if the update has caused the lost MAC address, it just stinks to me.  Remember people that Apple got busted throttling phones (slowing down on purpose) and fined after denying it so don't think this isn't happening.

So I call them up and some poor clueless Indian reading from a script was no help, aside from checking the band on the router was set to 2.5ghz (this model won't see 5ghz) she told me to do things that a novice would try.

What I found odd was that when performing a reset to factory settings (my way of rolling back manually) it even states " THIS WILL RESET ALL SETTINGS AND FEATURES BACK TO FACTORY SETTINGS "EXCEPT YOUR NETWORK CARD", so they have written into their software a feature that won't allow a reset as they know it will reset Mac Address. If I was the tech this would be patched straight out as a bug, not a feature in the software.

So no offer to rollback software, no diagnostics on the Wifi hardware itself, just told " Tough go pay for a new wifi card, not our problem, oh here's a 15% off a brand new TV" seems legit to me.

Im sorry, but given that in 2021 Samsung are worth $500 BILLION I will never spend a dime with this company again. These cards cost price will be no more than £10, but profit is king right??? 🙈

So, on top of the BS with all phone screens being the same price but having "allegedly" newer tech inside, insidious wifi routers that seem to pack up after the 24-month warranty and or after updates have occurred, no chargers or headphones in new phones but as ever aggressive pricing with no obvious price reduction I can honestly say they've lost a loyal customer who is always asked by friends and family what tech is best, the answer will be " Avoid Samsung "


Current Tech (never to be replaced)

We need to start considering using alternative companies for our products that care about us, use the same high-end tech but don't fleece you. My 7-year-old LG that's in my kitchen, and my 4-year-old Front room LG TV under constant stress are laughing at this 2.5-year-old TV that's now unable to connect to Amazon, Netflix and Spotify that I use all the time, alas it's now a brick with an HDMI port 🙈

Thank you for reading I hope this helps you avoid the obvious con.

TV
Well said! Everything is only made to last no more than a few years so you have to buy new devices from them. I can't believe I was charged 15p for adding a new debit card to Samsung pay!! They seriously need 15p when they are as big as they are! No where did it say i would be charged just saw it on my bank account! They have just become greedy but I prefer Samsung over Apple and won't change back to their phones. I only have their Ipads replacing every few years. Apple is terrible. Would be nice if Samsung acted like they appreciated their loyal customers again 🙄
I too have a S9+
0 Likes
Share
Reply

In case you came here actually looking for a fix: this works for me. Happens every 6 months or so.
Step 1: Do a hard power off by turning the tv off with the power button the back (not your remote.)

Step 3: Open a hotspot on your phone

Step 4: Turn on tv from the back of the tv (once again, not the remote).

Step 5: go to network settings. This time it should actually list networks to connect to. If your hot spot is an option and your actual internet isn’t, you have internet problems and this isn’t a Samsung thing.

nothing else has ever worked for me but this. Something about turning the tv on and off from the actual tv seems to work some magic.

if this doesn’t work for you, sorry, I’m not a tech superstar. 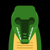 I’ve been turning it off at the power strip to no avail. Where can I find an off button? I couldn’t even find it in the manual. 2020 Q60T