Hello everyone, I was wondering if anyone had encountered a similar issue as me with their phone battery?

I am very happy with the phone but as with all Smart Phones I have owned it is starting to play up within two years of owning it.

I have tried the following things already having checked online for some advice;

- Cleaned out the battery connection port on the phone

- Drained the battery to absolute zero and then recharged

- Downloaded a battery diagnostic app that said my battery was fine

None of the above had had any effect on the charging.

The only things I haven't tried yet are factory reset and I did see something about battery calibration although it didn't seem relevant to my issue.

Does anyone know what might be causing this and does anyone have a fix? If not then what would I need in terms of repair> A new battery or something else?

Thanks for the help! 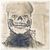 I'm not much technical, however, couple things stood out to me off the mark. Battery charging/performance deteriorates over time anyway but..

You should aim to only use the charger and cable designed & provided by Samsung for your specific device, and using your phone whilst on charge should be avoided at all costs if you want it to last (yes also from experience lol).

Both of the above can contribute severely to your battry issues and I'm afraid it only gets worse from then on, maybe a battery replacement can resolve the problem. My previous S9 is plagued by issues that I believe stem from doing such a thing.
0 Likes
Share
Reply

Thanks for the reply SyLambert.

I don't usually use the phone whilst it is charging, but I thought I would include the oddity that the phone battery percentage decreases when this is done at the moment to see if that meant anything to anyone from a technical point of view.

As for using the correct charger, I have tried both the original charger and other chargers in order to check that the original one was not faulty. I believe by and large the theory/myth that you shouldn't use other chargers relates more to; the company wanting you to spend your money on their chargers; an excuse to easily void warranty; an effort to avoid people buying unsafe knock-off/dodgy chargers (ie: off the street, professing to be an original charger but in fact being a dodgy replica and therefore not conforming to safety and environment standards). Cheap, non-brand chargers that can still be purchased in high-street stores have always been in my experience fine although they may charge slowly due to lower ampage to err on the side of caution. By the by I have almost always been using the official charger with this phone anyway.

Other Smartphones
I understand & do agree lol 👍

I'll keep checking back, hopefully someone can help you! 🙏🙂