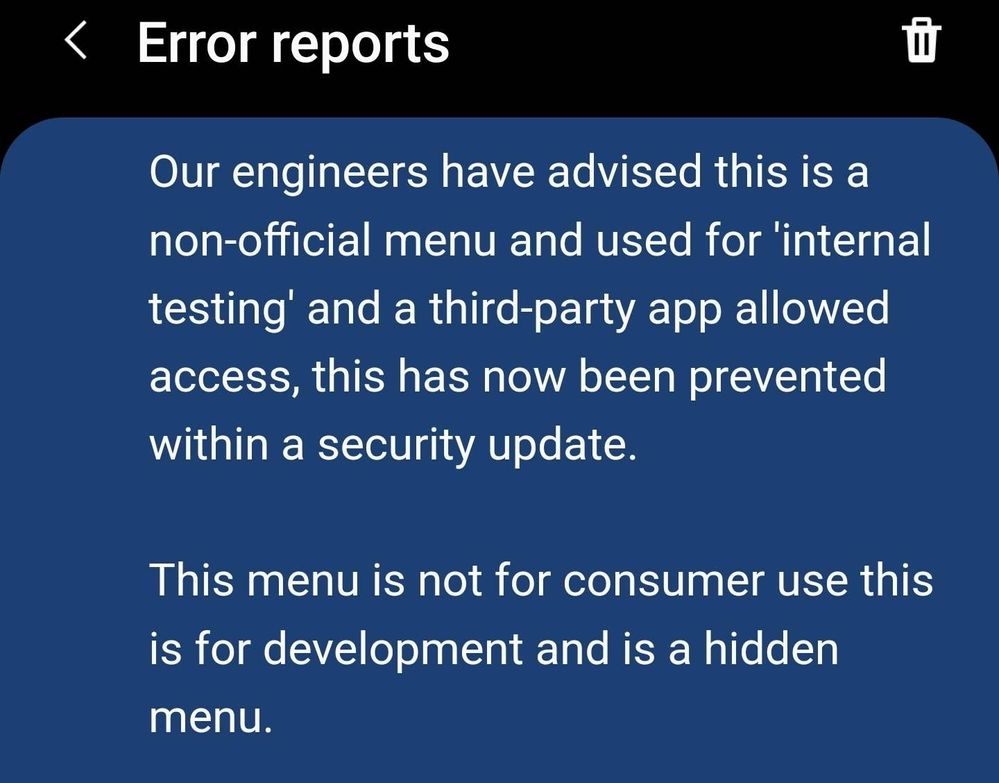 Galaxy Note10 Series
That's not what I meant. I was asking what problem the steps in your original comment solved? Was it for those who were stuck on a single band, or is it to get the menu to work again?
1 Like
Share
Reply

That does not help

It's not stuck on one band... There was a hidden menu that you could access through the "Samsung Band Selection" app that would allow you to manually choose which band or bands you wanted to connect to. This allowed people like myself, who may have decent coverage but bad network speeds, to select a band that might not have the best signal, but much higher speed.

So your advice is not relevant to this conversation. Samsung removed the menu, so the app doesn't work anymore. I'm now forced to use band 12 simply because the signal is slightly better, and now my speeds are terrible.

I live where there is terrible landline internet, so this often saved me days or more on downloads or as a backup for when my internet goes down or is being used by others in the house.

I bought an A22 purely to use as a router and unlimited smarty SIM, connect to the 5G band it never would normally connect to and 450mbps down constantly

It's annoying but a worthwhile investment, just don't update it. You then have a very powerful mobile router

I had no choice. The update was forced on me by Samsung. At least the ATT variant of the Note 10 Plus in USA has no option to disable auto updates. It let's you stop it from installing automatically, but constantly bugs you about it before finally updating without any way of stopping it.

This actually works! Thank you!

This is actually working, but it feels like loosing some security,

Yes, but I don't know of any other App could do this without rooting your phone.

Maybe Samsung will listen to his customers, but until then this may be an compromise.

They'll have to change something in this area anyway, in Germany as an example 3G gone, but we don't have any setting to select 2G/4G or 2G/4G/5G..