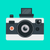 I have read numerous posts on here regarding their 2021 QLED TV’s showing a black screen.

I personally have had this issue when since I purchased my QE55WN95A back in October 2021 where the screen goes black, sometimes for a split second, sometimes for 2-4 seconds. On other occasions it will totally lose the signal from my console (will advise that connection has been lost) and I need to change input back to my TV (HDMI 1 for example) and back to my Xbox (HDMI 2) for it to work. All the while the console and the game are still running in the background and when the screen goes black, I can still hear sounds. This is an intermittent fault, sometimes I can do it 5-6 times in quick succession, sometimes lasting 1 second a time, others up to 4-5 seconds. Other times it may only happen once or twice an evening. This mainly happens when I am playing on the Xbox but also does occasionally happen when viewing 'normal' TV via Sky Q.

Today I called John Lewis who arranged for a company to check the fault and make the necessary repairs. They called me within an hour and after explaining the above she said she would order a new screen. I explained I had emailed the CEO at John Lewis and asked her to hold fire now. JL called me back and explained that I would need to prove the fault existed etc.

long story short the company have no cancelled the order for a replacement screen and instead advised there is a HDMI update which needs to be installed which will fix the issue.

Is anyone aware of this update and had it installed? Does it work?

Do you have the firmware version please? 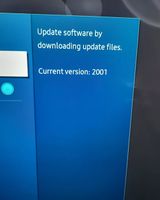