About 6 months I noticed that there were a couple of purple patches on the screen.  They are very noticeable with pale or white backgrounds especially adverts which often have a lot of white on the screen.

Initially there was a patch that radiated from the bottom left corner about 12cm outward and then about 4/5ths across the screen on the right there was another patch from the top about the same 12cm width but went down about 2 thirds of the screen so about 40cm long.

Over the past 6 months they have become more noticeable.  a darker shade of purple plus of course I am aware of them so notice them more.

When a normal picture is on screen they distort the colour quite a lot.  Worse on lighter colours than darker ones.  The rest of the screen is fine but of course it is annoying to have these colour distortions on the screen.

Other than these problems the rest of the TV functions fine.

I would guess I have had the TV about 2 years now or just over.

Can you tell me if there is anything I can do or is the TV on the way out?  What is the expected lifetime of these TV sets?  and will it be costly to repair?  Not sure if there is any warranty over the year on these TVs.

Hello, I just noticed the problem on my Samsung UE48H6400AK bought from Currys (in UK) 5 years and 10 months ago. I was interested to read about the Consumer Credit Act, however, I don't think I kept any proof of purchase and I'm not with that credit card company anymore... Still, quite annoying! 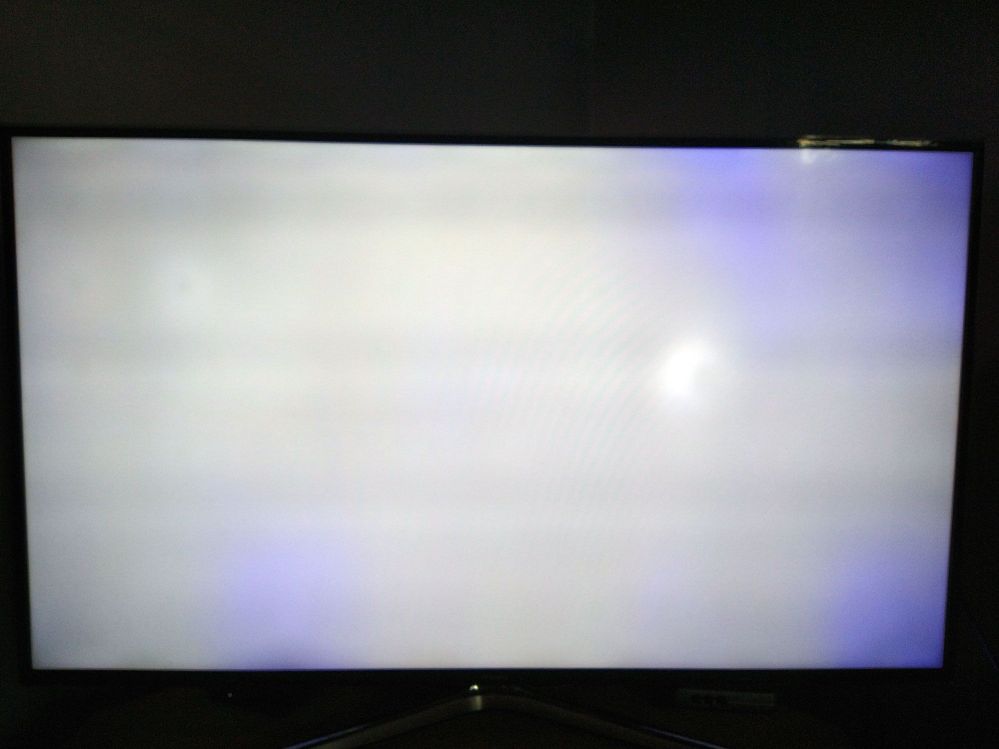 I also have a 4.5 year old Samsung UE48JU6400 which has developed two purple patches that are getting worse.

The retailer is not interested, stating that they will not do anything unless I can get a repair certificate stating the problem is inherent with Samsung TVs or was present at manufacture, i.e faulty. The repair centres I’ve spoken to have said they can diagnose the issue but will not state it’s a manufacturing issue, probably as they might end up in court themselves if they did.

So it looks like no recourse with the retailer, and Samsung washing their hands of the matter. One can only hope that this gets tested in Court at some point.

An update. Having just spent half an hour on the phone being fobbed off by Samsung (have you tried switching it off and on again), have you tried unplugging all the peripherals? And having it vehemently denied that it’s an inherent problem despite the numerous accounts on these forums, and as reported by Forbes, I’ve also sent to watchdog. Maybe a lockdown scenario where people are watching more tv, a story about TVs might have additional merit.

I’ve been told to contact my nearest approved Samsung centre, as until now I’ve only spoken to non-Samsung centres so I’ll see what that yields but I suspect it will just be an expensive quote with no mention of inherent fault so I’ll have no recourse.

I don’t feel it’s a huge ask that goods you purchase for not insignificant amounts of money work for a reasonable length of time. The fact the the burden of proof seems to be falling on the consumers (engineer reports at our time and expense) seems unfair enough to me. The fact that no action is being taken on Samsung’s part is infuriating.

“It’s not a problem, dunno what you mean”

”Erm, do you actually read your forums”

If the TV is out of warrantee, you have no recourse.  Do not bother fixing it, the costs of the repair would substantially exceed the costs of a new TV.  Just buy something new!

Thanks for your response. I have already purchased something else today, although that isn’t really the point.

The point, which I fear you miss, is that it’s not unrealistic for a reasonable person to expect their tv to last for a period of time longer than 4 years if they have looked after it with proper care.

The point is that while I am in a position to “just buy something new” that many people may not, and should not be expected to be.

The point is also that just because someone says it’s not covered by warranty, doesn’t mean it shouldn’t be covered under the Consumer Rights Act and doesn’t mean that I for one will stop voicing my opinion about it. Because if nobody says or does anything, we allow the same behaviour to continue.

I’m just thankful it lasted 4 years having read some other stories on here.

Has anyone had any success since? I've noticed this issue on my three year old samsung costing about £600 new. Absolutely ridiculous they can say it's not to inherent when it's happening to so many people.