I have a new QE55Q90T TV. It suffers from very poor signal quality on HD Freeview channels causing them to pixellate or report "no signal". This makes the TV useless for watching or recording HD channels. Meanwhile, my old Panasonic set-top box reports 100% signal quality and experiences no problems. I had no such problems with the previous TV, a 10-year-old Sharp Aquos, and I have no such problems with an old Sony TV.

The TV reports 86% signal strength, which is more than adequate, and the STB 8/10. The terrestrial signal is usually transmitted to the TV via the STB but is not improved by connecting the TV directly to the aerial socket.

Today, when the problem was particularly bad and all the HD channels were reporting "no signal", I spoke to Samsung support who persuaded me to reset the TV. The channels reappeared but the signal quality remains unreliable. Unfortunately, the call was not completed because I was cut off twice. (The first time was my fault because my phone battery ran out. I don't know what happened the second time.)

I notice that the TV reports signal frequencies to 3 significant figures (e.g. 546000 kHz for BBC1 HD), whilst the STB reports them to 5 (e.g. 545.83 MHz). It occurs to me that this lack of precision may be the cause of the problem. If not, what is wrong? 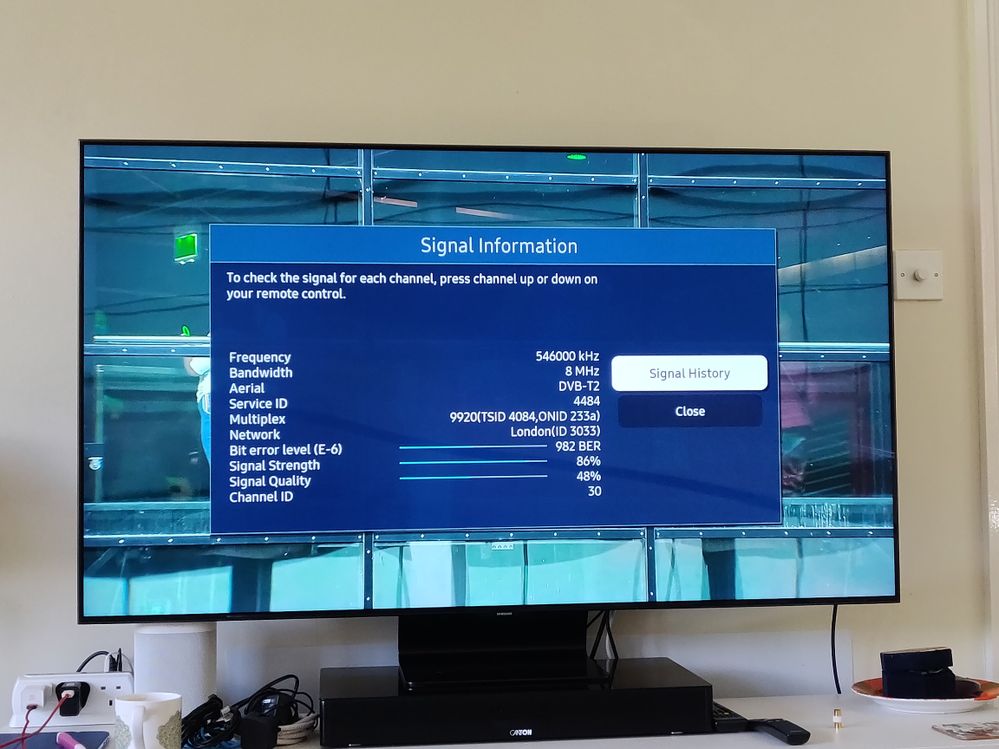 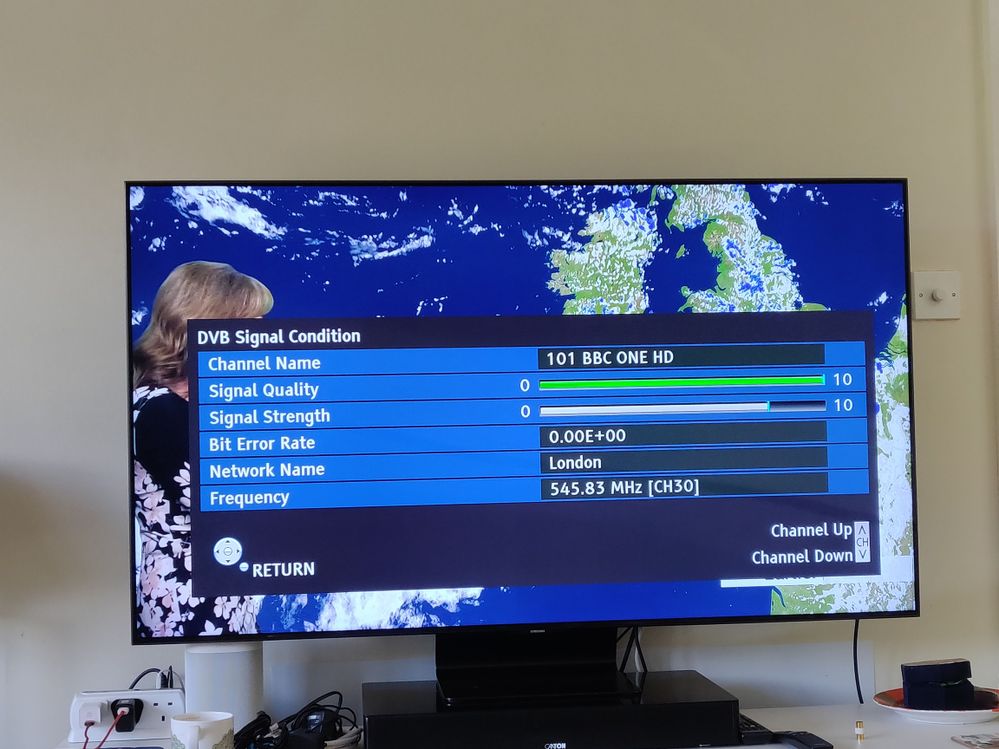