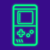 I've had my Samsung Flip4 for a few weeks now, and while i love the form factor and practicality of it, I do have some major issues with it, to the point where I feel my phone is wither broken or the whole concept is fatally flawed.

I notice a lot of Apps are stretched to fit the very tall screen, with some, for example togoodtogo, some boxes become unusable, and require app restarts to hope it decided to fit in.

The camera takes an eternity to focus on anything, games such as Pokemon Go the AR mode is completly broken, as the camera is devoid of any ability at all I used my partners phone and my old phone in the same locations and they work perfectly fine where the Flip4 really struggles, if working t all.

I just wanted to know if this was a general problem with the phone, or if mine is specifically playing up.

Or if there are some functions on the phne that can improve its woefull AR abilities. 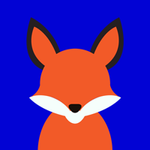 Galaxy Z Fold | Z Flip
Think since the update there have been bugs introduced to the camera application.
0 Likes
Share
Reply