So i purchased both the Flip 3 and Fold 3 on launch costing me over 2.5k.

The flip 3 is used by missus and is always in a phone case and now has a hinge issue (14-15 months after).

So randomly out of nowhere, now when she closes the phone it shuts down completely.

I had this reported to Samsung and as usual they are refusing to cover it under warranty because of the "small dents" on the screen (nothing to do with the problem and screen is fine) and there is allegedly some impact damage on the hinge. WTF, never ever dropped the phone.

I recorded a video of the phone before sending it out and there is no damage to the hinge but they are clinging on to the dents on the screen.

Is there anything that can be done? I am fuming at the moment, paying so much money for the phone and now left with a bill of £309.

This is the last time i purchase a samsung phone. 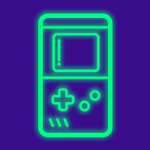 So there is a cable that stretches under display over time and it causes the device to short out and power off.
Unfortunately if there is any damage or marks to the screen then it will be refused.
If you have insurance then that'll be best option is it will require a new screen to fix the issue.
0 Likes
Share
Reply

Galaxy Z Fold | Z Flip
Would samsung care service cover it if I activate it? Not had it before.
0 Likes
Share
Reply

Galaxy Z Fold | Z Flip
If you have Samsung Care plus on th device then yep.
0 Likes
Share
Reply

Just a question, if i get the device returned and then go and activate Samsung Care plus and get past the waiting period, could i get it repaired or will it get refused because the issue is before the insurance is activated?

You have to activate care plus within 30 days of purchase of the device.
0 Likes
Share
Reply

It was activated when i got the device but it was free for 12 months which was till August. So i take it wont be covered?

Is there any other external service you can recommend that can repair the phone? Happy to pay for insurance.

Galaxy Z Fold | Z Flip
Ah so won't be covered now then.
Your probably best off paying to get it repaired unless you can claim on a house insurance or if you have insurance with your bank maybe ?
0 Likes
Share
Reply

Thank you for the response.

I have now realised that Samsung are the worst to deal with it. Once i get this phone fixed I'm flogging both of my phones and moving to another brand.

Galaxy Z Fold | Z Flip
Have you had many issues with other models of Samsung ?
0 Likes
Share
Reply