Can u flip open one handed Galaxy flip 4?

Hi guys, I was lucky to try and see the new Galaxy devices before 10.08.22. So I share my experience with u all The first is Galaxy Flip 4 I was so excited if the phone be nice to open with one hand because for me that's the coolest thing to open like a flip phone how it was in the old days

The first fold had a hinge which was very loose to the point that the device felt flimsy and cheap.

From the 2nd generation onward they have overcompensated with a very friction-heavy hinge and built the software around that.

Unfortunately they did so at the expense of opening the device with one hand.  Given the amount of software development they've coded around that hardware, it's unlikely Samsung will do any different until the Chinese competition has access to  google services.

International sanctions no one voted for or elected have given Samsung zero competition. 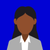 I would not recommend buying any of the flip phones, the produce just doesn't do what it's supposed to do, doesn't last and then you have to pay to repair it