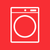 My phone has been overheating and can only go 2.5 hours of use before 100% draining the battery. I used to get 10 hours.  It's always warm or hot just browsing the internet.

Also the charge rate has been cut by more than 50%. The charging cable shows what the wattage is and it dropped by over 50% from before the update. So not only does the phone drain 3X faster it charges 1/3 as fast as before.

@Johnny33: To gain a better understanding of what might be causing your battery to drain so significantly, please charge your Galaxy S22 to 100%, use it as you would normally until it reaches around 30%, then head to Settings > Battery and device care > Battery > Tap on the usage graph, then check the breakdown of your usage at the bottom of the screen. If possible, please provide a screenshot of your results. Can you see any apps or features that are using an above average amount of battery?

Regarding your charge rate, are you using the USB cable that came packaged with the device, along with an official Samsung power adapter? Have you tried connecting to a home computer via USB to see if you notice an improvement?

Are you serious? Really? Do you think guys there at Samsung that people are *****, or what?

I bought my S22 in May this year, as I bought the flagship model I would expect premium quality. I don't want to comment here about hanging camera, and other problems. the phone in general doesn't work smoothly, one update was quite ok (I said quite ok, but still it is not something that satisfies me when I buy the flagship model). However, what you guys did with the last update to android 13 and UI 5.0 is one big disaster. I charge my phone and 6h later the phone is dead! Previously, it survived around 12h. Now it is two times less, and you are posting such a silly comment about checking the "battery device and care"? Really, are you serious? Tell us when can we expect the next software update and stop sharing useless information.

Hello please see attached.  It will fully drain in less than 4 hours.  The 3 hours remaining is bogus. My phone will die in about 30 mins from now not 3 hours. The phone also predicts 10 hours of use even if every single day it's dead within 4 and it's had two whole weeks to figure this out.  Once it hits 15% it drains super fast. When it hits 5% it'll go to zero and shut off in about 60 seconds.   Phone stays warm all the time with just light use. Phone brightness at 25% only. As you can see by the battery use per app/process it doesn't add up to anything near 100%. So clearly there is something wrong and something else draining the battery. Again this only happened after the update. My battery would last 10-12 hours before the update. So it's 100% the update and nothing else. It totally broke my phone.

Dude..I can feel your pain. It is one big mistake. But you bought a flagship model so that's premium quality. Really, it is a shame what they are doing. Previously I was the happy owner of s10+ and I missed that phone. I was a big fan of Samsung, but what they are doing right now is just a circus of pain;/

I have the same problem, after the Android 13 update I can do, at most, 3h of screen on time vs the 7h with android 12