I bought my S22 in May this year, as I bought the flagship model I would expect premium quality. I don't want to comment here about hanging camera, and other problems. the phone in general doesn't work smoothly, one update was quite ok (I said quite ok, but still it is not something that satisfies me when I buy the flagship model). However, what you guys did with the last update to android 13 and UI 5.0 is one big disaster. I charge my phone and 6h later the phone is dead! Previously, it survived around 12h. Now it is two times less, and you are posting such a silly comment about checking the "battery device and care"? Really, are you serious? Tell us when can we expect the next software update.

Galaxy S22 Series
They recommend clearing the system cache after a full update. Then run some app updates to see thy are optimised for the new build. There is a way to get to this mode using the power button and combo of volume buttons. From the menu choose wipe system cache.

This will force a rebuild of the repositories under the root system. Then things should be better..if not check your battery usage from under the system settings. Reinstall or uninstall any apps using too much resources.
0 Likes
Share
Reply

I have the exact the same problem after my UI 5.0 update.

Before the update my phone last at least a full day 9 am till 12 pm.

Same here on S22, battery drains a lot faster since the last update from Samsung . 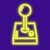 I'm experiencing the same battery drain issue. Already cleared the system cache a few days ago and tried turning off Ultra-wideband (UWB), which was a solution a read about in a different forum. Still not helping the battery issues. I guess a master reboot will be next, but was trying to avoid having to do that.

Same problem Here , I think samsung must update and fix this bug ! 😞 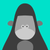 I have the same issue. Since updating to android 13 and UI5.0 my battery only last half the time it did before. I used to have 50% battery left in the evenings now it is down to 15%. Was this not tested before releasing. Very disapointed user. I hope Samsung patch this in the next few days.

UPDATE: Latest sofware release a week after the big update seems to have resolved the battery drain issue.

This is ridiculous!  How can Samsung still not know how to roll out a stable update that doesn't cause all these problems.  I'm down to 40% after just a few hours.