I've been having some problems with my Galaxy A30s for a month now. I bought my phone back in January 2020. A30s has fast charging capabilities and I haven't had any problem with it, until the last week of April 2020. One night, I plugged it in as it has reached below 20% battery charge (17% to be exact). About an hour later, I checked on it and to my surprise, it had only gone up to 26%. That's only 9% in over an hour. I readjusted the cable and the charger head itself for a while, and I was able to get it to charge fast again. Take note that when it was charging for the first hour, there was an indicator in the notifications saying that the phone was indeed fast charging. I was also using the original fast charging adapter and cable that came with it out of the box.

I wanted to be optimistic so I led myself to believe that this problem might be because of the charging cable (I hated the thought that the USB Type C port on the phone is the problem). I went online to purchase a new Type C cable. A week later, it came and I tested it. I used the new cable and the samsung fast charging adapter. Seemed to work at first. I started charging my phone at 29%. After 30 minutes, it was at 50%, which seems fairly fast. However, another 30 minutes later, it was at 55%, or 4% in 30 minutes. And yes, it still had the "fast charging" notification at this point even though it really wasn't fast charging. I've repeated this experiment multiple times over the course of May. Some charging cycles, I'd have absolutly no problem with it. It would charge from 15% to 100% in more or less 2 hours. But there are charging  cycles when I had to unplug and plug it because it would slow down multiple times. There are also times when the "fast charging" notification wouldn't show, and rarely, there were times it wouldn't charge at all even if it's plugged in. And the worst one so far, there were two or three times when it would even discharge WHILE plugged in WITH "fast charging" in the notifications. Like, this one time, I checked on the phone while it was charging and it was at 80%. 10 minutes later, while still plugged in and "fast charging", it went down to 79%. Nearly lost my sanity.

This is driving me insane because the previously mundane activity of charging my phone has become so frustrating. And unfortunately, due to this pandemic we are currently dealing with, the Samsung Service Centers near me are closed, so I can't take my phone in to get it diagnosed and fixed. So until then, I have no choice  but to put up with this *****. I decided to post this here in hopes to find other people who might have encountered the same problem and may offer advice on what to do based on how they were able to resolve this problem (if they were able to). Is there a possibility that this is a software defect? Or is it 100% certain that this is a hardware defect?

Hope you can help me out.

Can you use a torch to look inside the phones port to see if there is a build up of dust or debris.

I checked and nothing seems to be in the way. No visible obstructions whatsoever. But to be sure, I used a mini air blower to clear dust. My phone still charges slowly at times

I'm sorry to hear that. Would you be able to run this test and let me know the results? Go to Samsung> Samsung Members> Get help> Interactive checks> USB charger. Follow the steps listed there to perform the test.

I tried this but the page really didn't have "steps" i could follow aside from plugging in the charger. There was no test to perform, it simply displayed whether the phone was charging or not.


I checked and nothing seems to be in the way. No visible obstructions whatsoever. But to be sure, I used a mini air blower to clear dust. My phone still charges slowly at times

I would suggest to not use compressed air as this can drive dust etc up into the phone.

I think it maybe beneficial to seek support from a Samsung Experience Store or Samsung Service Centre when they re open.

Hello! Try wiping the cache partition of your phone. Worked for me. 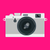 I am facing same issue.

I used a high watt charger and using phone.

But problem is still persist

Bruhhhh! idk how but this actually freaking worked!!! Thanks man.