Anyone notice the new android gestures (not Samsung ones) isn't working in latest beta? The more option button isn't enabled so can't be clicked to? 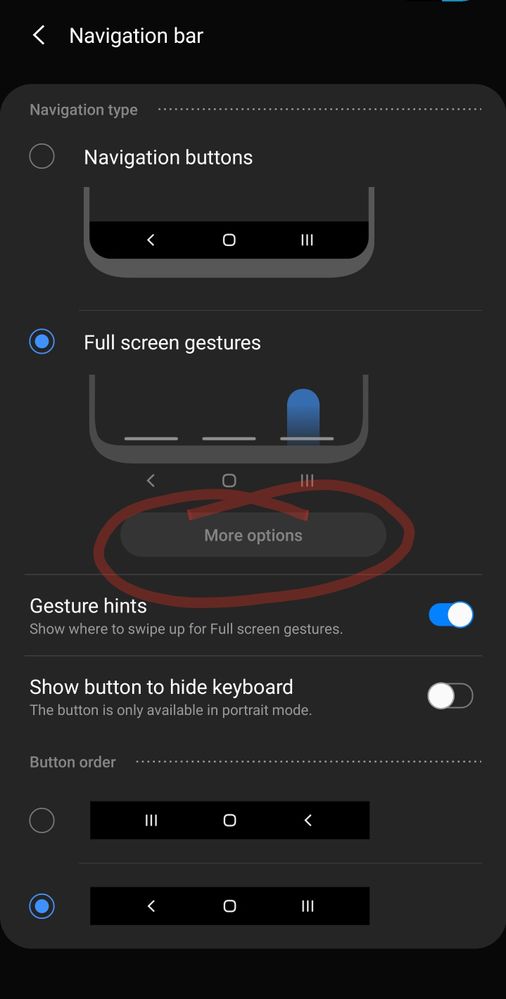 I have no problems with the gesture settings. Have you tried a cache partition reset? That was my first thing to do after every update.

There seems to be something related to 3rd party launchers.

If you use One UI 2 launcher, this should work for you.

Aah switching it does allow it, although I REALLY don't want to use the terrible oneui Launcher, I have nova on there for a reason, and not switching from it.

As soon as I reset nova as default Launcher it disables the gestures completely again. But if no Launcher is default it works just fine. Come on Samsung there should be no reason to lock it to the oneui Launcher, I know Google need to fix some stuff in 10 for full support without some glitch8ng, but would rather live with that than HAVE to use the awful numpty Launcher.