note:
the samsung magician was at the latest firmware version (7.0.0) , same goes to my motherboard bios

i tried to downgrade samsung magician to 6.3 and 6.2 , didn't change anything, the bios settings for the was already ahcl ahead of installing , and still now, every other program recognize the drive , the drive works fine (pcie 3.0 speeds since z270, but still, till i upgrade cpu and motherboard).

tried as well to install samsung nvm express driver (3.3)  , but i get an error for :
"Samsung NVM Express Device is not connected. connect the Device and try again.

i'm clueless to what cause that, i think the firmware is corrupted after the update, no clue how to fix it (that's why im posting here), and its frustrating since i can't use it for its purpuse since the samsung data migration is not recognizing it either. both the program recognize my 860 fine (860 to 980)

adding screenshots:
(the drive is D:\) 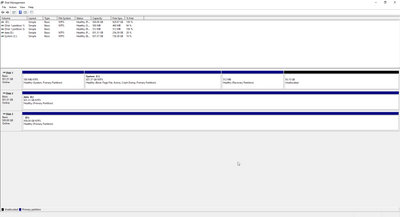 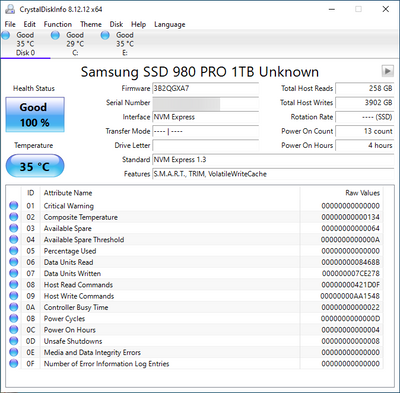 ok , so i solved it , windows trolled me , in case anyone else is expriencing the same symptoms with his drive, it was caused by windows with its storage pool (just delete the storage pool) and it will fix it.

What do you mean by delete the storage pool? I'm having the same issues as you?

Have you figured it out ?
No idea what this 'solution' means