I'm wondering if anyone else is experiencing an issue where their laptop isn't going to sleep correctly.

When I close my lid, my power plan is supposed to put the laptop to sleep to help conserve battery power. I find that I still hear sounds out of the speaker when someone pings me on my Teams app, and the cooling fans are still going. I have other laptops that this isn't an issue on, and they go to sleep just fine.

I was working on the computer one morning before going to school, closed the lid, took an hour bus ride to school, and when I took my laptop out of the sleeve it was super hot. It hadn't gone to sleep, and the cooling system was working overtime because of it being in such a closed space. It eventually cooled down, and I had no issues with it working, but I know from experience that long term overheating will burn out components.

I have had to change my power plan to "hibernate" when I close the lid to make sure that it doesn't do that again. But that defeats the purpose of why I like the "sleep" feature so much. The only difference between shutting it down and hibernate is the fact that it saves my applications when it hibernates, but it takes the same amount of time to power on from both states.

I haven't got anything spectacular running on the laptop that should cause this, it's still factory loaded with a few developer applications and Chrome.

Other devices that connect to the laptop through Phone Link/Bluetooth are my Samsung Galaxy Note 9,  my Samsung Galaxy Tab S6 and my Logitech M720 Triathlon mouse. When travelling between locations, I use the power switch to keep my mouse from doing silly things.

I am hoping someone might have some suggestions on what is causing this issue and how to resolve it. 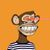 Computers & IT
Try turning off phone link, also check Internet Explorer and switch off any of its time saving tweaks.

Also what mode are you running balanced or performance?
Regards, Obsydian

I don't use Edge or IE, but all parts of those have been disabled, just in case.

I generally run in balanced or quiet mode.

I will try disabling the Phone Link and see if that works. Thanks you for the tip.

Hi there, @Ehanderson. Did you manage to get this resolved?

If the issue has persisted, then you can still put the Book2 Pro 360 into Sleep when you press the power button and close the lid. Whichever action you take first will get precedence here.

Our colleagues from Samsung US have created a handy guide on how you can adjust these settings:

Please let me know how you get on.

I am using  the hibernate method by having changed what the lid does.

I don't want to give up the software features that I get from Samsung, which is why I haven't uninstalled any of them. I love the Samsung eco-system. I suffer with the longer boot up which is equivalent to shutting the system down completely. Sleep has an almost instant on, but if I can't have that, and honestly, I stopped trying to figure it out because I have more important things to worry about right now.

What would be fantastic is some instructions on how to put my spacebar back on to the keyboard correctly. I spilled some pop on the keyboard, and had to take a number of keys off and clean it. The spacebar was the one that didn't go back on perfectly, and now one corner seems to be up 2 mm or so higher than where it should be. But the design of the key itself is so unique to any other laptop, I couldn't figure out exactly how to put it back perfectly. It bothers me that I messed up so soon after owning it.

@Ehanderson, I absolutely appreciate your point. If you follow the suggestion in my last post, you can still utilise Sleep and then close the lid (at times when you need to power on your laptop more quickly).

To ensure that your spacebar is reattached correctly, I'd recommend looking at an inspection from an authorised Samsung engineer, or reach out to one of our colleagues from a Support Team. Where in the world are you based, please?

I would like to take this chat to a private conversation since it is no longer related to the initial question. Is there a way for you to contact me?