A few weeks ago I missed a sale for the EP-TA845XBEGGB 45W charger, annoyed at not getting the discount I decided to take a chance on ordering one from eBay. There are multiple listings for this charger at prices of £15-25.

The charger I received looks very convincing and could easily trick someone into thinking they've scored a bargain genuine item. However it is a counterfeit. 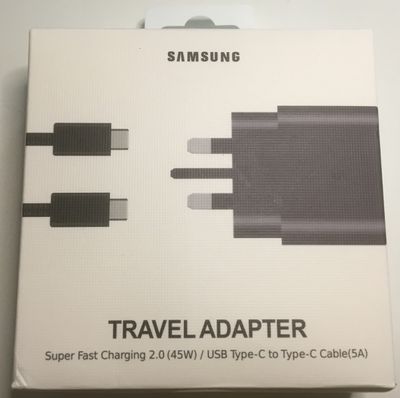 The easiest way to tell is the weight of the charger, according to the specifications on samsung.com, it should weigh 120.42g, the fake I received weighs 92 grams. 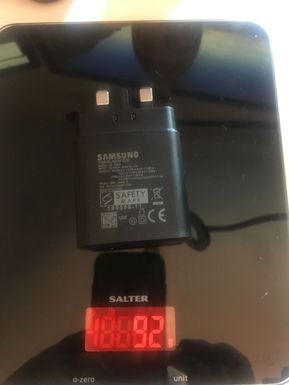 Other ways to tell: 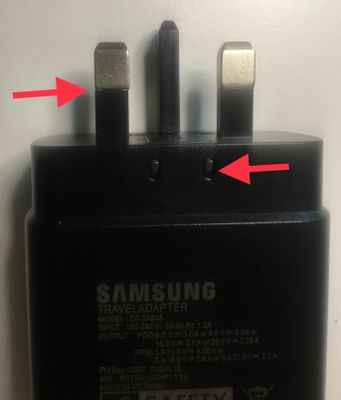 If it looks too good to be true, it probably is. I expect many of the marketplace vendors on Amazon are also selling these fakes. Be careful out there, I'd recommend only buying direct from Samsung or a major retailer.  Remember that a fake charger means fake safety certifications, don't risk your life or the lives of your loved ones. Saving a few pounds isn't worth a house fire.

Accessories
Yeah it definitely looks like a fake and I'd be reporting this to ebay.
Unfortunately I have seen stuff like this sold not only on ebay. Lots of sites sadly and even Amazon get caught out regularly by more unscrupulous sellers.
Really for the prices of things like this, you won't be saving much more and you have no idea who the sellers are sometimes and obviously no warranty.
I'd personally stick to Samsung recommended retailers and get peace of mind that the charger I buy won't catch alight or worse, give an electric shock
0 Likes
Share
Reply