Tips
I've lost hundreds of photos of family and friends that really meant a lot to me.
In Samsung Cloud, I found all of my albums automatically syncing with OneDrive without me choosing them to, so I unchecked all of the albums as I don't have nearly enough space in OneDrive for my photos and would prefer for them to be stored on my phone.
I then went to OneDrive and deleted the uploaded photos, as they are taking up unnecessary space in the cloud.
Only to my horror, after emptying the OneDrive recycle bin the photos are also removed from my gallery, gone permanently. I did not once click on the 'save space on my phone' option so the photos should've still been stored on my phone and not OneDrive.
For anyone else that also doesn't want their photos in cloud storage, go to Samsung Cloud and check if all your albums are automatically being attempted to be uploaded.
And whatever you do, do not delete the photos in OneDrive as they are stupidly linked to the ones in your gallery.
1 Like
Share
Reply
9 REPLIES 9 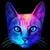 I am sorry to hear about what happened to you 😔. Thank you for warning users that such an unpleasant situation could happen with OneDrive. I hope no one else will experience this extremely disagreeable situation and lose their precious photos.

Shouldn't Samsung/Microsoft warn of this happening??? I migrated from Gallery Cloud to OneDrive and within hours of making the switch over 15000+ of my photos were totally gone. I did not remove them myself, they just completely disappeared. What is going on?

same thing happened to me which is totally frustrating and annoying.. and the photos cant be restored it seems, samsung really needs to fix this horrible feature or more like a horribe catastrophe

This also happened to me. Samsung told me the photos are irretrievable by them - I thought they had to keep backups for 30 days?!

No response from Onedrive yet, but I anticipate having lost all of the photos I have of me with my niece.

I just realized the exact same thing, I was so sure that the pictures were saved locally on my phone anyways, so I went ahead and removed them from OneDrive. If there will ever be a solution, I would love to hear it.

You haven't by any chance gotten a reply yet?

The same thing happened to me this week.  I am devastated.

I've just read through all of the replies and it's kind of heartbreaking to see I'm not the only one this happened to, a lot of my memories are preserved through photos and I'm sure the same goes for other people.

It's something that should never happened in the first place, Samsung and Microsoft need to A: be completely transparent and make clear what will happen when you delete the photos in OneDrive, and B: need to never automatically upload your photos or link your gallery and OneDrive without you actually manually consenting to it.

Unfortunately I doubt that any changes will be implemented, which is awful as more people will likely fall victim to the same mistake and end up permanently erasing years of memories.

Same happened here. Is Samsung going to offer a solution? They should have a backup or something of the information they had before we did the change to onedrive. Could somebody from Samsung please provide a solution? I also appreciated the huge amount of pictures I lost. Thanks!