I have a Galaxy Tab S7.  On two screens, the information is divided into two columns.  The screens are the "Settings" and "Text" screens.  I would like them to appear just like they have done on all of my phones and my wife's Tab S7.

This is not a split screen issue, this appears to be something else.  The first image is how the tablet appears and the second photo is how my phones have always appeared (and how my wife's tablet appears) 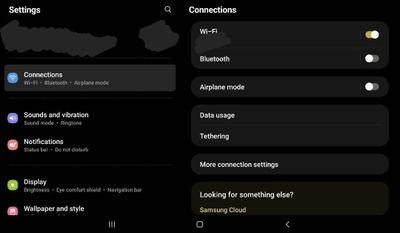 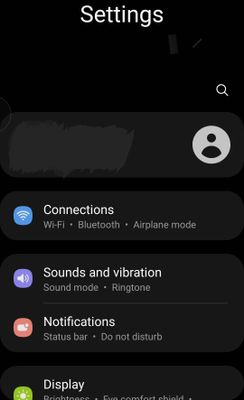 @Grunt187: This looks to be a feature of Landscape Mode. If you turn the tablet upright so it's in Portrait Mode, does the Settings menu remain in this format? I understand that, for ease of use, you would prefer a familiar setup to your Smartphone, however the layout of the Settings menu is still the same on the left hand side of the screen, with the sub-settings appearing on the right.

It stays the same when rotated,ie 2 columns.