DO NOT BUY A FLIP PHONE

Bought my first Flip just over a year ago and it worked perfectly until april 2022 when the infamous line appeared in the middle of the screen then eventually the ***** black stuff starting leaking inside the screen. Made it completely unusable and extremely hard, pretty much impossible to get valuable information from your phone. eg crypto wallets, 2 factor authenticators etc.

Stupidly enough I decided to buy the fold 3 after my phone broke because even though it broke after less than 1 year of having the original fold, i thought they would have made the phone BETTER and improved their screen quality and made it more resiliant however instead, my flip 3 lasted 105 f**king days. and 15 of them were sitting inside the box brand new. it works out I paid about £10 a day for the phone, what an abolsute f**king scam, I opened and closed the phone as normal, it's in imaculate condition, had a screen protector and phone case, has never been dropped etc and 3 months it lasted before the top screen stopped working then eventually the same liquid ***** as the first model. I have had samsung s8+, samsung s9, samsung s20, flip and flip 3. 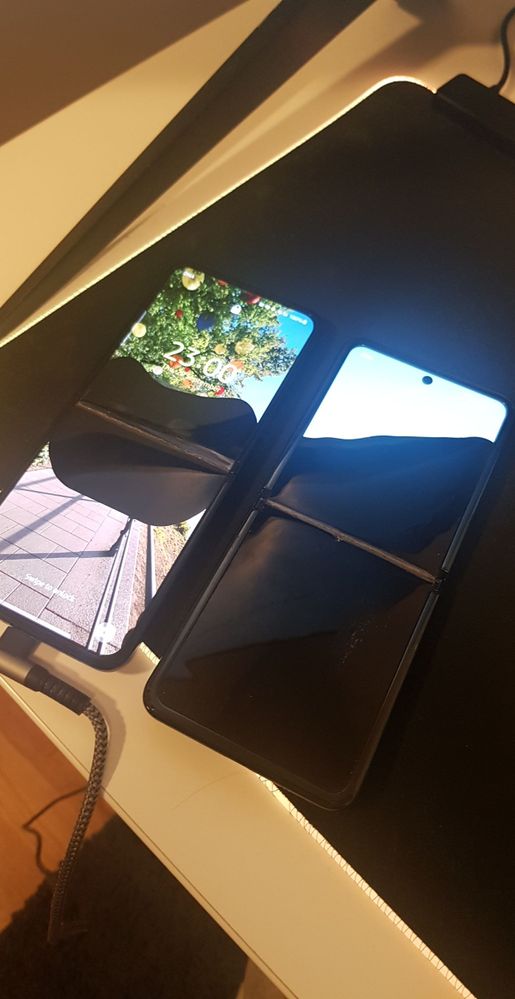 Galaxy Z Fold | Z Flip
So sorry to hear that friend.
Just to share with you, I was just millimetres from buying one however eventually let my brain made the decision rather than the heart
1 Like
Share
Reply

Galaxy Z Fold | Z Flip
A fool and his money is soon parted.

Yeah they say that to comply with EU standards however they will find any excuse to deny it, my phone doesn't have any scratches but they will find some other sh*t excuse to try and get me to pay £300+ for a flimsy screen.

I even seen emails from Samsung stating that the user used too much presure on their screen which caused it to break. no screen should ever have that issue. regardless mine broke from simply opening/closing it.

I will submit it for repair in 3 months when I get back to the UK, where I bought it.

I don't have a Flip or had to call support for warranty repair, I can only think that they would help or hope they will

Galaxy Z Fold | Z Flip
Folding phones are not for me. Had one for several months... I always look after my devices but I felt extra care was needed with them types of phones... Happy with my Note20 Ultra... Will stick with this for as long as I can... Not interested in any flips or folds for me... Just not practical for me.
0 Likes
Share
Reply

Galaxy Z Fold | Z Flip
Great bit of kit before the dreaded black line appeared after just 8 days... I tried to let them repair but gave up after they tried to blame me for 11 days... Requested a full refund and will go get another android but never a Samsung again... that love affair is now over... Not because the phone was faulty but the lack of customer care...I will stay on here to warn as many people as i can before they destroy Christmas for a lot of people... So let down Samsung (UK)
0 Likes
Share
Reply