Swipe up - accidental touch, after update.

Galaxy S20 Series
My S20 updated last week.
I've occasionally, since new, had an accidental touch pop-up (correctly) after pulling phone out of pocket etc. , where I've swiped away from centre to clear.
After update though, there's a new one, where you need to swipe up. But it rarely works, no matter how carefully, slow or fast I do it. I have to turn of screen and try again a minute later.
I'd rather not turn it off as I can see a use for it, but I'll have to if it doesn't get better.
Anyone else having the same issue?
4 Likes
Share
Reply
6 REPLIES 6 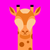 Yes we have the exact same issue.

Since the update, the "swipe up" protecting against accidental touch is very capricious, sometimes not functional.

Hoping for a rapid update to fix it...

Yep, same here. Super annoying. Wish I could revert to the old version. 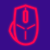 It doesn't work, period. It's actually really annoying and making me think does no one else have this problem?! So any other time of the day it never appears, then when my alarm goes off first thing in the morning, it is IMPOSSIBLE to get rid of it, meaning that my alarm will ring and ring until it can no longer ring because I simply cannot swipe up to unlock it! It doesn't work, they need to sort it out, I've had to turn it off now, as I had no other choice.

Galaxy S20 Series
I've now disabled mine. Just too much hassle, I'd rather have the consequences of screen turning on occasionally.
0 Likes
Share
Reply

Hi have you found any fix to the touchscreen issue? I have just upgraded to android 13 yesterday and facing the exact problem