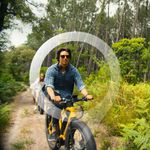 I have all of my data stored in Onedrive and OneNote and have been told this is no longer available to me... I am so upset 25 years worth of data lost.

That is really strange! Samsung and Microsoft seem to work correctly when the accounts are linked: https://support.microsoft.com/en-us/office/samsung-microsoft-onedrive-and-your-privacy-2d892afb-0cd1... Have you tried to reach Microsoft Support to see what happened and get the account unlocked?

Yes this has just happened to me. I've had my Microsoft account for a long time and have an Office subscription with it as well. I moved my Samsung cloud over to OneDrive as my phone was telling me I had to, and now my Microsoft account has been locked because of a serious violation of their terms.

Microsoft have said they will not reinstate my account, nor give me access to anything that is stored in it, so I have now lost old pictures that were stored in my Samsung account as well as my family Office subscription.

I am assuming there are images I have received via WhatsApp that have been synced to Samsung, which in turn have been moved to OneDrive and triggered something their side. Something needs to be done about this, there are numerous reports of people having the same issues.

Have you managed to get anywhere with Microsoft?

I had the same thing happen on the 11th of December. I've been continuing to push the webform through and getting the same copy pasta canned responses. I've lost access to thousands in digital purchases, and can't even get a reason why, though due to the timing I'm certain it was samsung cloud as well.

I tried to reach out to Samsung support to get a log of files transferred, but the agent I spoke with didn't understand what I was asking for most of the call, and eventually just said that they couldn't help either.

I also suspect it was whatsapp images, but even then, reading the ToS/CoC, I can't think of anything that would cause me to have my account suspended. I've made a test account and tried to re-up everything that might have been in SS cloud, but the account is still active.

TL;DR: don't migrate samsung cloud to onedrive directly. My next steps seem to be the BBB and the Canadian Consumer Protection agency.

Yes, I have the same issue after i connected my samsung cloud to onedrive, and I am so frustrated, because Microsoft dosent even say the exact reason. All my files and images and everything that i have linked to my Microsoft account is locked, because of Samsung cloud, which transfered automatically my images to onedrive. I dont know what to do.

Exactly the same happened to me this week. MS don't seem interested in finding out what's the(ir) problem or that we all have serious problems with access due to this issue. I didn't get a reply to the online form, but managed to get an online chat today. The agent couldn't access the necessary but gave me a new link  https://www.microsoft.co= m/en-us/concern/AccountReinstatement - got an email reply (standard paste?) within about 90 minutes basically saying you're blocked... tough!!!!! Pretty much par for MS I guess... I'll try again tomorrow UK time!" Good luck guys... we'll need it.

Hi - please see my post just now... not very optimistic at this stage 😞

I have the opposit problem: Several times each day my phone asks me to verify my Microsoft Account, so that Samsung and Microsoft can be connected. I don't want that, but I don't know what to do to stop the notofocations. Until I deleted the One Drive app (wich I never use) I was constantly asked to connect Samsung to One drive.

I just want to be on my own!

I had the same issue last weekend minutes after i connected both accounts Samsung and Microsoft, and i can´t reach my information in OneDrive.

No answer from Microsoft support yet.

How long did you have to wait?

I just pay my suscription renew.

Hi, did you manage to get to the bottom of this? they have just done the same to me, thanks