Bought the 45W Super fast charger 5 days ago for £44. Now I find it has been reduced to £28.20 in such a short period of time. I contacted Samsung asking if they would honour the reduction for me. They said they couldn't help. Quoting it is in their terms and conditions to change the price at anytime. Really Samsung can't you do better for your customers.

Accessories
Send it back and reorder. I know it's messing about but I'd rather have the £16 than Samsung!
1 Like
Share
Reply

Accessories
If ordered online then create a returns and send it back as is your right - that's in their terms and conditions too!
With everything at the moment then £16 is better in your pocket
1 Like
Share
Reply

Accessories
I wouldn't buy the 45w charger even at £28. There's not much difference between the 45w and the 25w . Check out the reviews on YouTube.
1 Like
Share
Reply

@mynameisstu  up to you whether you think the 45 watt charger  is beneficial, however various reviews have said the difference is marginal though possibly more benefit with partial charge. One review here https://gagadget.com/en/10939alaxy-s22-ultra 45 watt charger not much-faster-than-25-watts/

However if you do wish it at the lower price only option is to return and order again, sometimes you will just be unfortunate to miss out on offers and companies will not refund in such circumstances.

Accessories
I have a 30W charger that is Qualcomm Quick Charge 3.0 certified. I use that rarely because I don't want to wear the battery through fast charging every time. It's better for them to charge slowly whenever possible. That said the 7.8W that came with my tablet is glacial in comparison. My phone at least has an 18W charger with it
0 Likes
Share
Reply

I do use a 25 watt charger fairly regularly but  not really sold of some of the higher speeds.

Accessories
Sent it back to Samsung. Got my refund today. All is good. I noticed that they had the charger reduced to £24 but its out of stock at the moment. Worth the hassle of sending it back.
1 Like
Share
Reply 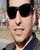 Of everything i was able to find roaming back and forth about the charging conundrum, 15 watts adaptive fast charge is the minimum supported charger by the S22 Ultra. The best battery performance is achieved with it.

25 watts is the sweet spot. The new 45 watts charger is a bit faster than the old 45 watts charger, 6 minutes faster, not much of a speed advantage, but the new charger the EP-T4510 has some charging routines which can negotiate with S22 Ultra, to keep the battery cooler while charging. my own personal observations:

1. around 38 - 40 degrees C during different charging stages with the old 45 watts charger with 5 amps cable

3. For fun and giggles, i used a 5 amps cable with the 25 amps charger. The result was faster charge time compared to the 3 amps cable on the 25 watts charger.

Do you really need 45 watts charger? To me, in my eyes, no. If you want to gain every last second and every last watt than yes, but have your expectations low. If you insist of 45 watts charger, at least get the EP-T4510 for the colder battery during charging.

I would get the 65 watts because of its 3 ports, and the the convenience to charge all devices on one charger.

Only because of its 3 ports, and the the convenience to charge all devices on one charger.

Also for fun and giggles i would try the 65 watts charger with 5 amps cable, but i doubt there will be any benefit compared to 45 watts EP-T4510

The FACT that i PRETEND to believe you, DOES NOT mean i actually believe you.
1 Like
Share
Reply

The difference is only between 1% and 80% charging state. then something else happens.

my experience charging with different chargers and mixing and matching cables and chargers with the S22 Ultra shows:

This is my experience.

The FACT that i PRETEND to believe you, DOES NOT mean i actually believe you.
0 Likes
Share
Reply