I need to report a problem in the Samsung FHD SmartTV with built in receiver Satellite manual settings that will require a firmware development and upgrade to be fixed. I explored that whenever I need to add any new or user-defined satellite transponder frequency which does not exit in the satellite existing default transponders list, the new transponder frequency should has at least 10 MHz difference from any existing frequency in the default list if it has similar polarization. But if it has less than 10 MHz difference, it won't be accepted and accordginly won't be added into the transponders list and cannot be used. Unfortunatly, this is creating a probelm for me while trying to add some new transponders with less than 10 MHz difference from existing ones and these new transponders and their channels cannot be added accordingly. To make it more clear here is the example:

I am not sure how I can report this problem to Samsung to be fixed and have a new upgraded firmware version with that fix accordingly. My FHD SmartTV model is UA43N5300 with the latest firmware upgrade but i tried the same in other models and found the same problem exists which means it is a common problem in several existing formwares.

I have a similar problem. I am in New Zealand. My elderly Aunt has recently purchased a UA43RU7100SXNZ. She likes a particular channel from the Optus D2 at 152.0 E. This satellite is not listed, so my only option is to use a User Defined satellite. Although it is possible to manually edit the Frequency, it is not possible to edit the Symbol Rate outside of preset values. When I go to save my edits, and then scan from the User Defined satellite, I get the message something like "no transponder", so it seems that my edits are not being saved to the User defined Satellite, despite me clicking the save button. It seems that the Satellite Scannning part of the OS needs some work.

Further more, why not just include a blind scan option, like most satelite set top boxes, then people don't need to edit transponders?

I wish to request that Samsung adds Optus D2 at 152.0 E. to their satellite lists in the next firmware update.

Is the software the same as my samsung? ks6000 series. 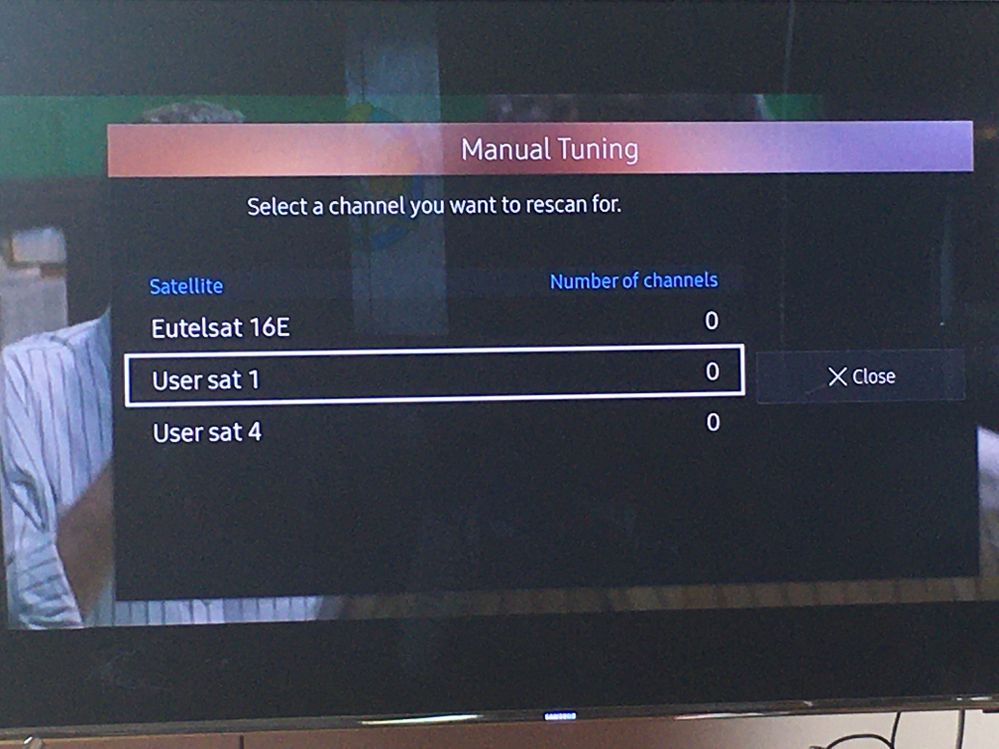 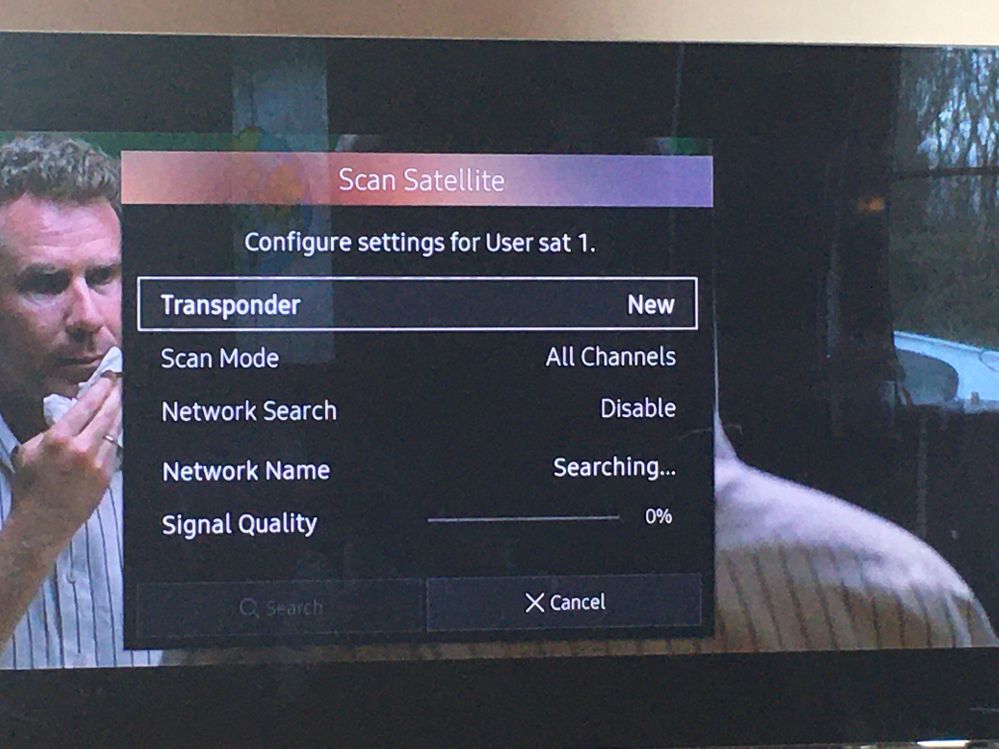 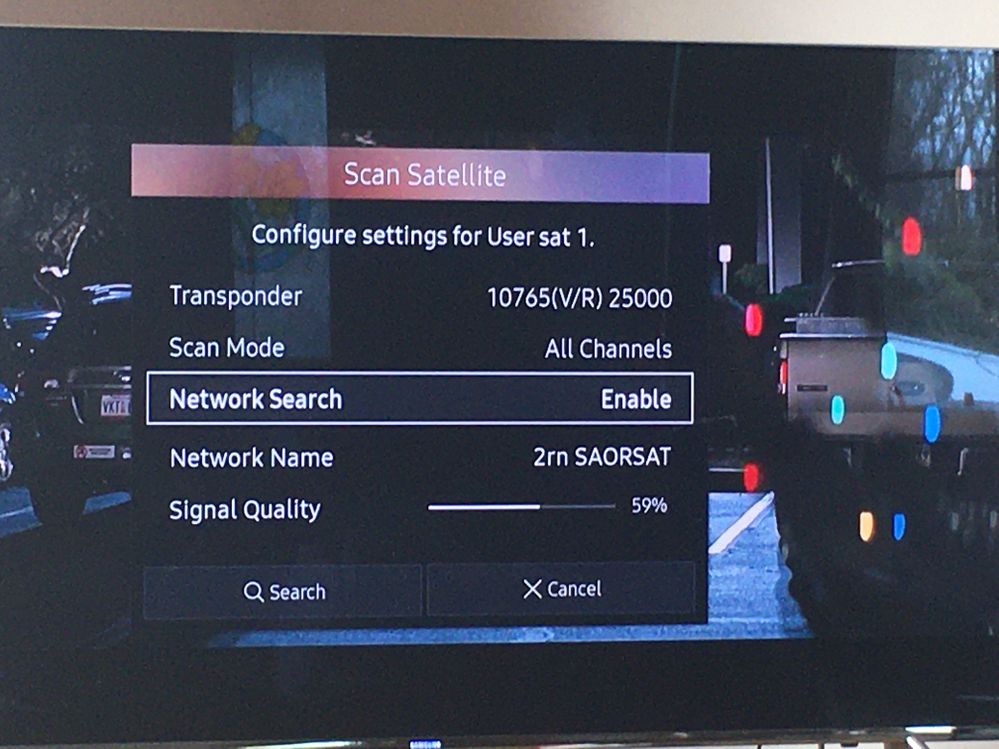 Ive struggled to add a transponder on a user sat today.  But think I have found a work around.

Run a search.  When no channels are found, manual search via Expert settings

it gave me the option to select the satellite and manually input the frequency, symbol rate and polarity details.