Wearables
Anyone know how to fix this ... its been abit off since its been fixed by Samsung, and the warning logo for months on start up stating warning update may corrupt, something of that anyway now this keeps happening,  samsung tried all there troubleshooting so did EE and just seems if it carnt get out of the boot loop no matter what I've tried even like all the videos on YouTube. All EE is going to is give me a refurbished one to replace this one 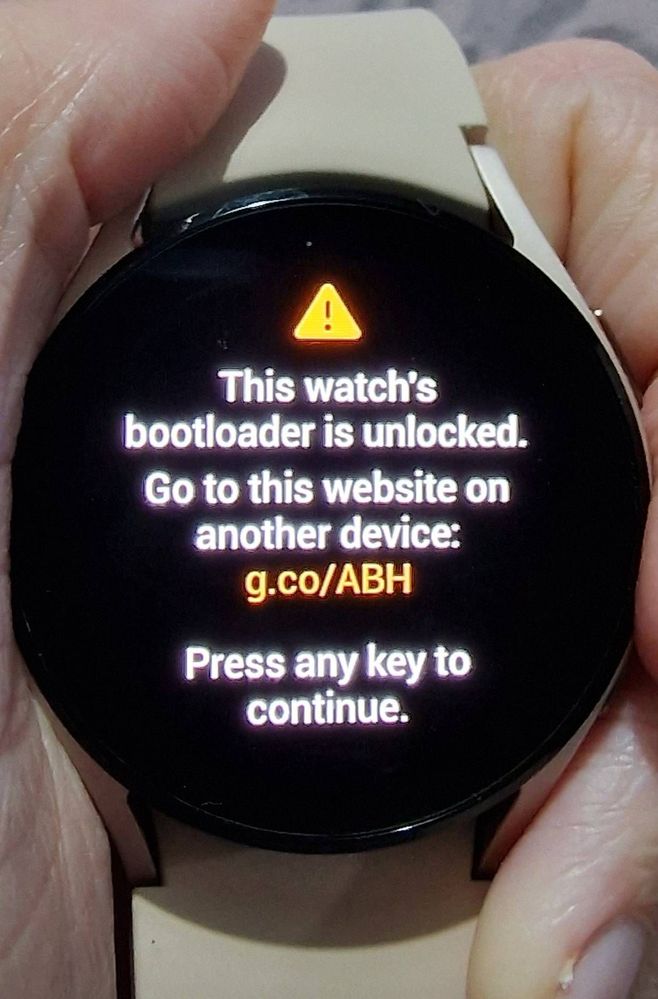 Wearables
Hi,
This page may be helpful to you

While you may post good advice on occasion, these links are completely useless and are rather reminiscent of a bot as opposed to an actual human being.
Not to mention that this thread is not just about the watch not leaving the bootloader, but rather about the watch having an unlocked bootloader and not booting at all with no remedy working since whatever has been fixed on the watch by Samsung, which should never happen.

I'd suggest trying to find some higher-up technician at Samsung and explaining this, with proof of the previous fix. Since you didn't do this (ast least it doesn't appear to be your fault since you didn't mention how it happened) and the watch is de facto useless in your case, and even the Google link your watch hands out to you tells you to contact the device's manufacturer, there's no other option for you. I think that they may offer you a new device. It's fairly obviously not working in this case, yet it's still in warranty, so I wonder what got EE to just offer you a refurbished model.

What has been tried to "fix" the watch's current state, and what did Samsung "fix" on the watch before it went into the current state?