I wanted to create this post to summarize the problems I encountered in the month of heavy use of the device. I come from a 46 mm Galaxy Watch and, in some problems, I found some similarities, according to my personal opinion, to more software than hardware problems. More than anything else, the hope is that someone has had my own problems and help me in the case to resolve and, perhaps better, gathering feedback you can hope for a firmware update. Some of the ones I will list have already been checked in foreign forums and actually happen.

1) Cardio reader sometimes with inhuman values. Frequency: daily. It happens that, especially in movement (without doing sport) the beat reader gets stuck on very high values ​​and remains as if nailed. It usually happens that at a distance of 5/10/15 minutes you can unlock yourself. To solve on the fly I noticed that it is enough to start a training session and stay a few minutes on the screen where the beat and GPS icons flash, returning to the home page everything works correctly. Same thing if I go to the test panel * # 0 * # and start the HR sensor test everything works regularly. In sporting activity no problem. Accurate. Here I have to say that it is clearly a software problem that does not handle swings on the move. At night he doesn't miss a beat. Same thing happened on the Galaxy Watch 46mm excluding a physical defect of the cardio reader. I use it in continuous measurement. Another strange thing is that this issue ALWAYS happens when I get in the car and I start driving. Which also had the Galaxy Watch and was solved with an update.

3) Daily briefing is not shown. Frequency: always. Doing tests, as some had suggested, in manual mode giving the schedules works perfectly, automatically does not work. The smartphone is the same one used previously also for the Galaxy Watch where everything worked perfectly before going to sleep and after waking up.

4) GPS blockage problem during travel. Frequency: last 4 sessions always (to be verified as both smartphones and watches have been reset and therefore to be tested to exclude cache problems on the phone). In the last sporting sessions and in coincidence with the Watch updates (screen flicker update !!!!! ???) and the S10 (major update + November update patch), the session was monitored perfectly up to a bunch of km. Then all of a sudden the counting of KM stopped while everything else worked perfectly. Sometimes closing the session and starting another, the second was successful. Sometimes I had to restart the clock. To avoid this, I used the watch in GPS stand alone and not connected to the phone and, besides being curiously faster in the fix, has kept the entire length of the route impeccably. This bug however I will have to test it after having also reset the phone as maybe the problem was just there since the GPS is used shared if connected in bluetooth.

With this I hope that someone will take into consideration the fact that maybe a firmware update would fit. It does not want to be a critical post also because the device is fantastic for me, and certainly the problems it has are only of a software management nature and nothing else.

I'm having issues with Galaxy Active 2 LTE version, It keeps Playing Music Automatically on Galaxy Active 2 internal speaker while it connects to Bluetooth of my Car. I tried changing settings from Speakers to Bluetooth Audio and it wont stick or work. I have done the following I open the music icon on galaxy watch, I click on 3 dots  icon I scrow down to where it says Lisiten Using Sp 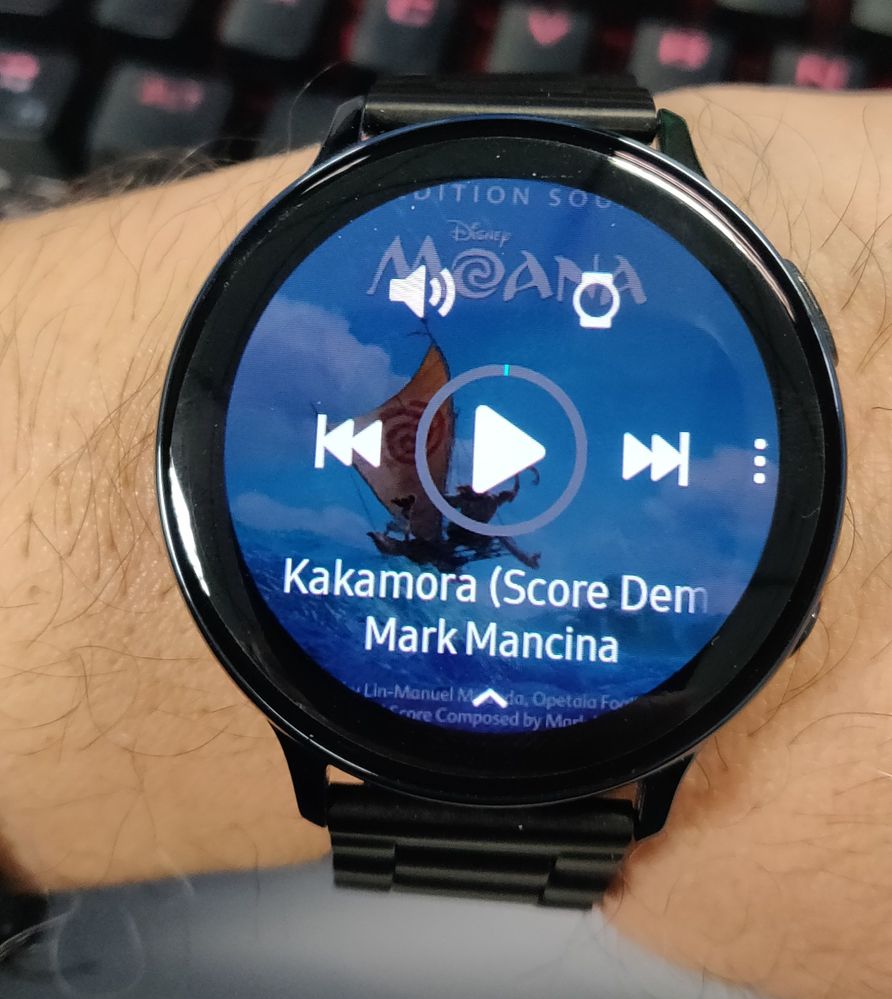 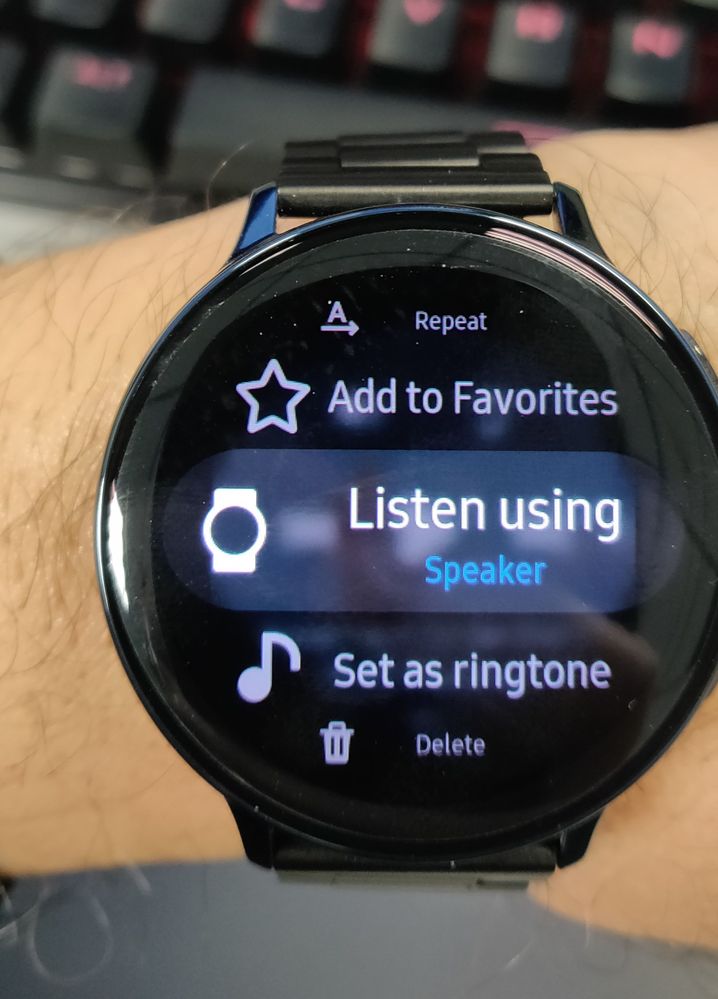 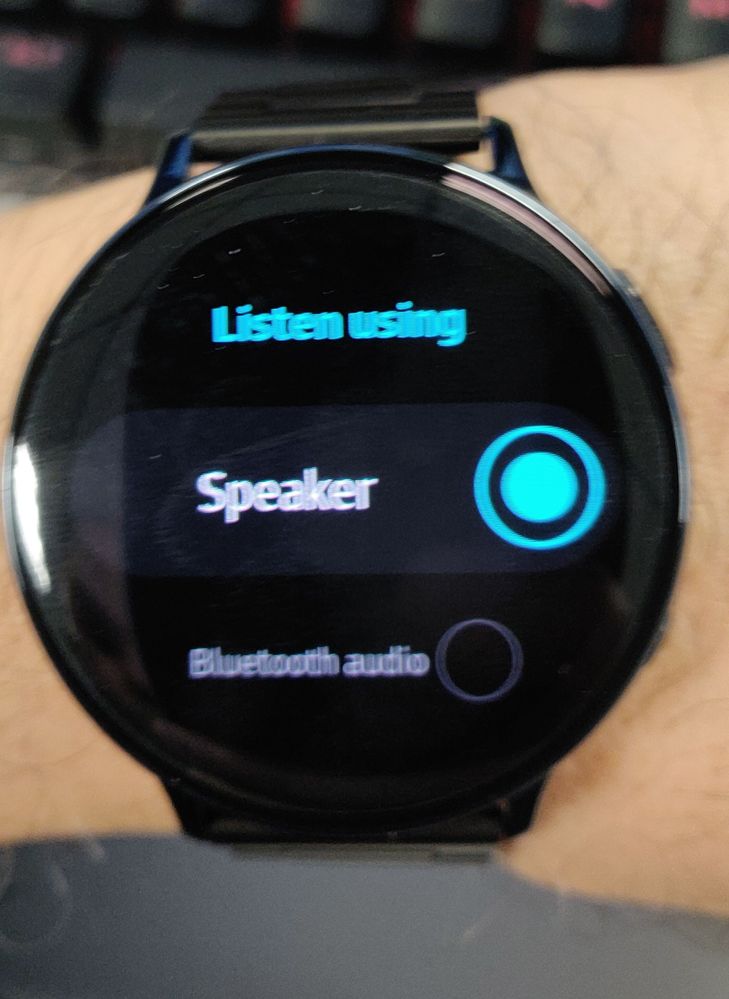 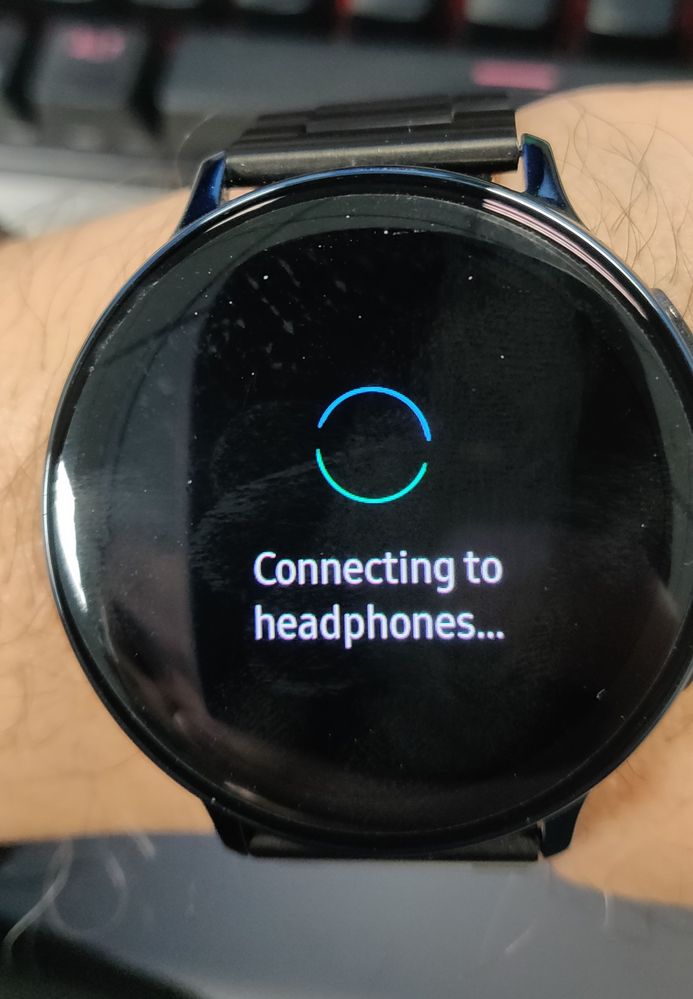 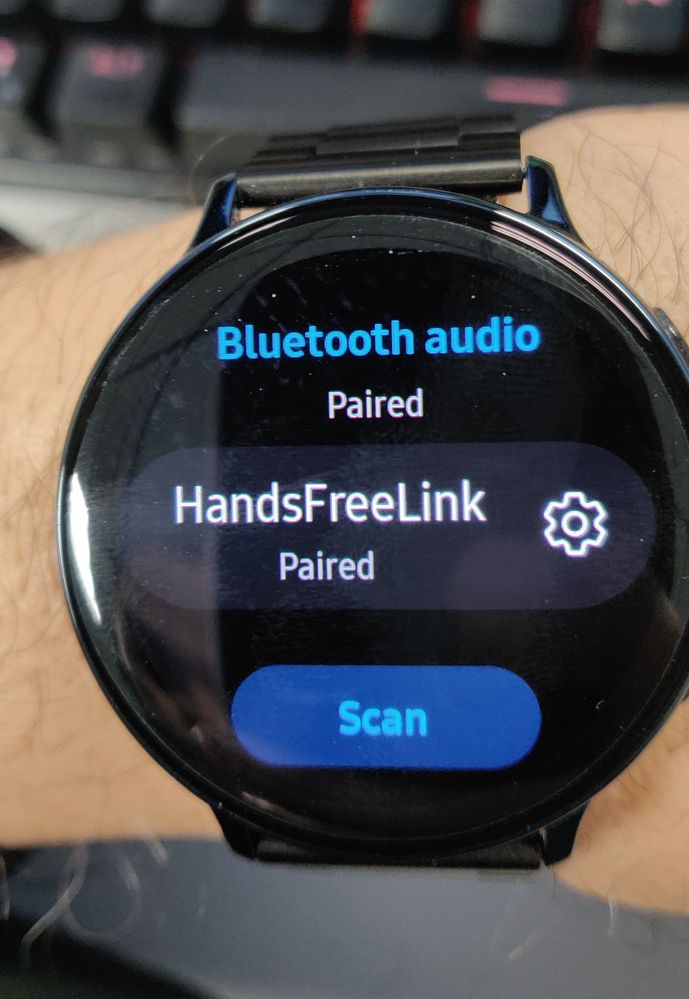 er or Bluetooth Audio, and than I select Bluetooth for I can here music on my car radio via connected blutooth and it just keeps playing music from Galaxy Active internal Speakers on watch. Its really annoying I don't have this issues using other smart watches with Google Wear OS, I'm also having issues with NEST Camera Snapshots not showing in Galaxy Active 2 when I get NEST alerts on my watch it only shows Text. Samsung you guys have a lot of work ahead fixing this issues or just go back to using Google Wear OS

My daughter's Active 2 back is falling apart. The sensor piece is separated from the back only being held in place by the connector. Is this repairable? If not will it be replaced by Samsung?

Thank you your the excellent summary. The HR-issue with locking to the high values is very much annoying. But your quick fix seems to work. i will send an error report with screen shots to them. Thank you!

It would appear that Samsung have washed their hands of Galaxy 2 wearers. Their current advertising campaign pushing Galaxy 3 pushes our concerns well into the background.

I bought my watch less than 2 years ago and had no problems until I checked the Wearable app about 3 months ago.

Unfortunately I discovered a software update which I of course trusted and installed. Ever since from a watch that had no issues, I cannot trust it for alarms especially, or even to last more than 5/6 hours on a full charge. That’s not to say that I don’t get 4 days now and again but erratic is not what I need.

it would appear that there are thousands of us who are dealing with faulty software with no option to roll back.

I’ve said it before but it’s worth repeating, Samsung use their customers like cash cows and once they have your money you no longer matter.

Good luck with pushing Galaxy 3. I for one won’t be buying.