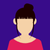 I have my Samsung ue43TU7 TV connected to a Yamaha Receiver over the HDMI/eARC port.

When I turn on the TV, it always switches the source input on my receiver; sometimes multiple times (after I have switched it back). Why does it do this & how do I get it to stop?

UnfortunateIy, I have a QN90B Samsung TV with the similar eArc issues using a Yamaha A6A receiver.  I believe the Samsung QN90B and A models TV's have a software and/or hardware critical defect with its eArc system.   The Samsung QN90B eArc problems started as soon as the Yamaha A6A was connected to the TV.  Performed extensive troubleshooting tasks over the span of 3 weeks with the help of experts from Yamaha's help line and they rightfully concluded that it was the Samsung QN90B TV having eArc communication issues with Yamaha A6A receiver.  Unfortunately the facts are now building that Samsung’s QN90B and A models TV’s do have a consistent and systemic defect in their eArc system that they need to fix as soon as possible.