USB tethering not working on Linux 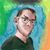 Other Smartphones
I have a Samsung Galaxy M13 phone and USB tethering is stuck connecting on Linux. As far as I have been able to gather from hours of internet searching, the issue is that the phone has no MAC address, and the same issue already existed since 2017 on older Samsung phones.
I have found a workaround that someone created to allow linux to cope with the bug, but I don't really have the time or skill to hack my computer just to make tethering work just because something is broken on one particular phone model. Is there a step-by-step guide somewhere that would allow me to update the Galaxy M13 phone so that it provides a proper mac address? I don't really want to sell the phone because the hardware seems quite good, but I may be forced to because USB tethering on Linux is a fundamental MUST-WORK feature for me.
1 Like
Share
Reply
1 REPLY 1

The exact same issue here. Got a new-ish Samsung device and USB tethering only works properly on Windows. On Linux (Ubuntu), I never get assigned an IP address.

And ifconfig only displays the RX errors that you mentioned. Turns out we're not the only ones having the issue. Something to do with an invalid mac address of the USB device.

Let me know if you make any progress. Thanks in advance!