Other Smartphones
Thought with my S22 Ultra arriving soon at the time of writing.
I'd look back on what I considered one of the best phones I ever owned. 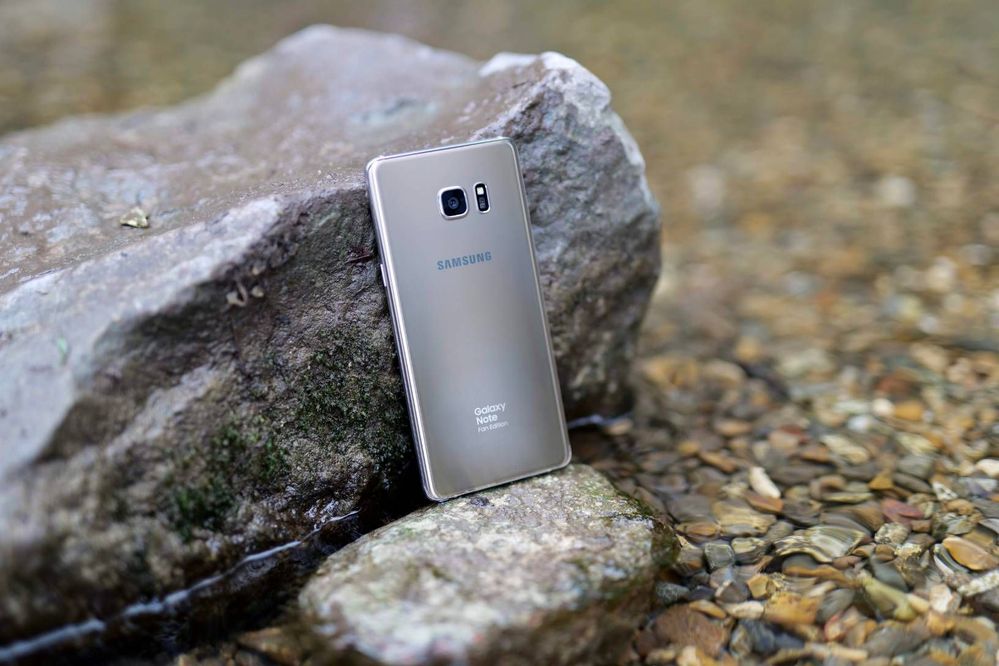 So I wondered what an effectively a 2016 phone would be like in 2022. Though the Galaxy Note FE I have came out in July 2017.
With my rose tinted spectacles on. I remember the Galaxy Note 7 that it’s based on, to have been a fantastic device. Apart from the obvious battery issue.
Now by any stretch of the imagination, its not a patch on the performance etc, of the newer phones clearly. That said, there were features on the phone that were a brilliant idea.
So a bit of the back story for anyone not familiar with the Galaxy Note 7 problem.
Now my last Galaxy Note phone before getting the Galaxy Note 7 was the Galaxy Note 4. I really wasn’t liking that phone, and I used to call it the Galaxy Note Lag.
Just wasn’t very good.
What made it worse was Samsung never released the Galaxy Note 5 here in Europe. I was really gutted about that.
So when the Galaxy Note 7 came along I knew it was the phone for me. Wireless charging, great build quality, Iris scanning, Type C charging port, notification LED etc.
This really was proper cutting edge innovation in a smartphone. Samsung were way ahead of the game at the time.
So much so I bought both colours available here in the UK. Yes that’s right, I was carrying around two Note 7 phones. 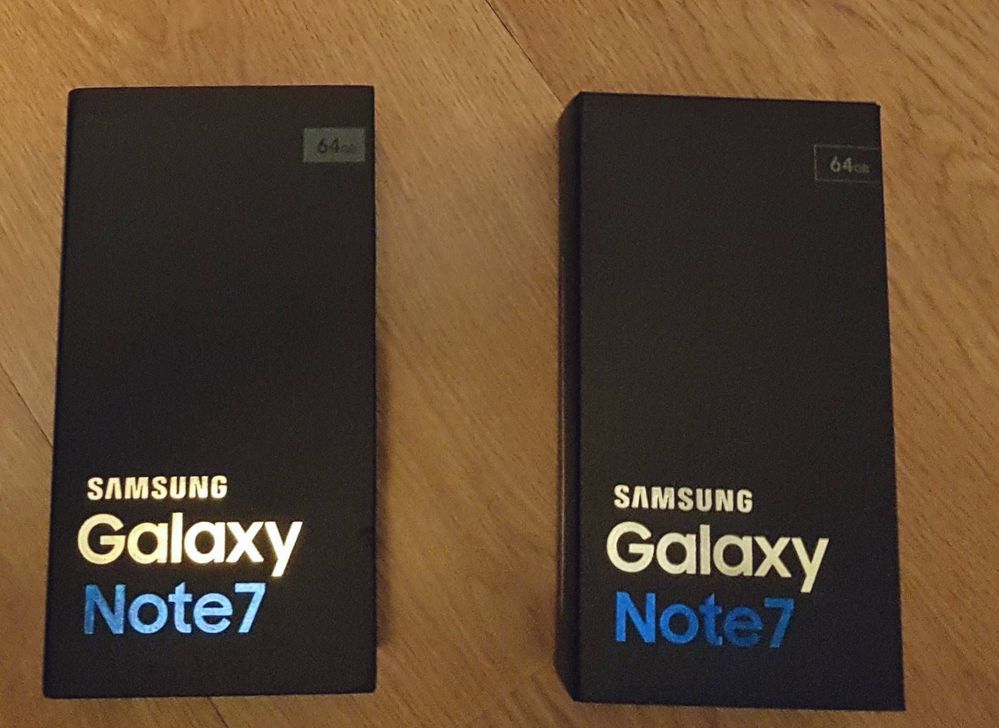 I was that eager that I was one of the first thousand people to get their order in during the early hours of the morning. 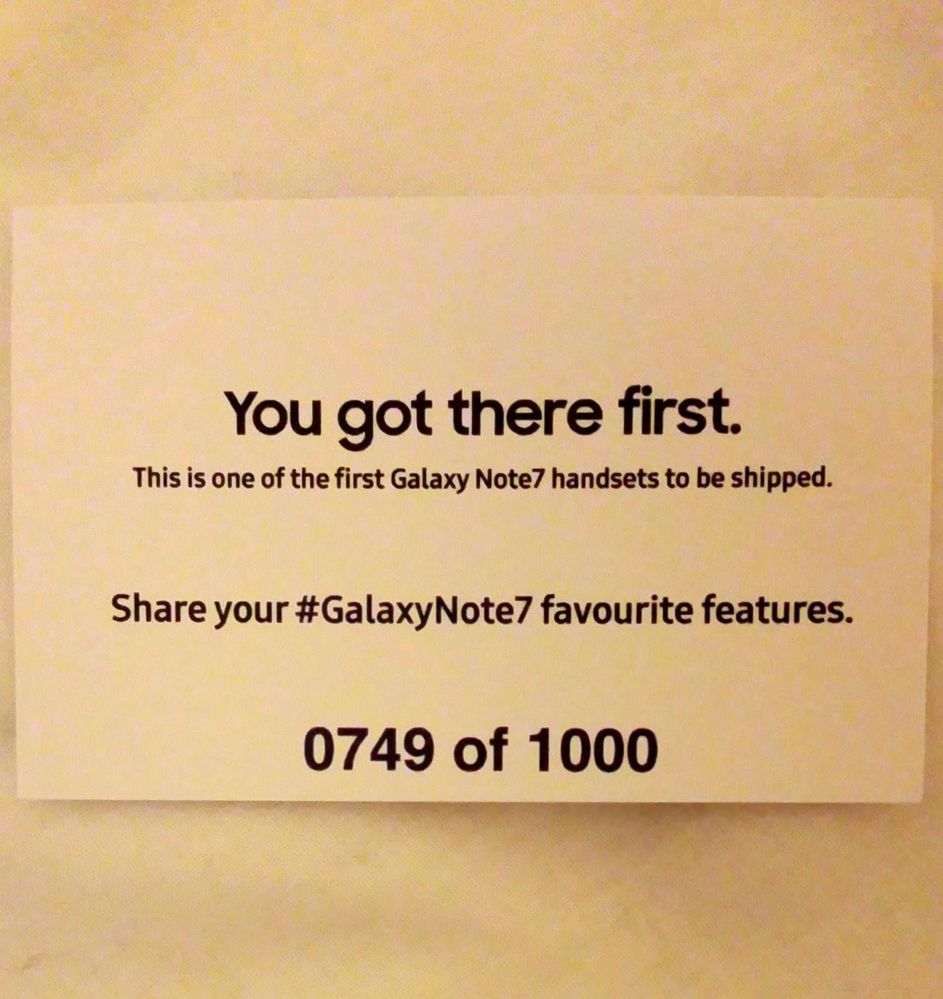 Loved those phones and such was the technology advances in the phone, people who saw me with them recognised what I had and wanted to see and find out more.
Sadly it all came crashing down. So with the whole battery fires thing, and phones getting recalled. I was totally reluctant to send them both back. Then thankfully they revised them and replaced those with new phones.
Not more than two or three weeks later, reports of the replaced phones having the same issues. Again, bye bye phones.
I was gutted.
So I imported a Galaxy Note 5, as I wasn’t going back to the Galaxy Note 4.
Again it was a great phone with a flat screen and the back had curved edges.
Did enjoy using it, but it just wasn't the Galaxy Note 7. 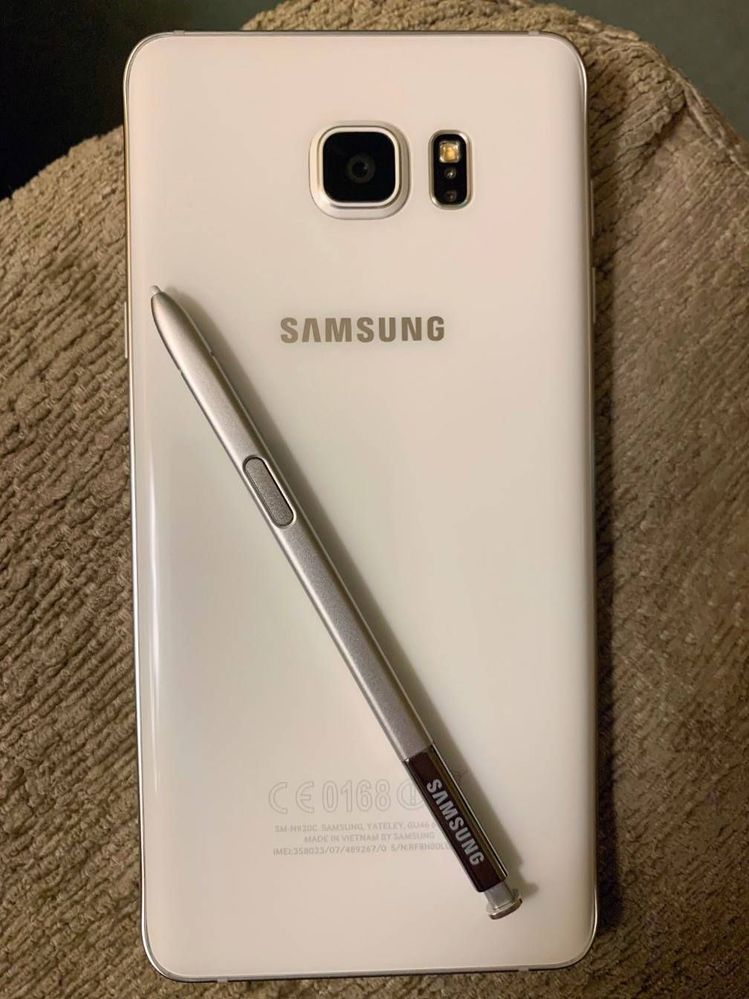 Now the Galaxy Note Fan Edition wasn’t available here in the UK and I had to import it from Korea. Sadly a bit of bloatware, but I could live with that. 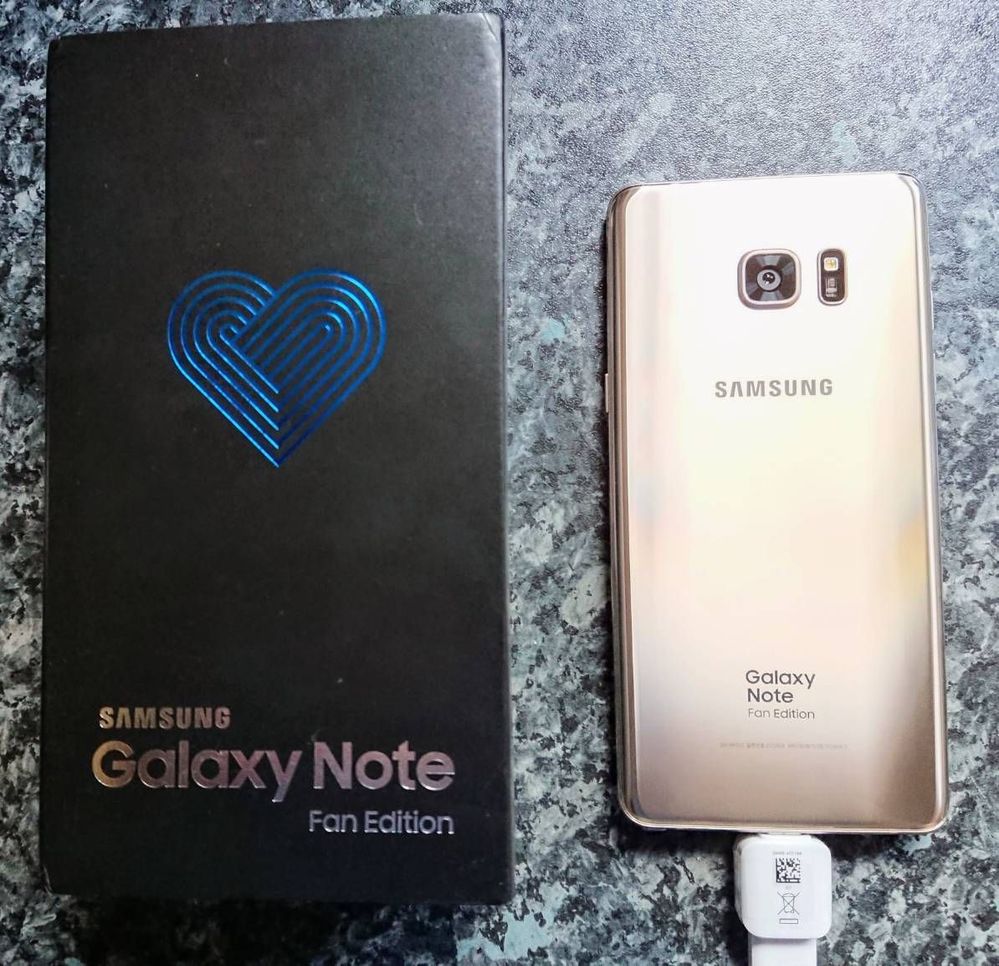 I was so happy to have what’s basically the Galaxy Note 7, but a smaller revised battery. I got mine in gold, which wasn’t a colour available originally here.
It’s had plenty of updates and it’s last one was in August 2021. I suspect that is and will be it’s last. Qudos to Samsung for supporting it for so many years. It’s on Android 9 and One Ui 1.0. It’s actually running really smoothly.
Now the phones at that time did have lag issues, but with the One UI. It made it a lot better. Still has some lag but, it’s still really usable. The software made battery life a lot better and even now I can stretch it occasionally well over a day. For such an old phone it’s still really good.
One of the big things about it was the Iris scanning. Scanning the Iris of your eyes ment even in a completely dark room you could unlock your phone.
It was a secure way of protecting the phone.
Bright sunlight it struggled with, but then you have the fingerprint sensor on the home button. Not the best but gets the job done. Slow by today’s standard. 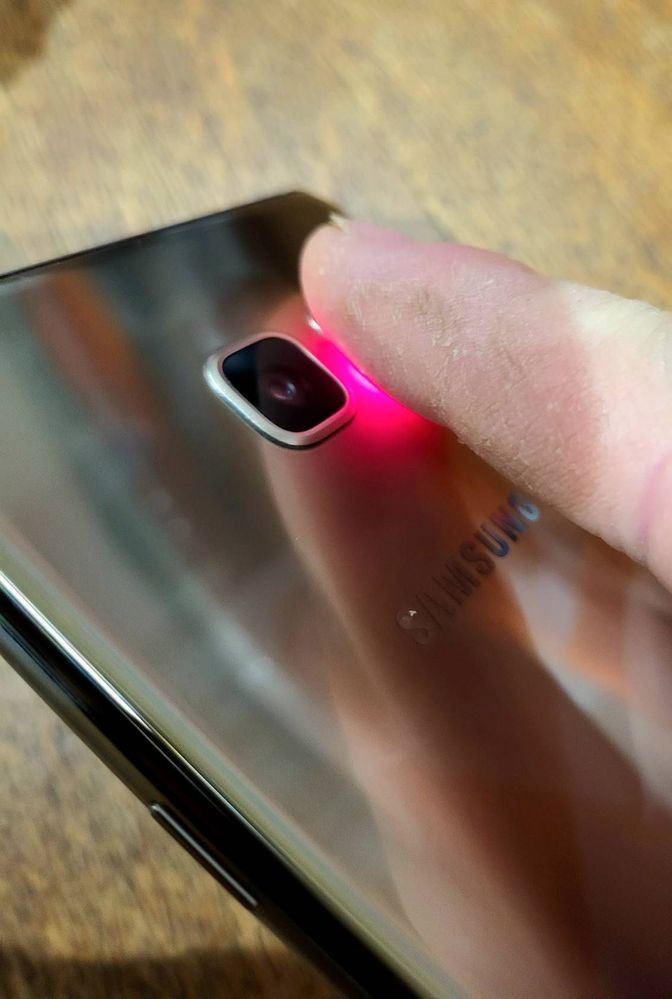 Still had the heart rate sensor on the back with the camera flash that you rested your finger on.
Wireless charging was also something that got everyone excited, another new bit of tech in a phone for Samsung. Although Wireless charging was around, Samsung definitely made it easier to use without the fiddling to line it up for it to work on a charger.
Functionally the phone is very familiar with the new phones. S Pen still has all the smart select etc. It doesn’t have any Bluetooth functionality of course, but otherwise its a Galaxy Note after all. 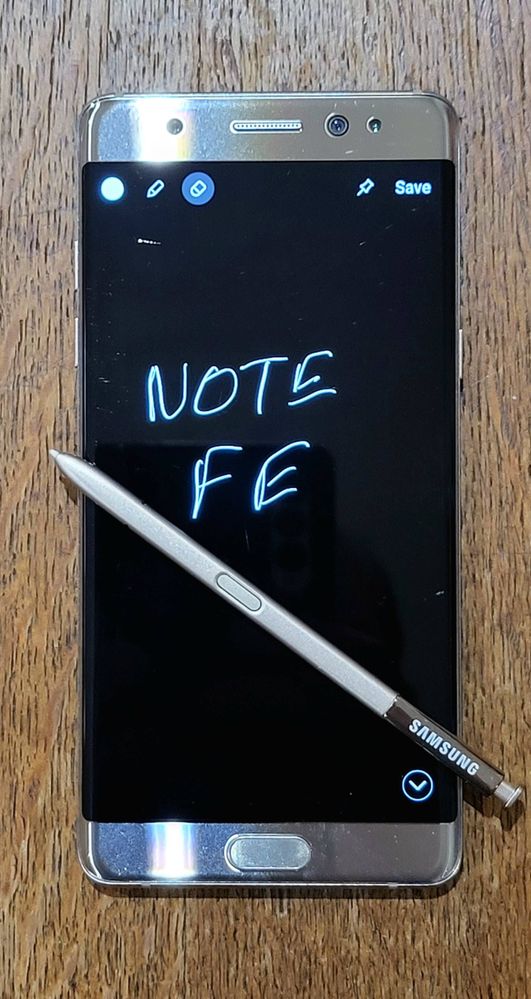 Design of it is clearly dated now, but I still like the look of it. Some will have a big issue with the bezels. This phone was before the fixation on wanting smaller bezels.
In the top bezel there was still a notification LED, as well as front camera and Iris camera. 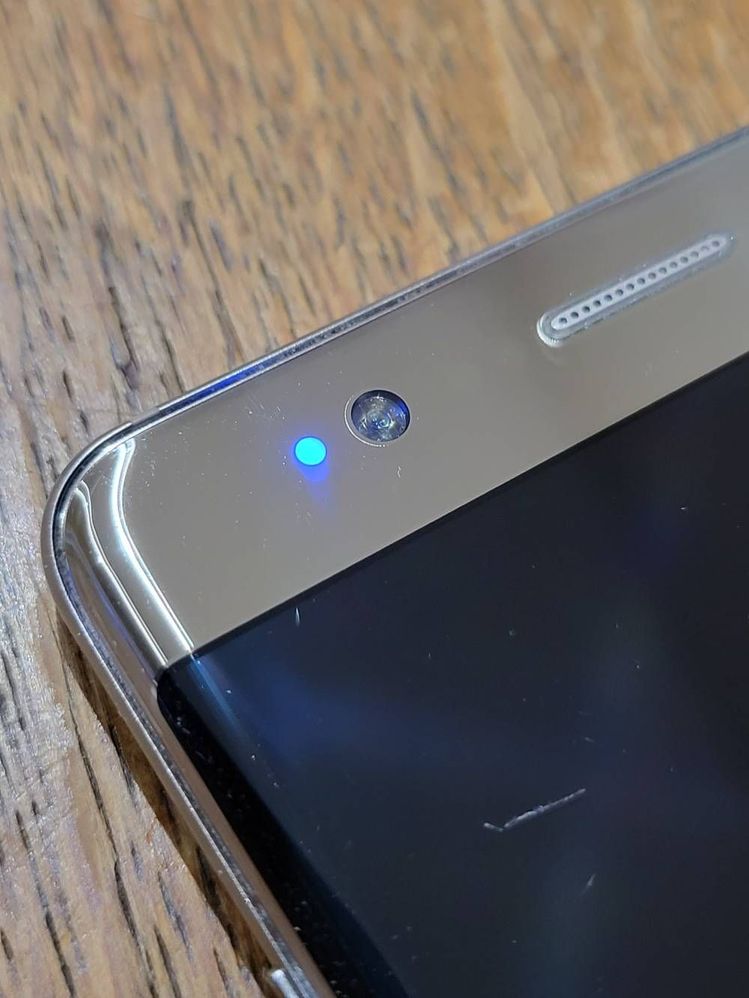 Only one camera on the back, but at the time it was definitely up there with the top of the range stuff. 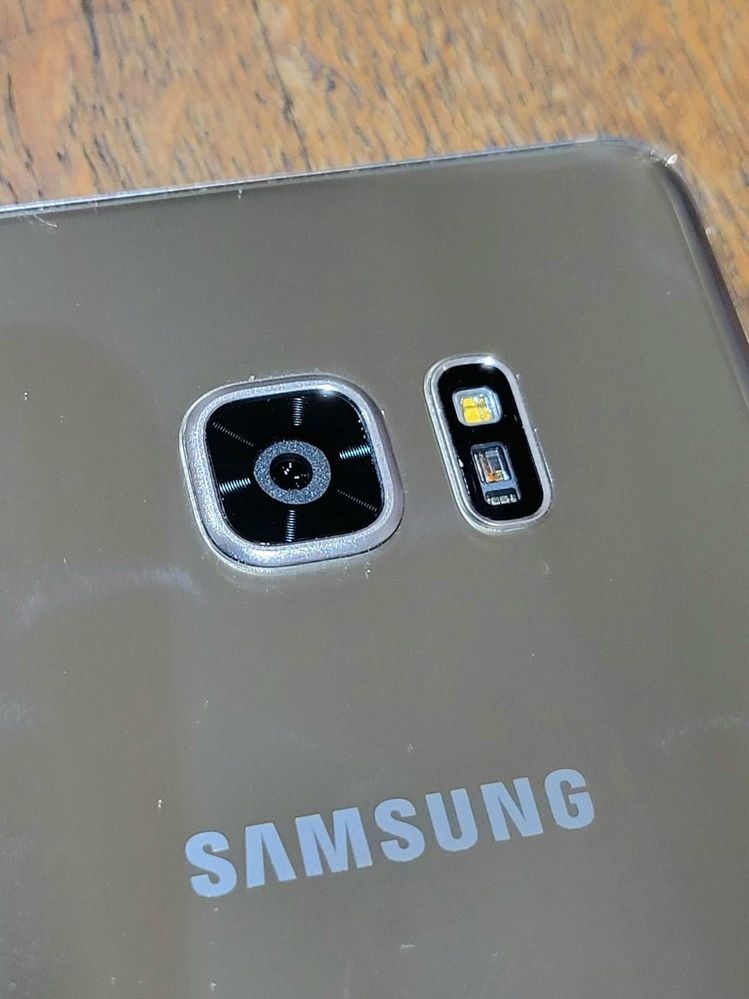 Bit over saturated at times and low light it starts to grain. But passable photos now. 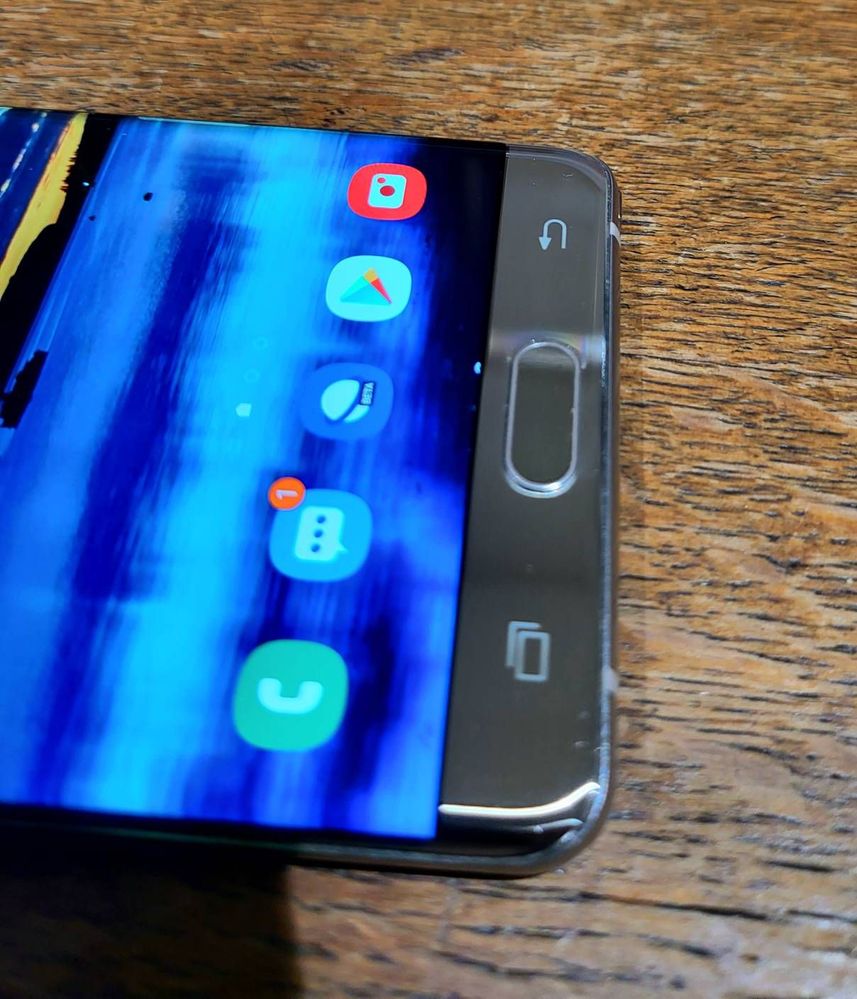 No swipe gestures of course as the recent and back options were in the bottom bezel with touch response. Home button is an actual button that has the fingerprint sensor in it. 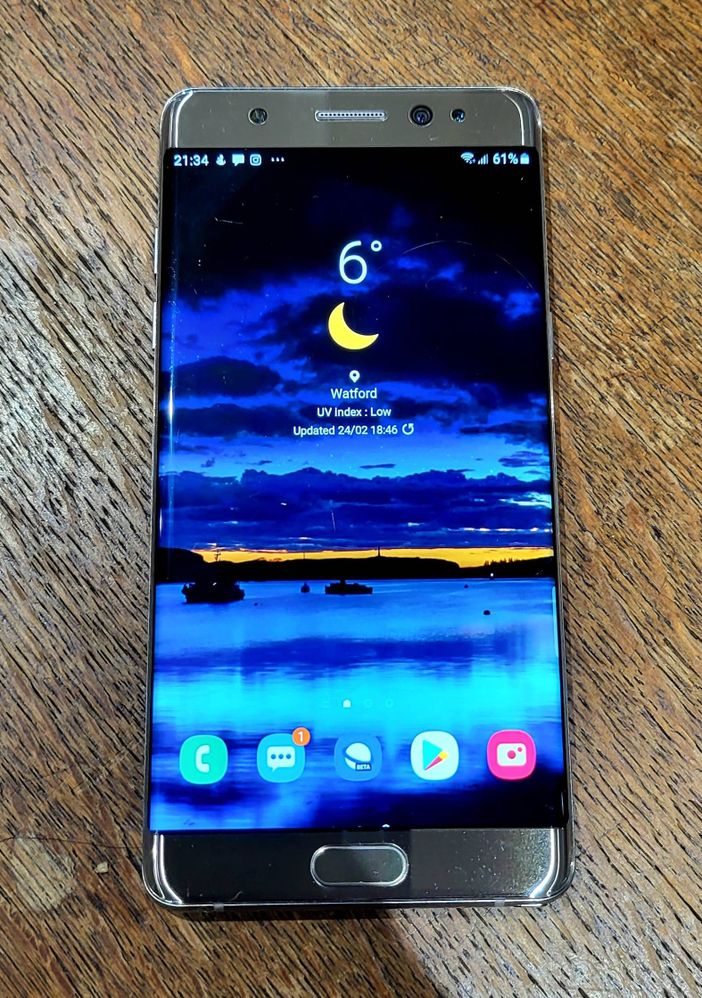 Screen is still a beautiful thing to look at and use. 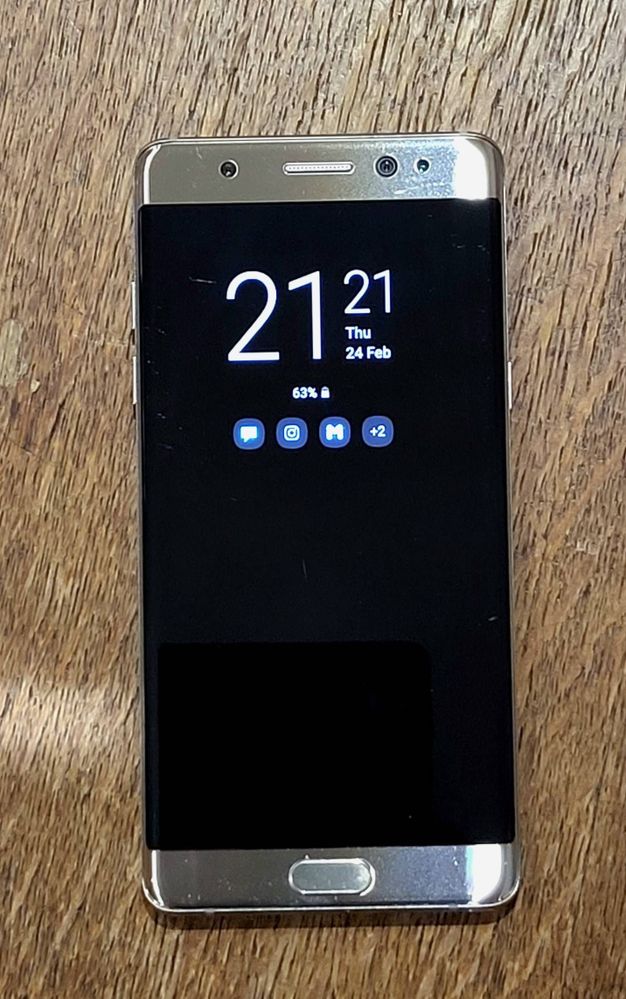 Screen off memo, live wallpaper, always on display etc.
The curved edges were just right for the Note screen, not as pronounced as the Galaxy S7 was. Gave the phone a just right look. 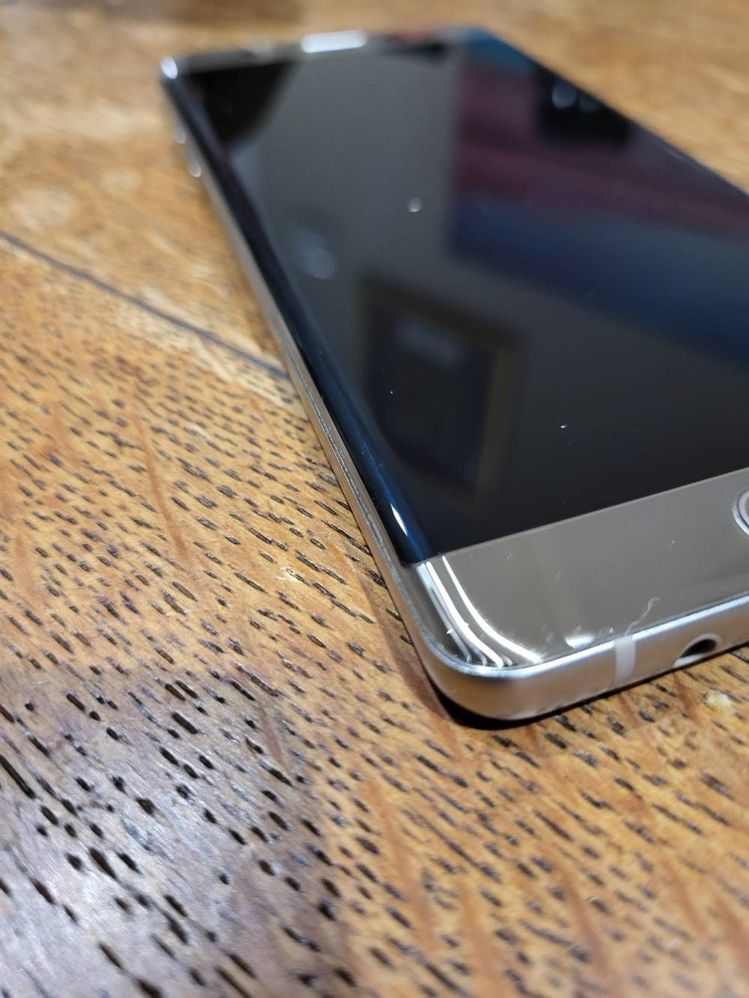 I used the phone again for two weeks, after I thought I would use it for a day or two. Whole experience took me right back. It was I think the last time I really really looked forward to getting a phone. I guess that’s still with me now a bit with the S22 Ultra.
I’m currently at the time of writing, waiting for my Galaxy S22 Ultra, and I’m looking forward to it actually with some of the can’t wait feeling. I wanted to get the custom website exclusive colour, hence the wait. 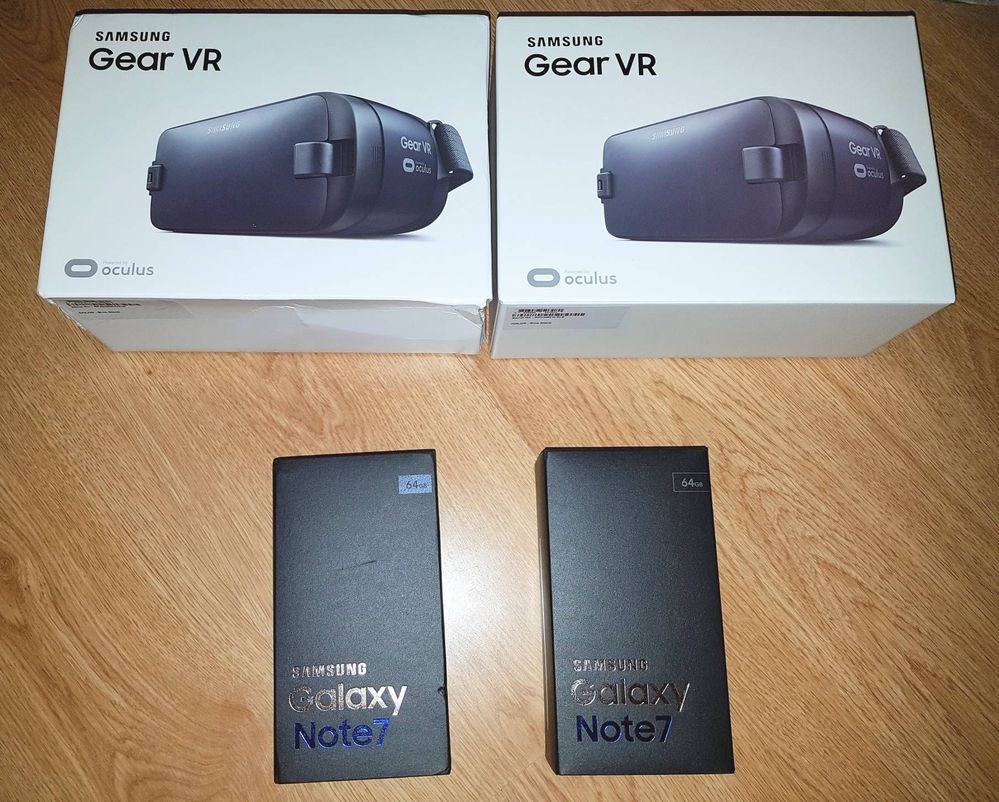 Really I was surprised at how the Galaxy Note Fan Edition held up to be honest. Its surprisingly still a very usable phone, and it’s a real shame that the battery fires set back Samsung for a few years the way it did.
But clearly Samsung have bounced back with some great devices. 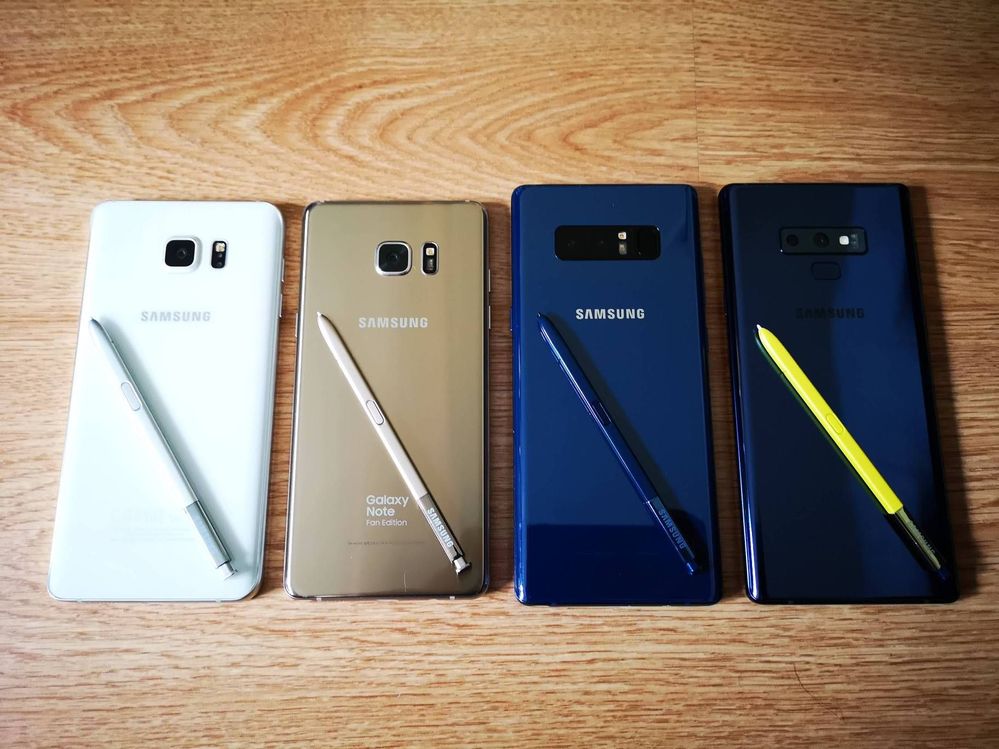 The S22 Ultra is literally the Galaxy S and Galaxy Note combined to give a phone the Ultra badge properly, and can't wait to get my hands on it.
4 Likes
Share
Reply
11 REPLIES 11

@Glenntech Thanks for  sharing your experiences  and always good to have a trip down memory lane 😀 The Galaxy Note Fan Edition  looks to still be quite impressive in the circumstances.

I loved the Note8, the design was just epic, they way the camera modules were laid on the back, although the fingerprint sensor was in an odd place, it didn't phase me, it lined up perfectly with the camera modules, the front of device was cool two, all the different sensors all laid side by side.

Oh I miss them.

Other Smartphones
I know it's a bit of a long post and it could easily have been longer 😂
It's amazing to think what those old things had on them. Also how small it feels now. Though I thought it was big at the time.
Just dug it out a couple of weeks ago and thought I'd see what ut still felt like
1 Like
Share
Reply

Other Smartphones
Oh yeah I had nearly all the Notes and most of the S phones.
Was a kind of character to the old ones.
The Note 10 plus I had was in that chrome look. I was kind of sad to see that go as well.
But tech moves on. There's always something bigger and better coming out.
Thanks for taking the time to enjoy this 😊
1 Like
Share
Reply

Other Smartphones
@Glenntech quite a detailed post but I was very interested 😁 yeah was a good idea as old tech can still have its attractions even if we are always keen on the next big thing . Obviously need to keep on pushing the boundaries though and our expectations change over time.

I still remember my visit to my local Samsung Experience Store and the Samsung Note⁷ catching my eye. After using it for around an hour I knew I wanted that phone.

I then had to wait a few days for my salary to be paid.

I returned to the store to find the display stand for the Note⁷ empty and the phone recalled.

I can honestly say I was gutted @Glenntech

Other Smartphones
Well I consider myself lucky that I got to use them, as so many others never had the chance.
Was so gutted to give them back. Luckily as your finding out with the S22 Ultra. Samsung are still in there with really nice phones
0 Likes
Share
Reply

I'm sure you was saddened to have to send them back.

Other Smartphones
Ugh I keep hearing how good the S22 Ultra is.
I just want mine delivered now 😒
0 Likes
Share
Reply