Android 12 available only on certain devices

Other Smartphones
Just being researching about Android 12 apparently it's only available for certain device phones I should put a link down below so if you want to read up on it have a look I'll drop a link down below
https://developer.android.com/about/versions/12/devices 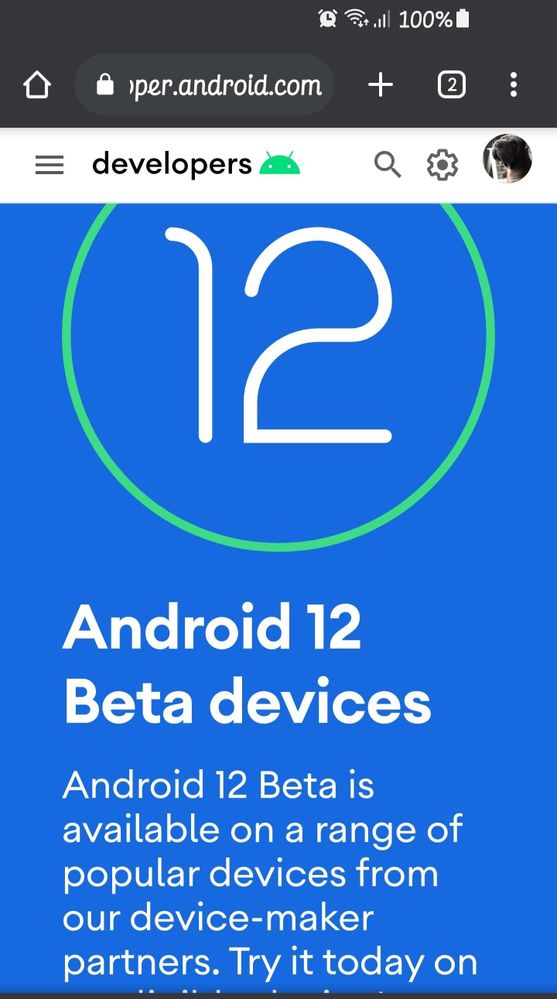 Other Smartphones
Finally they'll sort out the camera potential.

Many Android devices today ship with ultra high-resolution camera sensors, typically with Quad / Nona Bayer patterns, and these offer great flexibility in terms of image quality and low-light performance. Android 12 introduces new platform APIs that let third-party apps take full advantage of these versatile sensors. The new APIs support the unique behavior of these sensors and take into account that they might support different stream configurations and combinations when operating in full resolution or ‘maximum resolution’ mode vs ‘default’ mode.

Other Smartphones
Note the term beta. It will be rolled out to all Samsug devices eligible for at least one Android upgrade eventually. Maybe next year some time
1 Like
Share
Reply 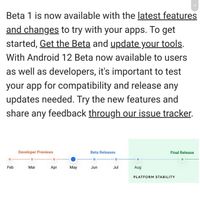 As mentioned by @antikythera  the key word is Beta  named after the second letter of the Greek alphabet and following the alpha phase of software.   Beta testing  is performed by users on a real  environment and there are likely to be some bugs encountered.  Whilst some users are fine with testing  and experiencing new features first, others who only have one device which  they are reliant on may be more wary.

Anyway Google devices have access to the Beta and final versions earlier than for instance Samsung.   It is envisaged that the final stable release may hit pixel Devices in September/October, Galaxy Devices would be  a bit later.