I have been trying to transfer my data from an iphone se 2020 to galaxy tab s6 for the past few days.

The Iphone and the Tab both have 128gb storage.

Im using smart switch with a cable. From the watsapp website and samsung instuctions it seems the only way to get watsapp data from ios to android.

Smart switch says about 1h 30 min for the processit actually runs for about 2 - 3 h in the first phase. The second phase takes another 1 - 2h.

The battery of the Tab drains very fast and charges the iphone at the same time. After the third cycle I put the iphone on the contactless charging pad so it charged the Galaxy tab instead.

After every failed transfer I had to reset the Tablet back to factory settings. According to instructions the full transfer with all the data will only work durig the setup process. Once the tablet is setup you can only transfer a limited amount of data.

As before it all works fine until right at the end

With the initial transfer process finished the Tab prompted me to disconnect from the Iphone. At that point there was around 105gb of data on the tablet. Once the tablet starts rearranging the data, it seems that the storage in the tablet continues to fill up even more until it reaches the full capacity.

Before the second phase ends tab shows warning - storage space critically low. At that point the aprox. 2 hour arranging data process (second phase) cuts down to only a few minutes and most of the transferred data is lost. There is no notification that the process has ended prematurely or why. At the end there is a report. It says that various apps and watsaap content was unable to transfer.

Initially I tried to transfer all my aps from the iphone. When there was not enough storage for that, I only selected watsapp to transfer. At one point i also tried to offload as many of the samsung / android extra apps to save storage on the tab. The main data i'm trying to get on my new device are my watsapp chats. Total 80.5gb. Everything else I will be able to get once the respective apps are installed.

What am i doing wrong ?

Mobile Apps & Services
Why are you changing from iphone to samsung?
0 Likes
Share
Reply 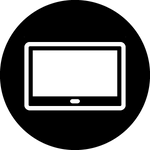 Mobile Apps & Services
If you're having problems with using Smart Switch with a cable. You can try wirelessly. If the problem continues. Also if your WhatsApp messages are not coming through. You can back them up to Google Drive and restore on your new device
0 Likes
Share
Reply