So This morning most of the apps on my S22 Ultra are crashing.

I tried the Android system webview fixes, they did not fix the problem although I think that is the culprit.

I tried wiping the system cache, I tried repairing the apps, I tried running the phone on a previous version of Android system webview. Nothing is fixing the problem. This is the 3rd time this year that this application updating has broken my phone. It makes the device basically worthless until Samsung pushes out a new update.

Why does this keep happening? You'd think by now this would be tested before it was released and pushed to everyones phones. Honestly I am at a loss for words on how poorly this is being managed.

Galaxy S22 Series
Got the same issue since updating it today. Getting Media storage stopped working message every minute or so. Apps crashing and music files have the message file type not supported up until today they where. Trying everything but a factory reset
2 Likes
Share
Reply 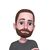 Galaxy S22 Series
I've been having the same issue for a few days now.

Apps crash, and then it comes up saying the app has a bug and to wait until the developer releases an update.

At most I can restart my phone and the odd app may work for a little while before crashing again.

There seems to be a new software update so im hoping its a fix,  installing now.

update: no crashes since updating phone software...well see how it does.

Update #2:   the update i installed yesterday seemed to fix the issue, since I installed it no more errors for me

I have the same problem. Apps keep constantly crashing. I look for updates (system + apps) almost every day. Restart, clearing caches, uninstalling and updating Android System Webview manually did not work. My phone is currently not useable.

This how I fixed mine, recently updated to the new android version and this started.

Anyways, it has to do with 'android webview' you have to clear the caché and also make sure to go into the secure folder app and do the same in there.

Once in secure folder click 3 dots in right hand corner then settings then apps find 'android webview' and clear the caché in there as well and make sure that app is not in any sort of deep sleep mode.

Only then did my phone return back to normal with no more crashes.

This started to happen to me yesterday morning. I went through various attempts at clearing the cache and cache partition from the boot menu with no luck.

Finally I started in safe mode and turned my wifi on. I deleted apps I no longer use, but that was more for my convenience then a necessity. I left it for about an hour and tested the apps that I had access to, such as Google, that was previously crashing and I had no issues.

I rebooted the phone out of safe mode and selected the launcher I wanted as my default. The 70% of apps that kept crashing, I no longer have issues with and it has been hours since the restart. Typically after the restart the apps would work momentarily but would eventually fail. It has been several hours and I have not had a repeat of any app crashes.

My best guess is the One UI Home at restart started to crash and had a trickle down effect. I don't use this as my launcher, my default launcher is Nova launcher, but the one UI home still runs regardless. I think having it start with no connection allowed for whatever boot cycle issue it may have had to stop and /or allowing wifi without Nova Launcher having authority allowed for the One UI Home to correct the issue. Not sure.

This one actually helped. Finally no crashes. Thanks for your tip!

And big big shame on Samsung...