Camera Not focusing on objects not close!

Galaxy S21 Series
So I've took a trip away to london, and when trying to take photos of objects I've noticed the camera will not focus! It only will focus on stuff close to the camera!
Is there anyway to fix this? I haven't noticed it before and only just recently noticed! Is this a hardware or software issue? It only happens on the 1.0 lens, when I use the wide angle it focuses fine! As shown in the photos
(view in My Videos)

Galaxy S21 Series
Hi,
If the camera isn't focusing, you should try resetting the camera to its default settings.
Tap the Settings gear, and then swipe to and tap Reset settings
0 Likes
Share
Reply

Galaxy S21 Series
Hey steve, sorry I forgot to mention in the post I have done everything samsung has said on it website, including this! Still hasn't fixed the problem unfortunately:(
1 Like
Share
Reply

Galaxy S21 Series
Hi, I had the same problem. Then I randomly tried to change the capture function in to 'food'. In so when it on taking photo of food function, it actually is able to focus very close 😅
0 Likes
Share
Reply

A smudge or speck of dust could mess with the focus.

Also some users found that rapidly tapping the middle of the screen when in camera helped .

Worst case scenario a hard reset is highly recommended as Android 12 seemed to have messed a lot of people's phones.
0 Likes
Share
Reply

Galaxy S21 Series
I've looked online and alot of people are saying shaking the phone works! This seemed to work for me too but yet to test it properly!
0 Likes
Share
Reply

So I was reading forums and they said they found the camera would work when you shook the phone!

I tried to take a photo, and then when it didn't focus I shook the phone. This seemed to fix the problem, but only while I was in the camera app.

It seems I need to shake it every time? Maybe the lens is getting stuck somehow?
0 Likes
Share
Reply

I know this is an oldish thread but did you ever get to the bottom of this?

I started experiencing the same issue on the 12th Dec 2021. Contacted samsung and they advised it may be a hardware issue and to get it checked so I got a wefix engineer out to my house who said he could find nothing wrong with it and wouldn't replace the camera.

Despite this and the factory reset that went with it, the problem persists and is intermittent. 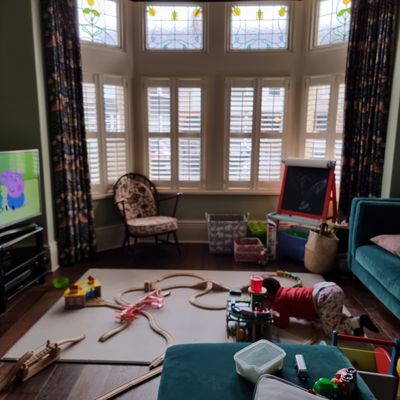