I really don't understand it, I recently updated software and now my camera is doing this, live chat is just bull***t I can never get past that bloody chatbot thing, anybody help please, I've already restarted my phone twice, deleted and reset camera data/settings and it's still doing it 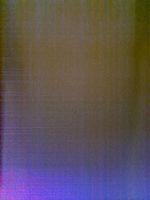 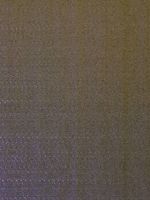 Galaxy S20 Series
Is the lens cover clean? double check there's nothing on it that could cause light refraction. Normal and zoom use a different sensor to wide angle. So it's entirely possible that the one sensor is going bad but the wide angle is still okay
0 Likes
Share
Reply

Galaxy S20 Series
Yes mate the phone is very clean, its just taken me me nearly four hours to get through to someone at samsung, they took me through loads of troubleshooting including putting phone in safemode, they finally accepted its covered by warranty and have booked for doorstep repair service, I've never seen that problem before, when camera app is used the blue seems to creep in from the bottom and then lines appear and it gets worse but in ultramodern mode it's fine and camera in Snapchat and other apps is fine, strange but I'll update when repairs are done and hopefully anyone else has the same issue they will know what to do.
1 Like
Share
Reply

Galaxy S20 Series
Update, Samsung sent wefix engineer to fix the issue however he comely ***** it and everyday of my camera was blurred, he told me he'd replaced the camera a d mother board but Samsung had no record of any of that, fastforward 3days, a second engineer arrived and immediately looked at the camera and said yeah that's broken took it to his van and within half an hour my camera came back all fixed and seems to be clearer and better than it was originally, there are some scratches and one chip around the sim slot which I'm not very happy about from the first engineer ut I can't categorically prove he did it so can't do anything about it e en ybo my phone was in pristine condition prior to him touching it,(note to other users; always check with Samsung to see if the work engineers say they carry out actually matches with what's been done.)
0 Likes
Share
Reply