Can anyone confirm if I am able to buy official replacement screen protectors for the Note 10 plus in the UK? There are none on the Samsung Online Store ( only for the S10 plus which also came with one pre installed ) and apparently none in the Experience Stores.

The one that is pre installed will need replacing at some point and I would be interested to continue having the genuine Samsung one.

So far, Samsung UK have not provided a clear answer to this.

Update from Samsung regarding the fingerprint sensor

Apparently Samsung has released a software update for this issue. I am not sure on what phones is available, mine is the Note 10 plus 5G 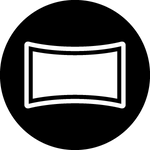 Firstly, glad someone started this thread. Secondly, I saw the same message in Samsung Members app.

I assumed that Samsung sold a replacement but found none when I looked on the Samsung UK online store and US online store.

It's funny that Samsung suggest using their own products yet don't sell a replacement. I was having problems with the area around the screen where the fingerprint sensor is so, without thinking about what I was doing, I took the factory installed screen protector off. Unfortunately I couldn't salvage it from the bin as it seems a different adhesive is being used on the factory installed screen protector. I'm now forced to used the clear view case I purchased but I'm now super anxious about dropping my phone because the flap on the front of the clear view case does not stay in place when sat face up and because of this, the screen is not always protected.

I'm just on the process of installing the update that Samsung have released. Still in search of a genuine replacement. Anyone sees one, please post in this thread.

@Cosmic730 I totally agree with you.

Related to Samsung removing the screen protector from their website, I don't think that was the case. I began searching for them about 3 weeks ago when I bought my phone with no success, so they weren't there to start with. Please update this thread if you find any.

@DL31 I can take that. If they can tell me which screen protectors have had their seal of approval, I will buy it/them.

In some statements, Samsung did say to use their own official accessories. The S10 came with a screen protector that was pre applied just like on the Note 10, and the official replacement ones are available.

Well we can assume that the problem is the following :

- a consumer registers his fingerprints with the screen protector ON

- the fingerprint sensors registers (wrongly) the pattern of the protection

- when someone applies his fingers, the protection pattern is read by the sensor, matching enough similar points to have the sensor judge that the fingerprint is valid --> unlock device

So (assuming that's how the problem occurs) if one registers his fingerprints with protector on, all he has to do is test with his other unregistered fingers if he can unlock. If not, then there is nothing to worry about ; even if the screen protector is not approved by Samsung.

The user registers his thumb only. He tries to unlock the Note 10 using his index finger which is not registered and it doesn't work. He then adds a silicone case to the screen and places his index finger on the ultrasonic sensor again and voilà, phone unlocked.

Galaxy Note10 Series
I agree, why would they add one to the device and not sell the replacement.
2 Likes
Share
Reply

@MadalinK  seen this video, i also linked this on FR forums but i can't read what's written in the options so for now i believe it is fake (maybe he registered his other finger with the case on previously, or apply wrong pressure when testing his unregistered finger without the case - this sequence is very fast, not like he really attempts to succeed).

UPDATES from Samsung regarding the fingerprint sensor issue :