Hi, I am having an immense issue on my phone, which also many other people are encountering I saw online as well. I keep getting a non-stop silent notification which says USB Connector Connected / Disconnected. I have a A51 phone and since 3 days this is going on.

I saw many other people encountered this issue. I have tried many of the proposed solutions but in vain. Here is a list of things I did to tackle it:

I tried all these but in vain. The issue still persists. I have heard that even after changing the USB port, the problem comes back later. So, it is not a hardware issue then!

Galaxy A Series
(view in My Videos)
0 Likes
Share
Reply

After having faced this problem, here is how I got rid of it :

- put the phone in a bag of rice for one night

For info, my phone is a Galaxy A32 bought in France brand new. I had this problem just after two months of use.

I gotta admit, the cleaning part only worked for two hours (the problem would come back).

It's only when I cleaned AND put it to dry in a bag of rice that the problem vanished.

I hope this can help anyone having this issue.

I wish you all a nice day

Hey! I just solved this exact issue on my S21 Ultra.

On the night of 2021-11-04, my phone displayed the "USB Connector Connected" and "USB Connector Disconnected" loop bug thingy. After some troubleshooting, I discovered the reason. It has nothing to do with moisture as suggested by some people on the internet.

I have used an Anker USB C cable as my charging cable, together with an old HTC 5V 0.5A charger. I like using slow chargers since I charge my phone overnight and I have Tasker on my phone running, and it tells my TP-Link smart outlet to turn itself off as the phone reaches 80% charge. Thus, I can charge my phone slowly overnight without making it sit at 100% for hours and hours. So this Anker cable was working just fine for months and months until just recently. Here is the issue:

The main cause of this is the cable itself. I still don't know exactly what has happened to the cable that makes it behave like this, but I have tried a different USB C cable with the same charger and it works just fine. So the main fault is the actual cable, but also because I let it sit in the wall charger all night, the phone senses the stored energy inside the wall charger after it has been turned off due to the phone reaching 80%. The remaining energy in the capacitance of the wall charger makes the Anker cable somehow present a USB connection to the phone. I assume the phone then tries to act on it by exploring the USB connection further, but senses there is no actual current/power in the USB connection, and decides to terminate the connection which then displays the "USB Connector Disconnected" message. This then repeats itself.

So conclusion: this "USB Connector Connected" and "Disconnected" message loop might not be caused by moisture, but rather a somehow damaged (but not obviously damaged, just slightly) USB C cable. Further, the message will go away if you wait long enough for the phone to work through the message buffer. My advice is to use a different USB C cable, or plug the cable out of the charger if you happen to cut the power to the charger after some time, like I do, or if the charger sits in a timer in the outlet.

Galaxy A Series
Thank you for posting this. Mine started to have issue with the speaker intermittently failing and then today this continual connection disconnect issue not allowing the phone to sleep and so draining the battery incredibly quickly.
Have just run through your instructions and it has sorted out my a70.
Don't worry about your English buddy, it got the 'what to do' across perfectly. And Thank you.
0 Likes
Share
Reply

This makes sense. I've always thought it had nothing to do with moisture but rather a software glitch. I also use an anker cable which plugs in over night.  I'm going to try and run it down but I think the battery will drain prior to it fixing. My work around for the last 2 months has been resetting lphone after every charge. But that's not fun

Galaxy A Series
Hi, I am having an immense issue on my phone, which also many other people are encountering I saw online as well. I keep getting a non-stop silent notification which says USB Connector Connected / Disconnected. I have a 10s lite phone and since 4 weeks this is going on.
I 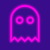 I have a Samsung Galaxy 8 that I use as my media platform in my truck. I connected it to the USB port and i get a connect / disconnect tone and signal from the phone.  The problem also happened when I connected the phone to my PC to transfer music.

Once the phone is connected on the main screen swipe down from the top and you will see Android System, USB for File Transfer, tap for options.   Tap and you will see USB Controlled by Connected Device or This Phone.

I selected This Device thinking it would resolve the issue. While the problem went away, the next time I connect to my truck, the same thing happens. Meaning that the setting is not persistent.

I tried a different cable and the problem went away. There are SO MANY different cable makers that the quality can vary greatly. Having experienced this for years with many different types of phones and cables dating back to USB mini, I strongly suggest you try a different cable. Also, if you have a case on the phone, remove it to ensure it is not keeping the cable from seating properly. if it does, you can take an exacto knife and make the opening slightly larger to let the cable seat properly.

Even I am facing the same issue my Samsung M40 doesn't turn off when I press the power button, It only works when it's connected to the charger. This started today, I would really want to know if there is any success in finding a solution to this.

My phone(Samsung Galaxy A11) has begun having this problem just today some hours ago. I got this phone by July of this year. It can't stay off when I turn it off. I have put it in rest mode but nothing happens. Has anyone actually found out the solution?