Hey all, hope you are well!

Before I start: Please keep the comments in English if possible so this post and its replies can be useful to as many people as possible! Thanks.

I've been researching a bit over the past few days over on YouTube and here on the Samsung community if the One UI 4.1 has fixed all the major issues (Battery drain, heating, bad performance..) One UI 4.0 brought to A52s. Looks like the majority of people are reporting that the new One UI 4.1 has luckily fixed most of those issues but there still are some saying that the issues are still present after the latest update.

To those who still have those issues (battery drain, heating..) I suggest you try out the instructions written down below:

I've seen people on here talking about the official samsung app "Good Guardians" and how it has helped them get rid of the battery drain/heating issues after the latest 4.0/4.1 updates. They say that after the major android updates like these ones, the phone needs some time to optimize all the apps and basically the whole system and because of that we get the heating and battery drain issues. To fix this they said they've been restarting their phones a few times a week and using the app I've mentioned. Also the app they've mostly used is the "Galaxy App Booster" you can find inside "Good Guardians". It should actually boosts the process of the apps and system optimization which means it could also fix the battery/heating issues sooner than if the system had to do everything by itself in the background.

Also some people reported that resetting the phone (without backing up the system settings (only backup your files, messages etc.)) and/or wiping the cache has also helped with these issues.

I'll attach the images of the "Good Guardian" app and what it contains. You can download it over the Samsung app store and look around for yourself.

Here's a link for the app if you're having issues finding it: https://apps.samsung.com/appquery/appDetail.as?appId=com.android.samsung.utilityapp&cId=000004665763

If none of these links work it could be the case that this app is not available in your country so you could try to download the apk over the APKMirror website.

I cannot confirm nor deny that this will help as I have yet to update to 4.0/4.1 but you can try it for yourselves if you want.

Feel free to write down your experiences with One UI 4.1 in the reply section. Also update me on your progress if you decide to test out the "Good Guardians" apps.

Hope this helps at least some of you out! 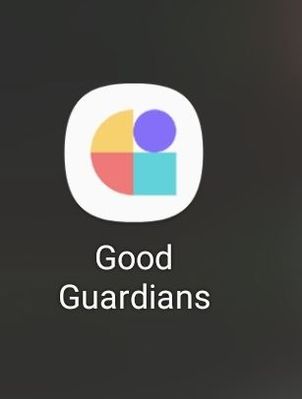 Please let us know if it helped you if you decide to try the app out.