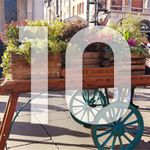 Just wondering what happens to people on beta  when samsung decide that the software is now stable ?

Do we all stay on beta until we receive the final stable build or do we have to withdraw and re flash the correct rom on sam mobile ?

Hoping we just stay on it and receive monthly patches until the official one ui 2.0 android 10 build is released ?

That is a perfectly understandable question,

Once the final beta is released all of us on the program usually get the production/final version before the rest of the population.

The beta program will automatically close leaving us with said final version.

No withdraw or flashing needed.

Final version will just appear as a OTA update.

@BenGinders has explained it perfectly

What I would like to add, is that the release of the final version depends on carrier's approval in each country.

We send the binary for carrier's approval at the same time to all countries, but the time it takes for it to be approved will differ.

So until that time, unless you rollback to Android 9, you will be left with the Beta version. Once the binary is approved, the official update will rollout and you will be able to receive it directly from Beta software.