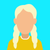 After updating Magician to 7.1.1, my M2 SSD 970 EVO went unusually slow. In benchmarks it used to be around 3.5 Gbps in reading (Magician benchmark), after the update it was only 600 Mbps. The PC was horribly low and unusable.

I tried various things (restart, check bios, remove latest Windows 11 updates), but actually it went back to normal after deinstalling Magician and reinstalling version 7.1.0 + restart. So this latest version is introducing a big issue !! I'm surprised that no one reported that issue before.

Note that the microcode version of the SSD didn't change, it's the latest (2B2QEXM7).

Computers & IT
I wouldn't bother having Magician installed at all, it serves no real purpose day to day and doesn't manage the drive performance. Quite why it impacted it so much may be down to constant scanning for drives that other community members reported on certain hardware configurations. I have the same model drive as you and strongly believe it won't be getting any more firmware upgrades.
0 Likes
Share
Reply

Computers & IT
I'm hitting manufacturers limits on both my storage drives without Samsung Magician or Crucial Storage Executive installed. CrystalMark also runs each test 5x unlike Magician which does them once. Evo 970 M.2 nvme and 2.5" Crucial MX500. AMD Ryzen 3700X, DDR4-3200 and B350 chipset (W11)