Wearables
Galaxy Active2.
Samsung need to develop an app to use for Triathlons.
After recently training and competing in my first Triathlon, I found it very frustrating not having a specific option for multiple sports eg Triathlon, yet there's one for Golf!!! (BIG YAWN )
The only option I had was to use the next work out option which was slow and very frustrating when changing to the next transition. While running the app is saying warm up slowly your running too fast, slow down because u had accidentally started the coaching run!! Very frustrating.
Anybody else had thus issue. My friend has another watch supplier which has Triathlon including the transitions.
0 Likes
Share
Reply
3 REPLIES 3 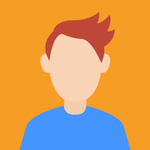 Wearables
Pratically buddy.. Galaxy watch and Serious fitness... DONT GO TOGETHER.. In other words, Samsung and serious health and fitness use are not the best buddies

I have a so called PRO (no idea what idi.. 0t, gave the name Pro).. When it comes to weight training /Running /challenges etc absolutely absolutely useless.. However however however.. To give the credit, the watch has all the hardware but Samsung health app is in 17th century rather than in 2022.. So its putting it down

When I do core Training (include 8 different items) I use OTHER rather than having to press +, more + and +
0 Likes
Share
Reply