Does anyone know if Samsung are launching a beta program for Android pie? The early builds are out.

I would have thought they would and fairly soon. 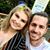 So i can see most of my friends whit Android P on they're devices and they make fun of me because i own a Samsung and they make jokes about me every single day....I dont understand why Samsung is so slow whit updates? Why so slow? They dont care or what? Another big issue is that today is 24 september and Samsung didn't relese in Uk the security patch for this month. They will relese the september security patch in octomber. So slowwwww. If Android P dont come this month i will 100% switch to pixel or huawei coz Samsung take to long to give to custemers what they whant

It's a shame your "friends" have taken it upon themselves to mock you about a particular type of firmware on a phone !

They'll want to make sure the user experience and features are fluid with both your phone and network features.

If a phone has been supplied by a network then they'll want to test the firmware on their network to ensure there are no clashes before allowing Samsung to release it.

Bugs need to be ironed out too.

My Note 9 is stable on Oreo so if I'm going to update it to another firmware I want that to be a smooth transition with a little bugs as possible.

After all what the new firmware brings in the way of features to Oreo isn't massive.

In regards to Security Patches then these should be released asap I totally agree with that.

Shame is that i own a Samsung phone. How come pixel, huawei , oneplus have android P and is so much faster then Samsung??? How come?

Does anyone know if Samsung are launching a beta program for Android pie? The early builds are out.