Imagine the excitement along with the adrenaline that kicked in when the Note 20Ultra was pre-ordered.

The same excitement was flushed away when I turned the device on and started facing issues with the antenna (signal disconnections and 0-1 bars), along with having a device that overheats.

After contacting Samsung Uk, they advised me to send the device back and get a replacement instead.

Since this new replacement arrived, the antenna appears to behave quite better. On the other and most crucial side, the phone battery cannot hold itself for more than 4h:30min hours and on top of that, the device reaches temperature that creates difficulties holding the phone with bare hands.

I've been advised by samsung's staff to give a 10 days adaptation period for the mobile to adapt and afterwards it will run smoothly. At first I thought they were joking, but I followed their option anyway.

In addition, I tried optimising/deep sleep apps/power saving mode/dark themes/5G off  and whatever suggestions were provided, just to realize that I payed an expensive amount for a device that cannot compete with the other brands, even in the basic terms of battery/heat management.

It feels ridiculous buying such a device and being asked to reduce its power just to reach a low battery life.

At the moment I am expecting " samsungs technicians " to ring me for further solutions/instructions, which most likely I will deny and return this device for good.

The whole experience it is just a shame, especially in 2020.

As displayed on the screenshot, I unplugged the phone at 91% and after 2h:40min the device was on 33%, which eventually died after 50 minutes.

I do not usually write on forums, however, this time I felt cheated by Samsung's dishonest advertisement of a powerful battery. 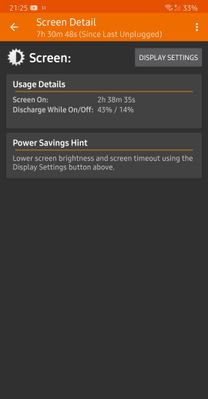 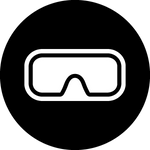 Galaxy Note20 Series
I'm not expecting issues like you are but I will say the battery is sub par for a phone this size, although I came from the S20 Ultra so I knew it wasn't going to be as good.
0 Likes
Share
Reply

Galaxy Note20 Series
I have a Samsung A 50 , which does' nt work
0 Likes
Share
Reply

We've closed this thread. Please post in the existing Note20 battery thread we have here: https://eu.community.samsung.com/t5/galaxy-note20-note20-ultra-5g/note-20-ultra-battery-issues/td-p/...

In addition, we're wanting to maintain a place where people feel able to share their experiences, advice and views, and as such behave respectfully towards each other. Please read the Community Terms of Service here: https://eu.community.samsung.com/t5/news-rules-faqs/community-terms-of-service/m-p/92#M1 and Guidelines here: https://eu.community.samsung.com/t5/news-rules-faqs/community-guidelines/m-p/97#M2