This is my first post ever on a Samsung forum or any manufacturer's forum...

Let me start by saying that I've been using Galaxy phones since the S1.

I upgraded to Note 10+ from the Note4 (after 6 years! the phone held up great!) with the hope of having a great camera and while I do occasionally get some nice shots from the wide angle (albeit will low detail)  I am completely dissapointed and really mad at the quality of photos in general in ALL other scenarios.

Night shots? Catastrophy. No detail, smudges, flares it looks like from a point and shoot camera from 20+ years ago.

ZGCam and tweaking and trying to fix it using all the 3rd party apps in the world didn't help a bit...

Outdoor photos with not perfect but still good lighting conditions? They look fine on the thumbnail until you zoom in...

The lack of detail and smudging is awful.

Selfie? They even messed up the selfie mode! It defaults to the crop mode so when you use in a 3rd party app you can get only half your face in the shot unless you move the camera like 1,5 meter away. That is unacceptable! The note4 camera has a better selfie cam for general use!!! (BTW. the TOF sensor on the back is useless because the fake bokeh produced only by the selfie cam is more accurate and looks better than the one back)

Oh my god I though I would never say this but I am really really regretting buying the Note flagship.... I compared it directly to Poco F2 Pro and P30 Pro and both of them were better in every aspect (except for the occasional nice looking wide angle photo). Even the fake bokeh mode looked better on the competition.

My question to Samsung and their team. How could you mess up the cameras on this phone so badly?

Second questions: Aren't you ashamed of the results that the Note10+ produces?

Third question (I really hope some of the mods can answer): will there be any 'magical' software update that will fix the camera and make it look like a flagship camera should or should I just get rid of this phone asap?

After what I saw I don't give Samsung any hopes in the smartphone market when it comes to photography. They are completely outclassed even by 'lowly chinese offerings'.

Btw. The Note 10+ has other severe problems aside from the camera but I was willing to give up the minijack and I was even willing to put up with the completely nonsensical placement of the power button just to have good cameras on my phone for the next 3+ years. Man.. was I wrong.

tldr: DO NOT BUY THIS PHONE IF YOU WANT GOOD CAMERAS, all my Galaxy phones S4 and up will give you more detail than the photos from Note 10+. It's not a matter of my knowledge or skills, it just sucks (the software), hardware I presume might be good enough to produce good results.

Galaxy Note10 Series
I 100% agree with you, I got the s10 and was cheated by fake reviews of a flagship phone and great camera and its absolutely hideous the photos it takes, I cant zoom in passed x3 and it becomes a horrible mess, my s6 can zoom in to x8 and it looks fine compared to my Samsung s10, people said I'm not using the camera right and change these settings but I shouldn't have to change or turn stuff off like my previous phones I aimed and clicked and they turned out fine, night mode is a mess and its gimmicky, My partner says how awful my pictures are and she has an iPhone 6 that takes way better photos, I wont be going for a Samsung again I thought maybe the s20 would fix it and if you Google bad s20 camera its the same, people will try prove you wrong here and say do a factory reset, clear you cache, close the camera app and blah blah blah, its just a useless camera, go and look at the screen shot of a video I took, If you know fawlty towers the tv show that came out in the 70s its not great quality my camera looks like it takes videos from that camera they used, also you will be told to send it to a repair shop who will say its fine, that was my phone zoomed in a little bit anyone who says that is acceptable is why we get ripped off by a company who knows its awful, tech reviews sites had to have been paid, my s6 puts this s10 to shame
Screenshot_20200710-135138_Camera.jpg
1462 KB
0 Likes
Share
Reply 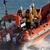 Galaxy Note10 Series
I get great shots. Your example Jason isn't great. Is it really from a Note 10? If so, really surprised.

You both might be unlucky and have duff devices. You should take them back to a Samsung store and get them checked out.
1 Like
Share
Reply

Galaxy Note10 Series
Hey biker no mine is from an s10 but was just commenting to say how awful it was since I upgraded from to the s10, my old s6 is miles ahead, colours might not be as great but the videos I can zoom on but I got the phone on contract for 24 months just for the so called great camera and zoom is awful and picture colours are awful, a video I cannot even zoom at all or they all come out like the above screenshot of one of my videos
0 Likes
Share
Reply